On November 3rd Meizu will be launching the Meizu Pro 6S, possibly the least exciting Meizu to date.

Don’t get us wrong, Meizu do still make some nice phones, but the Meizu Pro 6S appears to be a little underwhelming. According to all the latest leaks, the Meizu Pro 6S will feature a very similar design to the current metal Pro 6, and VP of Meizu Li Nan has already confirmed it will ship with the same chipset.

So with those details already known it’s over to Antutu to fill in the blanks. 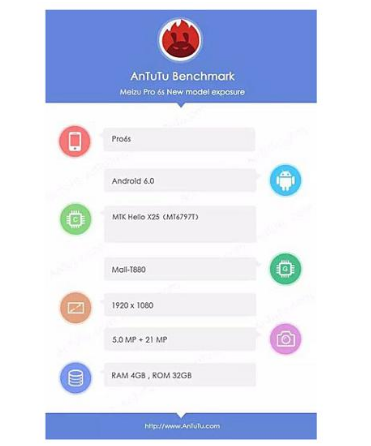 So, all in all, it’s looking like there are no updates to be found on the Pro 6S, in fact, once the Pro 6S launches the pricing for the current Pro 6 are likely to drop despite offering the same design and hardware!!

There’s always a chance that there will be a hidden feature. Perhaps a larger battery or the inclusion of a second battery, but so far this is looking rather unlikely.