The Ulefone Armor, as the name suggests, is a octa-core rugged smartphone with IP68 rating aimed at active people or those who just want a waterproof phone. It also has a solid build and that’s probably why Ulefone decided to test it against an Audi A8. Let’s see who won!

As we can see in the video, the guys over at Ulefone set the Ulefone Armor on the road and then run it over with a beautiful Audi A8 with both front and rear tyres.

The end result is pretty good, or so it appears. We cannot see any break points on the screen and the physical buttons appear to be in full working order.

This is due to the way the Ulefone Armor is constructed. It’s indeed made of two different layers, polycarbonate and TPU, which allows the phone to absorb the shock and not shatter the screen. 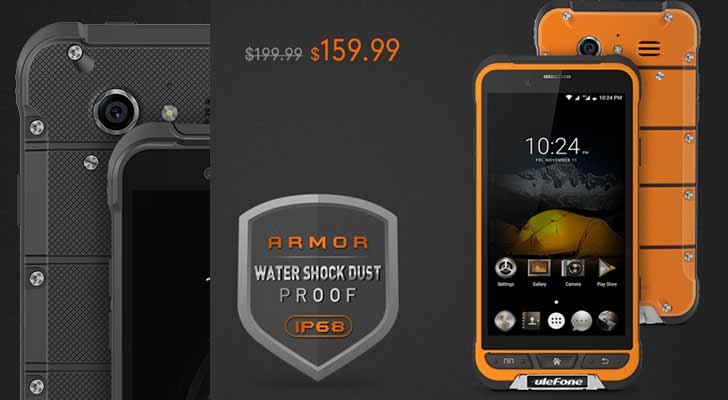 The Ulefone Armor features a 4.7-inch Full HD display, 3GB of RAM and 32GB of internal storage. The phone is powered by a MTK6753 octa-core CPU and packs a 13MP camera, NFC, gyroscope and a 3500mAh battery.

The phone is now on presale for $159.99, check Ulefone’s official website for more info.