We’ve seen images of the ZUK Edge before when the device made its appearance on the TENAA website, but we never really got to see much of the device from the black version on the TENAA site. Earlier today however, someone leaked images of a white ZUK Edge onto Weibo, showcasing the device in all of its glory. 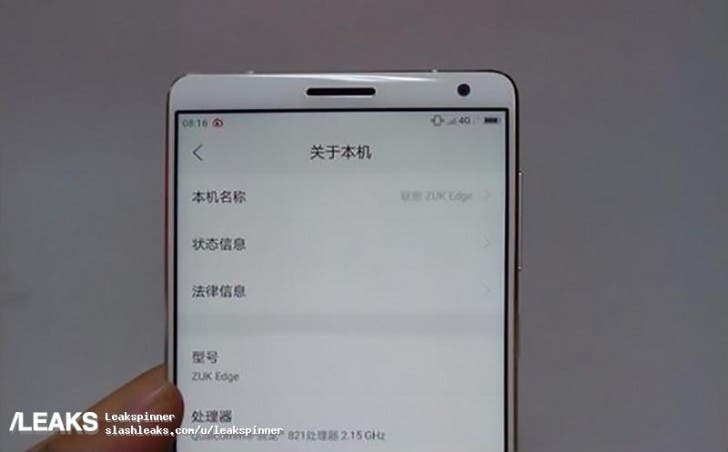 What’s instantly noticeable are the thin bezels on the top, bottom and side of the display. They’re impressively thin, and while they may not match up to the glorious Mi Mix, the ZUK Edge’s design looks much more practical to use and less fragile than the Mi Mix.

There’s also a home button right under the display, which probably also hosts the fingerprint scanner like other previous ZUK devices. We can also confirm that the device is in fact, powered by the Snapdragon 821 clocked at 2.15GHz, though there was never much doubt about that.

Previous The OnePlus 3 gets discontinued in Europe and the US

Next Android 7.0 Nougat for Elephone P9000 is out (albeit with a few bugs)