Meizu’s M5 Note may not be the most exciting launch of the year, but it’s definitely still a noteworthy launch. If these leaks are to be believed however, we may be seeing this launch fairly soon.

A leaked roadmap of Meizu devices shows that the company plans to unveil the M5 Note in December, next month. This is surprising considering that Meizu will be unveiling the Meizu X on the 30th of November, and a simultaneous launch seems logical. 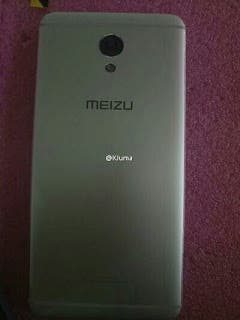 The device’s leaked specs include MediaTek’s Helio P10 processor running the show, along with 3GB of RAM and 32GB of internal storage. On top of that, we also get a 13MP rear and 5MP front camera, and a full HD display.

What are your thoughts on the Meizu M5 Note? Is Meizu perfectly in control of things, or are they starting to lose sight of what to do? Tell us in the comments section down below.

Previous Oppo announces the A57 in China