You guys remember the HTC One M9? You know, that HTC device with the great speakers and terrible rear camera? Well, if you’re one of the people who’s still holding on to it, then you’re in luck! Your One M9 should be receiving a Nougat update real soon.

Both HTC USA and the famous Mo Versi announced the news on Twitter, stating that owners of unlocked One M9s should be receiving Nougat updates soon. The update package is quite large at 1.21GB, and comes with some stability fixes as well. 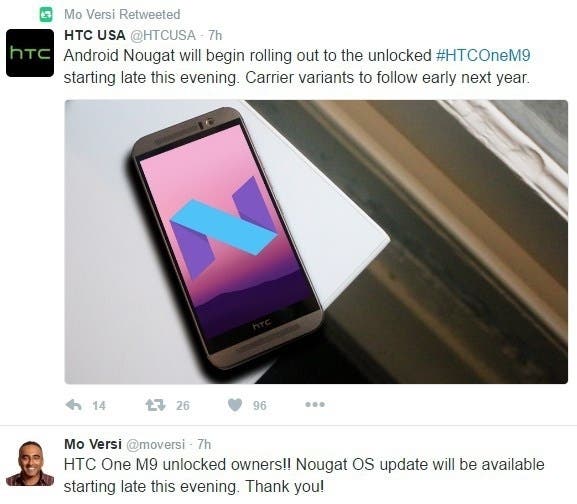 The update reportedly changes quite a few UI elements, though nothing too drastic to take note of. For now, this update is limited only to the unlocked variant of the HTC One M9, but the company has confirmed that Nougat will be rolling out on carrier variants of the M9 starting in early 2017.