Here comes AnTuTu Labs once again to let us know what the companies are preparing for us! So, recently a Sony smartphone code named G3221 visited AnTuTu for a benchmark and during that time, it gave us vital information. 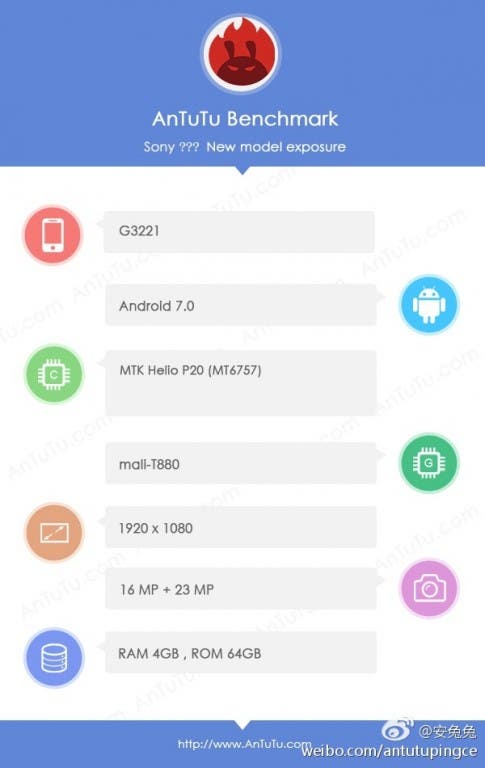 According to the benchmark results, the mystery device will sport a Helio P20 chipset paired with a hearty 4GB of RAM and 64GB storage and will run Android 7.0 Nougat at launch. The Sony G3221 also sports a 23MP main camera and a 16MP selfie cam, plus a 1080p screen.

From the looks of it, it could be an Xperia M5 successor, a phone that has similar specs but… no one can be sure until we have official announcements.