It seems that battery heat problems are now really significant to Samsung and for a good reason, don’t you agree? According to information, the Korean company plans to use the same heat pipe design that Galaxy S7 has and incorporate it into the Galaxy S8’s design. In case you missed it, the Galaxy S7 was Samsung’s first phone to feature a heat pipe – one of the thinnest in the world at the time, with only 0,4 mm thickness. 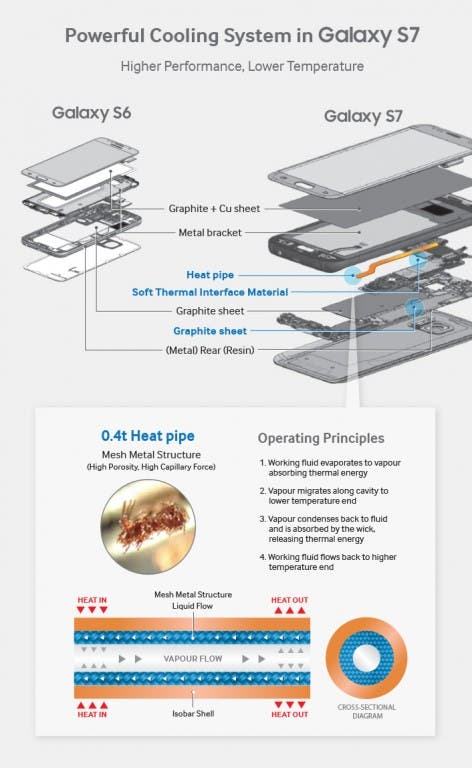 Using this heat pipe, Samsung managed to take the heat from the chipset and bring it to a graphite sheet on the back where it could be dispersed. The use of heat pipes is not something extraordinary today, since they can be found in high-end computer coolers (both desktop and laptop) and have gained popularity in phones recently.

So expect to find one in the upcoming Galaxy S8 model, that will make an appearance in the coming weeks.

Next Oukitel U7 Plus getting the Android Nougat upgrade