The next device in Huawei’s P-series of devices is only a month away, but that’s not going to stop leakers. Some renders of the device have been leaked, revealing the device’s rear and front designs. These renders reveal some fairly odd choices on Huawei’s part, though there’s not really anything drastic. 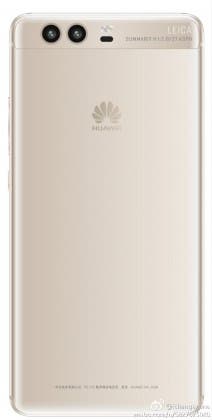 The rear once again features a dual camera setup with the Leica label on the rear. The laser autofocus and LED flash are in the same position as previous devices. And finally, in place of the fingerprint scanner we now have the Huawei logo instead. This time it’s the complete logo, not just the name of the company.

The front of the render shows us the now front facing fingerprint sensor along with a few other things. For starters, it seems like the Huawei P10 will feature the same curved glass design like the Mate 9 Pro. On top of that display we have sensors, the earpiece and the front facing camera, as well as a smaller Huawei logo.

Overall, there aren’t that many changes to be seen on the new P10’s design. It’s fairly odd to see the fingerprint sensor moved to the front for no apparent reason. But aside from that and the new display, it’s disappointingly similar to the Huawei P9. What are your thoughts on the Huawei P10 so far? Tell us down in the comments section below.

Next Giveaway: 10 winners win one of 10 cool Dodocool gadgets each! (ended)