Oppo, the Chinese phone maker, is working on a new mid-range phone and specs have been leaked via GFXBench!

Another mid-ranger from Oppo is on the way! The new smartphone is currently codenamed the Oppo R66 and recently popped on in GFXBench benchmarks that have been posted online! 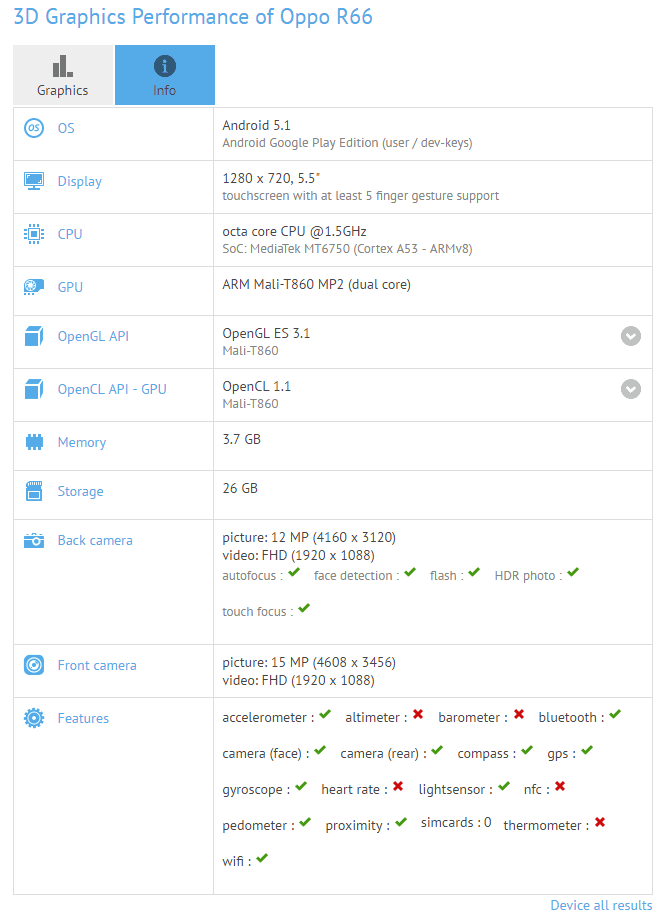 The benchmarks also reveal that the Oppo R66 has a Mali T860 MP2 GPU, 4GB RAM, 32GB internal storage and will support memory expansion via an SD card slot.

Oddly though, the Oppo R66 is still showing that it is running Android 5.1 which is way behind the times, and would suggest that Oppo are waiting for a new flagship launch (Find 9 perhaps?) before releasing an Android 7.0 ColorOS update.