Samsung, after weeks of investigations, has finally revealed what caused the massive amount of problems with the Samsung Note7 overheating or even catching fire. The issue was so bad that it got the phone actually banned from many airlines around the world! 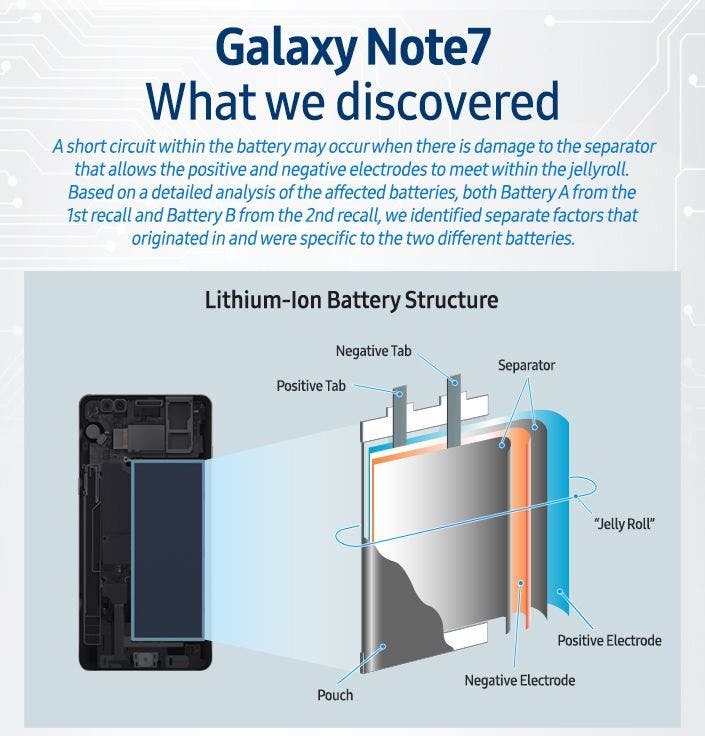 As everybody suspected, the problem was indeed in the batteries, but oddly enough there were issues in two different batches coming from different manufacturers, a rather unlucky circumstance.

The first batch of batteries had a design flaw in the upper right corner, that made the electrodes prone to bend and, in the worst cases, led to a separation between positive and negative tags, causing a short circuit. 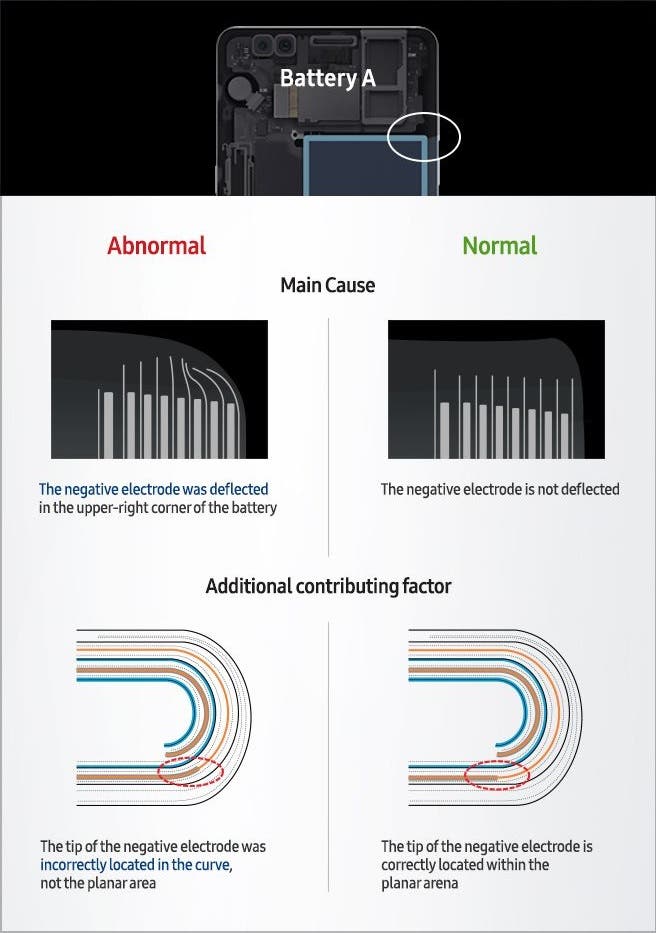 When Samsung noticed what was happening with the Note7 they asked another supplier to produce batteries for the replacement units. This time there was no design flaw but an actual defect in the manufacturing process, most likely caused by the short time and consequent rush of the supplier to meet the demand. 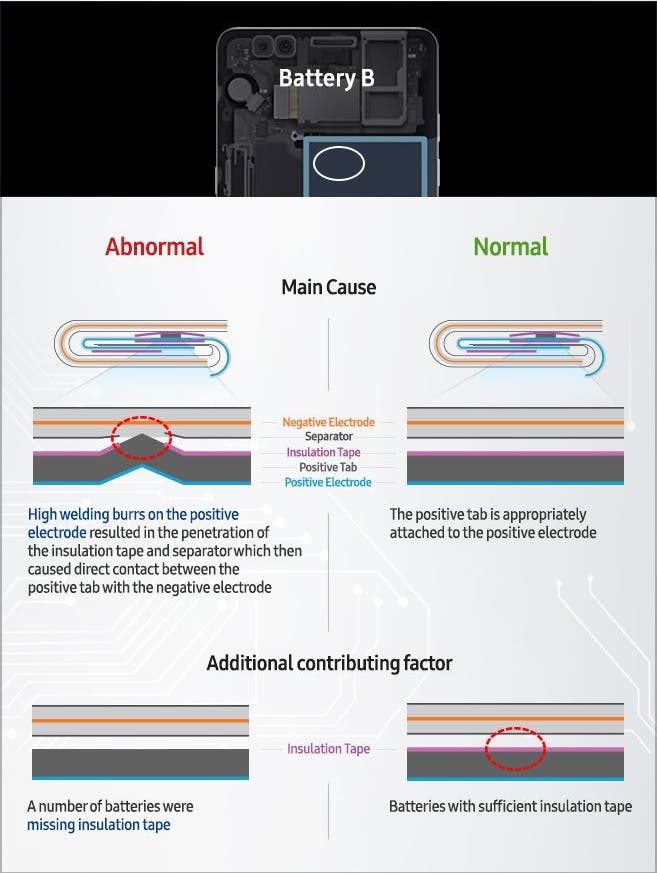 “It was a painful crisis to me,” D.J. Koh, Samsung’s mobile chief, said in an interview. Calling it the worst stretch in his 33 years with the corporation.

Samsung affirm they had more than 700 engineers working on figuring out the cause of the problem. They have tested more than 200,000 Note7 and more than 30,000 additional batteries.

Samsung also said that the problem was not caused in any way by the design of the phone but was limited to the batteries themselves. This has been validated by three independent testing companies, including UL, Exponent and TUV Rheinland.

In the light of what happened, the Korean company has taken a much stricter testing approach for the batteries and the final phone. It’s composed of an 8-point battery safety check which comprehends: durability test, visual inspection, x-ray test, charge and discharge test, TVOC test, disassembling test, accelerated use test and △OCV test. 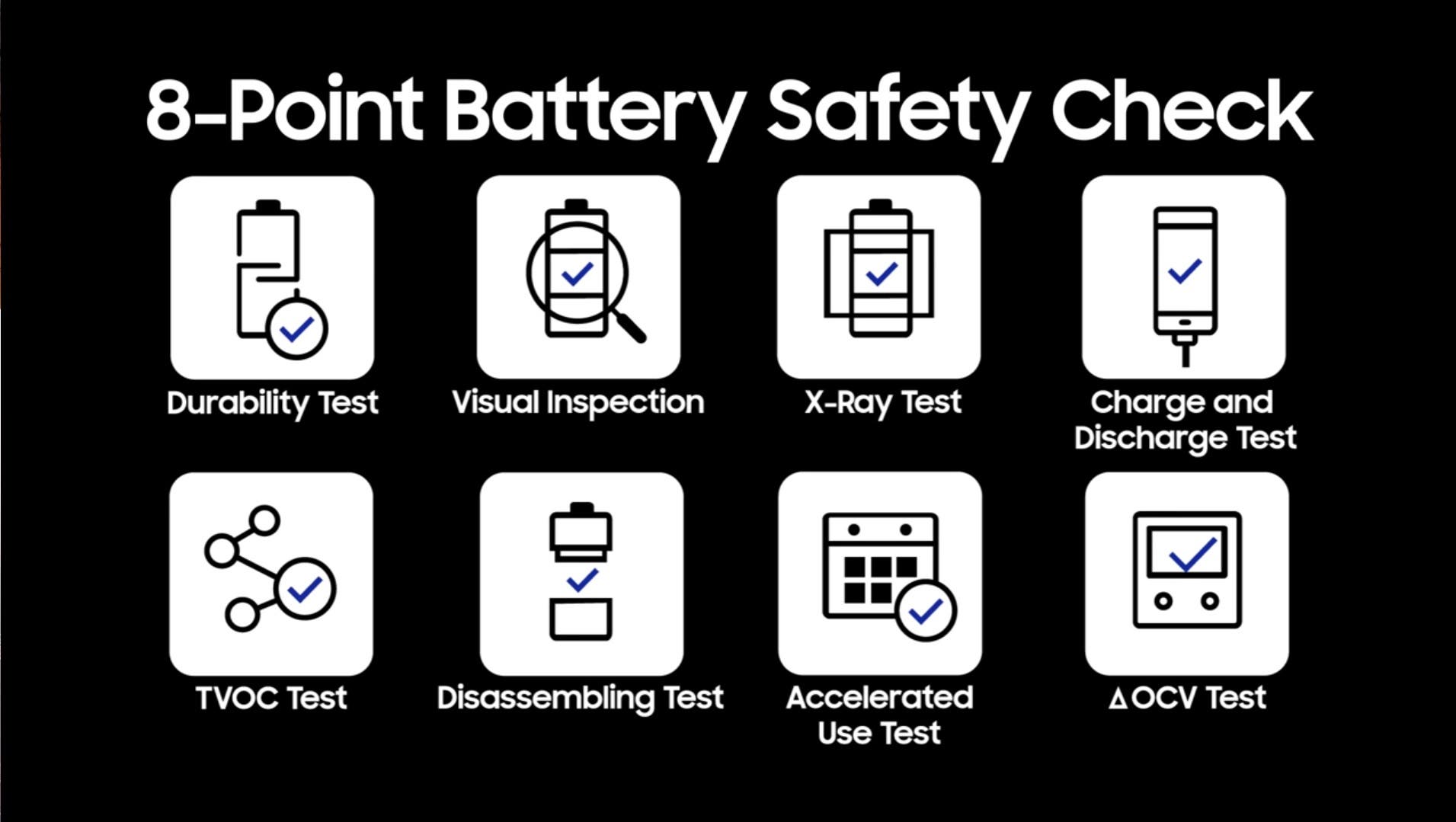 There are going to be some tests we’re going to do that we believe go well above and beyond the industry standard.Justin Denison, head of product strategy and marketing for Samsung US

The company say the upcoming Samsung S8 will withstand all the aforementioned battery safety checks. This will also be the case an all the other 2017 models.

Previous List: All Xiaomi phones that will be getting Android 7.0 Nougat