In the next few days Meizu should launch the new Meizu M5S, and thanks to leaks we might finally know the price.

Meizu is working on a new smartphone, one that will take off where the current M5 range ends. The rumoured new phone is believed to be the Meizu M5S and will feature a few slight updates over the M5 that launched back in October.

The past few weeks have revealed various leaks of the phone, but it’s only today that we’ve finally learned the pricing of the Meizu M5S. 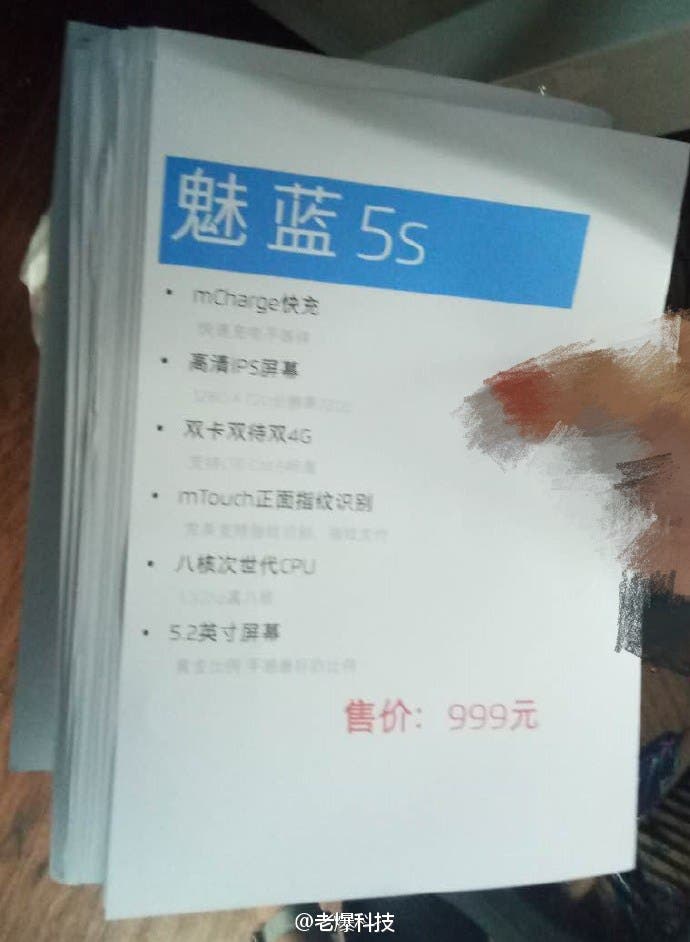 From a leaked sales document we can make out that the price for Meizu M5S should be 999 Yuan for the 2GB RAM 16GB memory version of the phone. Previous TENAA leaks have the following details listed for the Meizu M5S

Those specs don’t look all that different from the current Meizu M5 specs which has us wonder what exactly Meizu are up to? This will be the 5th generation Meilan phone but the device has basically remained unchanged!!

Next Watch: Elephone S7 and all its home button E-touch features