One Xiaomi phone that I’m really looking forward to is the Mi 5c. Why? Because it’s a phone that looks really chic (based on the leaks), and unlike most other flagships, should be lesser than 5.5-inches in screen size.

News from over at the homeland of Xiaomi is that the Mi 5s just got certified at 3C, which means that the phone should be out in the market very soon.

Here are photos of the Mi 5c that have leaked in the past.

As for the specifications, not much if official yet, but the Mi 5c is expected to hit the market with a Snapdragon 625 SoC along with 3GB of RAM and up to 64GB of storage. The Mi 5c will attempt to recreate the refinement that the Mi 4c bought more than a year ago (after the Mi 4i flopped miserably). 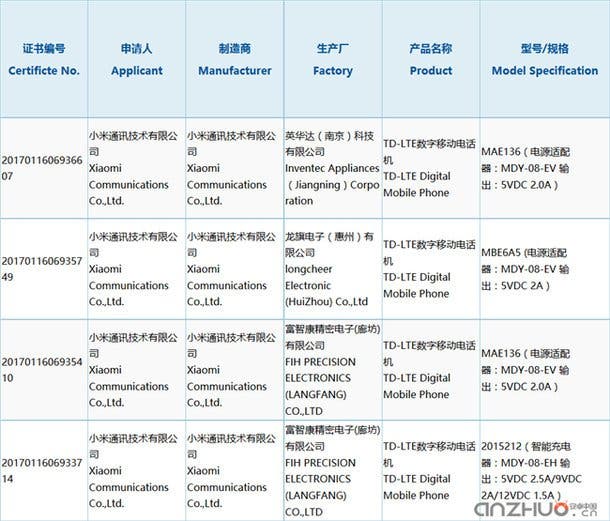 As for the camera tech on the Mi 5c, its expected to have a 12 mega-pixel rear shooter in tandem with an 8 mega-pixel selfie camera. The phone is expected to run MIUI 8 out of the box, which will hopefully be based on Android Nougat.

Xiaomi will probably try to launch the Mi 5c so that the timing doesn’t coincide with the launch of the Mi 6, thus also making sure that the Mi 5c isn’t overshadowed.