We informed you a couple of weeks ago that the LG G6 will presumably rely on Snapdragon 820 SoC this year, since Samsung has already claimed all of the initial SD835 supply for its own Galaxy S8. Today’s evidence seem to support this speculation, since a mystery (LG G6?) device code-named LG H871 hit Geekbench today, equipped with last year’s Snapdragon 820 chipset. 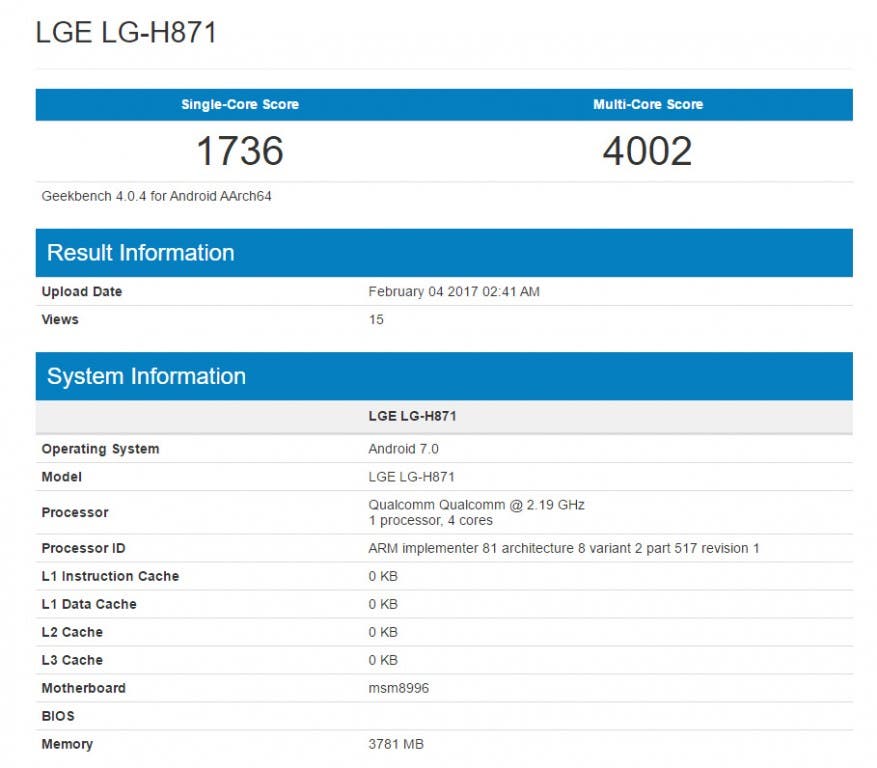 Obviously we can’t be sure that this device is indeed LG G6, since it could be a… lite version of the device like LG G6 Compact perhaps? In any case, the benchmark listing states that the device uses this SoC, along with Android 7.0 (not even Android 7.1).

According to the benchmark, the device has 4GB of RAM and uses a slightly improved version of the SD820 SoC, but don’t be alarmed. Some suggest that the LG G6 will be available in Europe and the US with 6GB of RAM, while keeping its 4GB RAM modules for other markets in order to make it even more affordable for most customers.

Next Video: Heres How You Can Turn Your OP3T To A Pixel Phone