Nothing really impressive here, since we had already covered over the past few weeks most of the specifications of the two new flagship models. However an unveiling is always interesting in many aspects so… here we go with the official presentation of Huawei P10 and P10 Plus models! 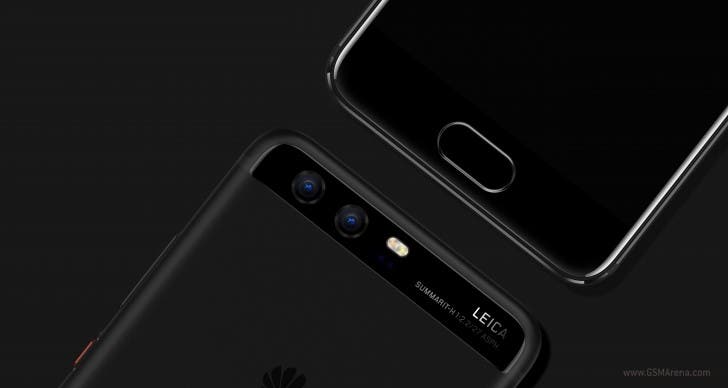 The Huawei P10 comes with a somewhat refreshed design, equipped with a 5.1″ 1080p IPS display, which is a notch smaller than the P9’s 5.2″ unit. The phone is powered by the same Kirin 960 chip introduced by the Mate 9 and has 4 gigabytes of RAM. It has 2.5D curved Gorilla Glass 5 at the front, and an all-metal backplate with hyper-diamond cut and sandblasted finish.

The Chinese flagship uses the same camera setup as the Mate 9 – a 12MP color and a 20MP monochrome sensors with the know-how of Leica. Both come with f/2.2 lens, but OIS is available only on the color one. It also comes with a Leica-powered selfie camera that will offer excellent portraits with bokeh effects etc. Here’s the twist: Huawei P10 moves the fingerprint scanner at the front, beneath the glass, and it’s on the new Home key, which can now be used as multi-functional tool – one tap for Back, hold for Home, swipe for task switcher.

The new flagship packs a 3200 mAh battery with Super Charge capability, it runs on Android 7.0 Nougat (along with Emotion UI 5.1) and it will be available next month in most European countries and several other markets in Greenery, Dazzling Blue, Rose Gold, Ceramic White, Graphite Black, Mystic Silver, and Prestige Gold color variants. Its price is expected to be approximately 649€. 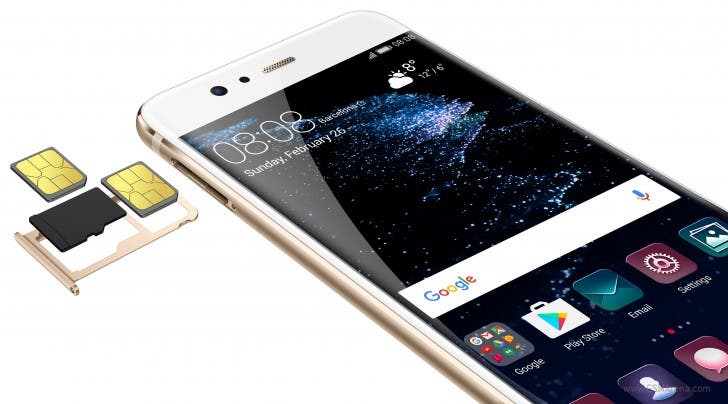 The big brother is called Huawei P10 Plus and it packs a 5.5″ IPS screen (Quad HD resolution), offering a really similar design with its younger sibling. The “Plus” model is equipped with the powerful Kirin 960 SoC, comes with 4GB RAM/64GB ROM and 6GB RAM/128GB ROM memory/storage options and offers the same impressive imaging features.

Therefore it packs a dual camera (12MP RGB + 20MP monochrome sensors) with a somewhat wider aperture than the one used by Huawei P10 (f/1.8), along with laser autofocus, two-tone LED flash, and 4K video recording. It also has a front selfie camera with 8MPixels resolution and Leica support, that can offer live preview of the bokeh effects courtesy of the new Portrait Mode. that offers impressive imaging capabilities to the device.

Huawei P10 Plus is equipped with a bigger 3,750 mAh battery, which also supports Huawei’s Super Charge, but it is also one of the first smartphones bu Huawei to support the 4.5G technology with 4 LTE antennas (4x4MIMO for downlink speeds up to 600Mbps). There are no other differences between the two models, so everything else remains the same: stereo speakers, Gorilla Glass 5, a touch-sensitive Home key with a fingerprint sensor, Android 7 Nougat, EMUI 5.1.

The P10 Plus model will be available on the same markets as the P10 this March, in 7 different color options: Ceramic White, Dazzling Blue, Dazzling Gold, Graphite Black, Mystic Silver, Rose Gold, Greenery.

Previous Google Assistant Coming To More Phones Next Week! Which Chinese Phone Will Be First?

Next Nokia 3310 is here, with improved design and 31 days of standby time!