At MWC, Nubia are showing that they aren’t just a phone maker concentrating on top of the range phone and actually have a new budget device on display.

Nubia have been exciting the tech world with all manner of amazing smartphones over the past few months, culminating in the release of the flagship Nubia Z11 (a premium device which I am still really enjoying).

While Nubia phone, even the top end models, are still well priced it is good to see that the Chinese phone maker is still keeping an eye on the budget end of the market with the release of the entry-level Nubia N1 Lite.

If memory serves me correctly, every Nubia phone to launch has been a Qualcomm powered phone. That’s not the case with the Nubia N1 Lite however, this budget phone comes equipped with a quad-core Mediatek MT6737 chipset running at 1.5Ghz. 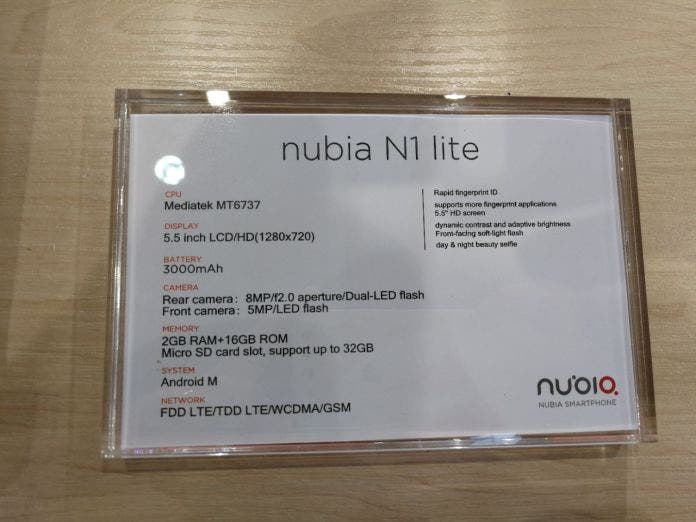 These aren’t the specs that we are use to seeing on Nubia phones, but even these relatively low-end hardware choices are enough for it to be in the running to receive a Google Assistant update later in the week.

The phone also comes with an 8 mega-pixel main camera, with F2.0 aperture and a 2 mega-pixel camera up front with all those necessary beauty mode features.

What is very interesting is the Nubia N1 Lite runs Android 6.0 which is very similar to a stock installation. This is interesting because Nubia has always preloaded its phones with its own Nubia UI operating system.

Pricing for the Nubia N1 Lite is said to be around 170 Euros and will likely go on sale in Europe from next month.