The Nubia Z11 has been by go to phone for a the past couple of months, and I’m happy to say that it will continue that role. Here’s my full review.

The Nubia Z11 is the big brother of the Nubia Z11 Mini which I reviewed in the summer last year. The Z11 is not only a larger phone but it also comes with a more premium appearance, fancy flagship design features and, of course, high ends specifications.

The Nubia Z11 isn’t an all out new design. It doesn’t have a new and innovative shape or some special “Never before seen” features, but it still damn impressive in the flesh and a pleasure to get to grips with in the hand.

It all starts with a 5.5-inch FHD 1920 x 1080 display. Nothing super fancy about that you might think, but Nubia has waved its magic over the phone to create a device with screen that reaches right up to the very edges of the metal frame. The bezel-less design is a pure joy to look at and it’s subtle yet attention grabbing trait to the Z11. You’ll find people looking at it, knowing that there is something quite different about this phone, but not quite getting what it is, well until you point it out to them.

Nubia have been smart with the bezel-less design too and have been clever enough to realise that this feature needs some smart software behind it to make the use out of it. This is a very important detail, one which we hoped Vivo would have considered back when they releases the Vivo Xplay 6 with curved display but nothing to make use of it. Just as with any smartphone, we find a traditional ‘forehead’ and ‘chin’ arrangement. The former is where the front facing camera and receive are located while the latter houses the trademarked and patented (don’t copy it again Meizu) “Nubia Halo” with capacitive navigation buttons either side.

The main halo acts as the ‘home’ button for the phone and will also pulse when charging or to notify you of a message. Capacitive buttons either side are use for navigating around the Android 6.0 based Nubia UI OS, and are only visible when you tap them. 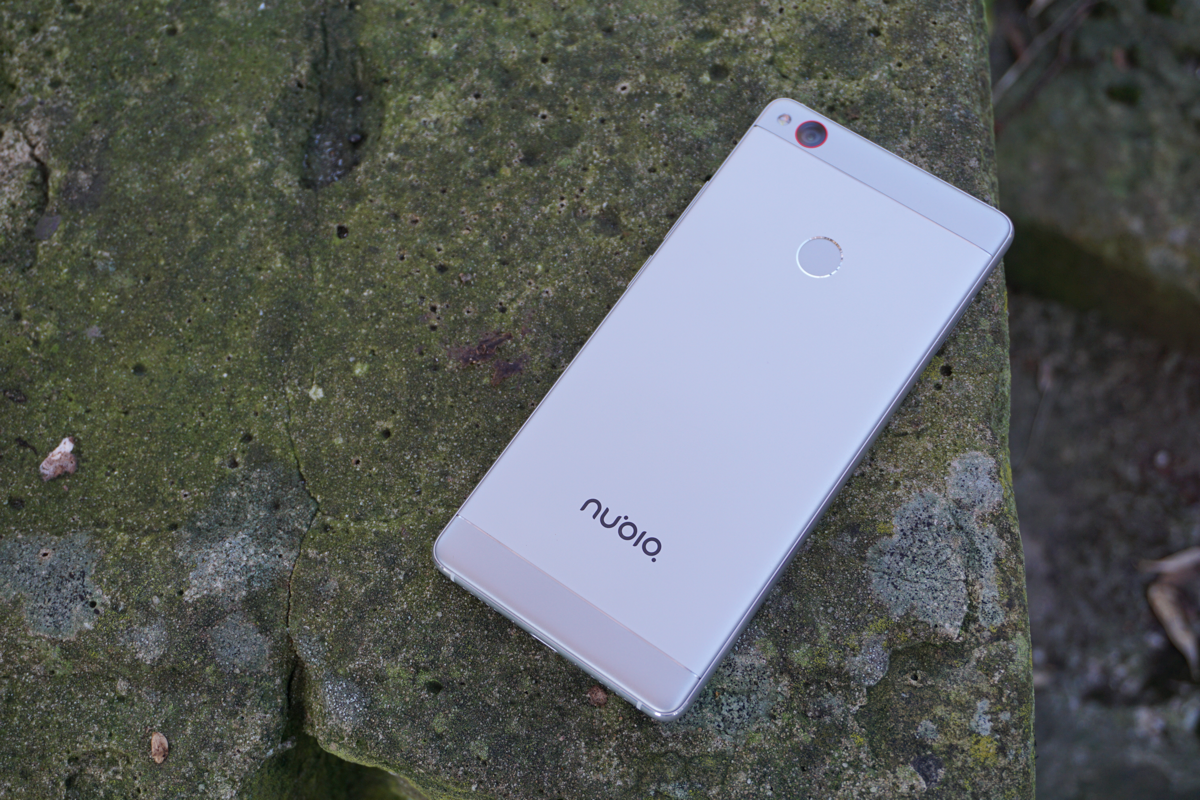 Flip the handset over and you will see that Nubia has used the rear panel as a home for the fingerprint scanner, and 16 megapixel OIS rear camera, and dual LED flash. You can also see that a Nubia logo is on there too.

Final external details on the Nubia Z11 are a Type C USB in the base, 3.5mm headphone jack and IR remote at the top, physical buttons for the power and volume controls on the right and dual SIM card tray on the left.

I’ve already touched on the 5.5-inch FHD display but I’ll add that this bezel less beauty is a vivid panel that love to be starred at for hours on end. The colours are truly a joy to behold and really help the excellent photos from the rear camera pop of the panel. If we move to the top of the phone and that 3.5mm headphone jack the first thing I have to say is “Thanks”. Not only have Nubia wisely decided that they should keep the headphone jack, but they have also enabled the phone with some decent HIFI performance and DOLBY ATMOS. Not only that but the included Nubia earbuds are an amazing piece of kit too.

While audio coming out of the Nubia Z11 is really very good, it is audio that goes in to the phone that is the problem. Originally I thought I had an issue with the stereo in my car but other phones had no issues and voice controls were clearly understood. The issues are that the Z11 doesn’t pickup audio from time to time meaning Google Now won’t hear commands. The audio issues also effects video, but oddly not calls.. Continue on to the rear and we come across that fingerprint scanner. I’m totally happy with having the fingerprint scanner on the rear of the phone, or in fact on the chin in a home button. As long as the scanner is fast and accurate I don’t mind where it is located.

Nubia has gotten this aspect of the phone correct too. Set up is blazing fast and the fingerprint scanners speed and accuracy is really second to none.

Internally the Nubia Z11 can’t be faulted either. The Snapdragon 820 might not be the newest chipset on the planet but its fast enough for everything that I ask the handset to do, and that 4GB RAM and 64GB internal memory seemed to be more than up to every task I asked of the handset too. Compared to the OnePlus 3T, the Nubia Z11 doesn’t have the same instant response but it is no slouch either. Built in to the phone is 3000mAh battery which at the start of ownership is pretty good. This was a phone that needs nightly charging, but generally the battery life was fine for a good amount of use through the day. However, subsequent updates made to the OS on the phone seem to have really eaten in to the battery life and I now find that a top up through the day is needed to keep going.

As I know the phone is capable of better, I hope that the Nubia development team get on it and fix the problem for the next OTA. 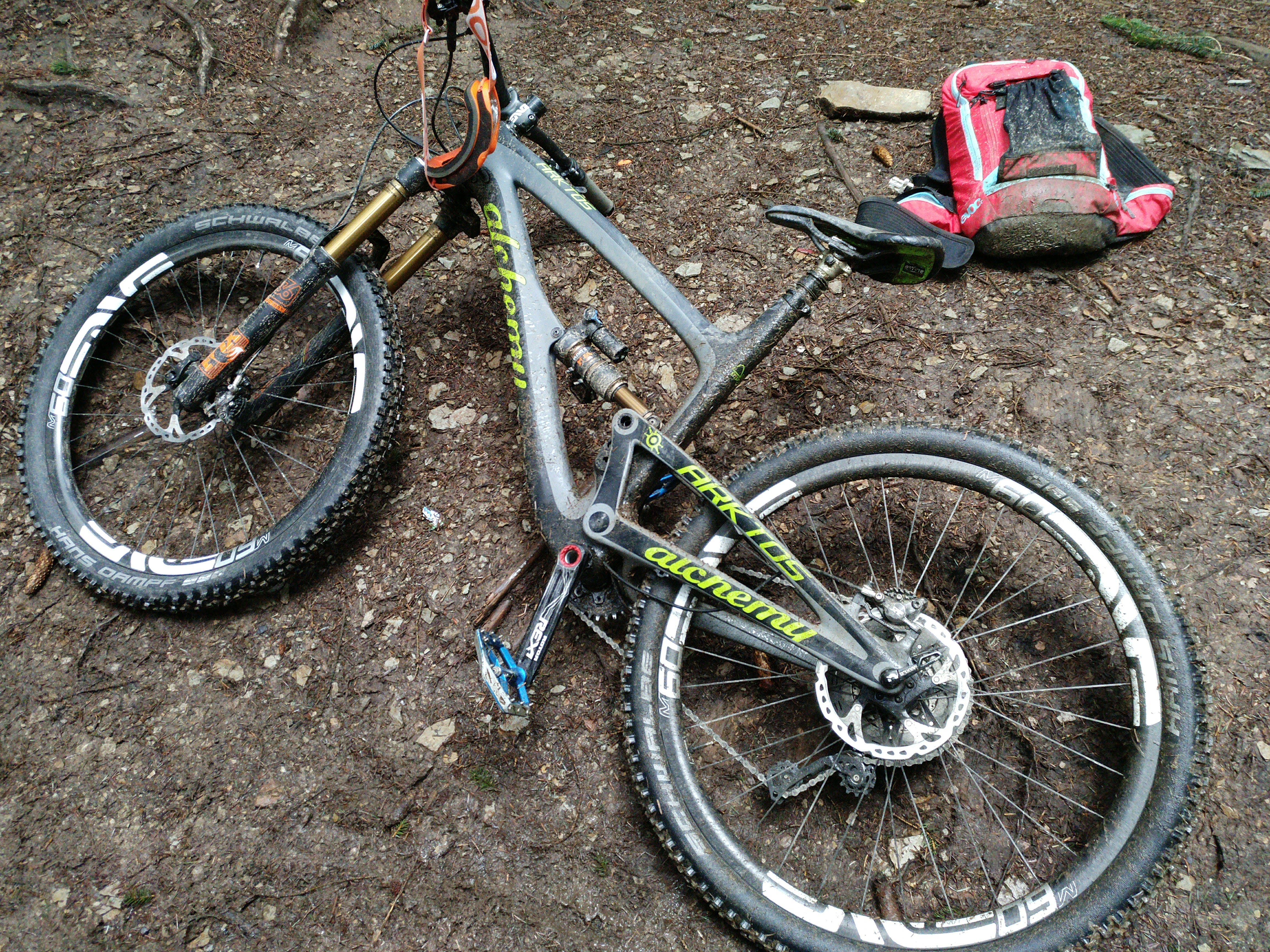 Nubia have always taken time and care with the camera performance of their phones, and not only do we get a decent hardware, but also a great camera application to take full advantage of the phone.

EIS allows the phone to take clear photos even with zoom maxed out and helps to create nice, smooth video. But it isn’t smooth enough to use when taking long exposure photos, which is one of the Nubia’s party pieces.

While the Z11 does take some amazing photos, I did find that low-light images weren’t quite as good as some rivals and the overall speed of taking a photo is much slower than say the OP3.

What Could Be Improved

Nubia really has impressed me with what they can build. The Nubia Z11 is a premium flagship phone that would look impressive if seen at the local mobile phone stores along with the likes of the latest Huawei, Sony, Samsung and Apple devices.

Where the Nubia Z11 struggles though is with battery life and issues that causes bugs with the audio. The good news is that Nubia is rolling out updates for the Z11, but the bad news is these updates have yet to address these problems and aren’t being rolled out as OTA updates and to find them you need to search around the Italian Nubia Site and download them.

Overall this is a stunning phone and I’m really very sad that it has had these issues as I was really hoping this would be my main phone from now on.