Well this could mean bad news for all those Meizu fans out there, especially if it turns out to be true. According to well-known analyst Pan Jiutang it seems that Meizu doesn’t have any plans to launch a Snapdragon equipped flagship model this year, which contradicts most of the info we had so far.

Most of us expected the Chinese company to work closely with Qualcomm after their settlement last year, given the fact that most fans demand higher specs from the company’s flagship models. 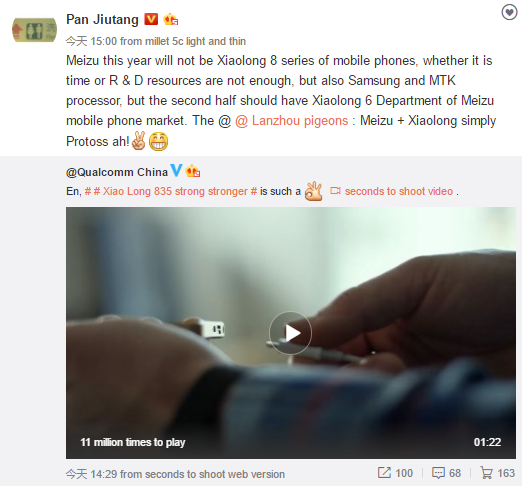 Unfortunately, the well-known analyst insists that Meizu has no plans to use Qualcomm’s Snapdragon 835 SoC this year and instead they plan to unveil their high end model sometime by the end of the year (during the fourth quarter). This smartphone will be powered by a Snapdragon 626 SoC (with decent specs but not flagship worthy) as a way to please their fans.

So if you’re really looking forward to owning a true flagship model by Meizu (equipped with a flagship SoC), I guess you’ll have to wait until early 2018!