As expected, OPPO announced the OPPO F3 and F3 Plus in India earlier today in a star-studded event. The event, hosted in the Indian capital of New Delhi, saw in attendance Bollywood stars, and super photographers alike.

The OPPO F3 Plus has been announced with a price tag of 30,990 INR ($473) with sales to commence on the 1st of April (no kidding). The F3 series is in line with other OPPO phones, meaning it features a rather simple, classy, (as some would say, iPhone-esque) and a unibody design. What has changed though is the camera tech — the F3 series now comes with two front cameras. 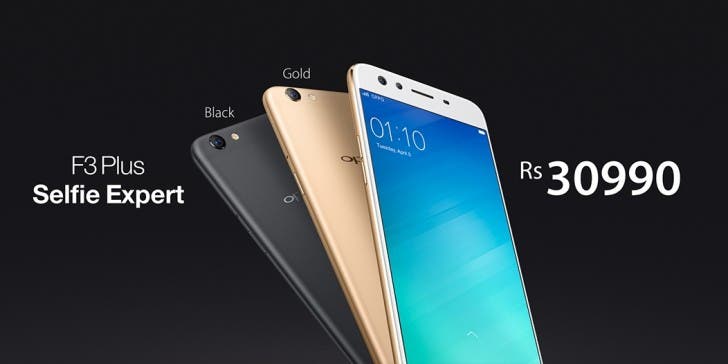 With the F3 series, OPPO wants you to take ‘groupfies’ or group selfies. The company is promoting the feature thanks to the 120-degree field of view that the camera produces.

Under the hood, the OPPO F3 Plus features a Snapdragon 653 SoC with 4GB RAM and 64GB ROM. Besides that, there’s a 4000mAh battery (supporting VOOC fast charging) and Android 6.0-based ColorOS. The display on the F3 Plus measures 6-inches, while the one on the F3 is 5.5-inches.

Next UMi Plus E vs UMi Z: Which one should you get?