There’s no stopping now for Huawei, and after unveiling 3 smartphones during this week (Honor 8 Pro, the Huawei Y5 2017, and the Honor 6C a fourth one has been spotted on TENAA for certification. 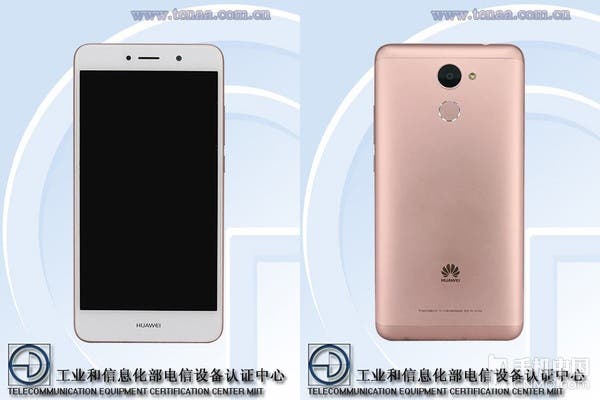 The mystery device is listed with three different variants: TRT-AL00A, TRT-AL00, and TRT-TL10. If you take a look at its TENAA certification above, the phone has a lot similarities to Xiaomi’s Redmi Note 3 model, with a fingerprint scanner located on its back, just below its main camera. The front side of the device is typical of a smartphone with minimal visual characteristics, and the only noteable spot is Huawei’s logo sitting on the bottom bezel, along with the front camera, earpiece and the ambient light sensor.

According to its official specs, the “mystery” Huawei phone packs an HD 5,5 inch display along with 4GB RAM, 64GB of storage and its powered by an octa-core processor clocked at 1.4GHz. It also boasts a large 3900 mAh battery, has a 12MPixel main camera, an 8MPixels selfie shooter and runs on Android 7.0 Nougat.

Some rumors say that this could be a high end variant of the Huawei Enjoy 6s that was released last December, but we can’t be sure. We’ll just have to wait and see.