With their low-cost smartphones making loud noise in the Indian smartphone market, Xiaomi are well on their way to forget about their previous setbacks.

The company recently launched the Redmi 4A in the country, which is yet another budget phone. It’s seen as a cheaper alternative to the Redmi 3S that was announced a few months earlier.

All of this seems to have done Xiaomi’s brand value no damage. According to a recent survey, Xiaomi is now the most preferred smartphone brand in the country. 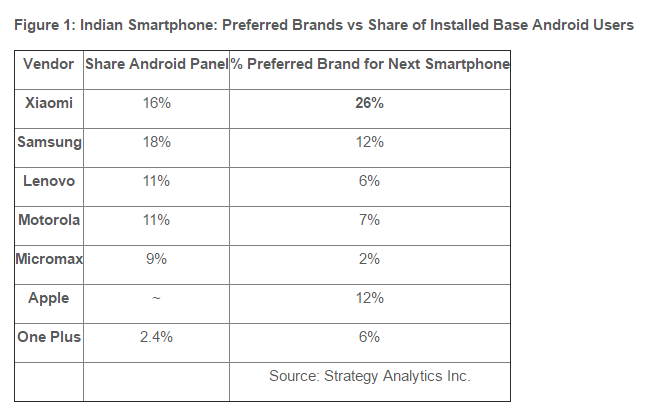 A survey was conducted on 2,000 users which revealed that 26 percent were interested in purchasing a Xiaomi as their next Android phone. This means that Xiaomi beat brands like Samsung, Lenovo and Motorola to grab the #1 position.

It remains to be seen if Xiaomi manages to recreate the feat for higher priced phones. To be fair to the company, it’s certainly something worth celebrating.

Next New Chuwi Lapbook 12.3 coming with 6 RAM and better resolution