About a week ago, ZTE’s Nubia Brand launched the Z17 Mini with an array of impressive specs and the trademark Nubia design methodology. It went up on its first sale today in China simultaneously on Jingdong (JD.com), Tmall, Suning and on Nubia’s official website. The flash sale report says that the phone sold out in under a minute with the sales exceeding a total of 100 Million Yuan. 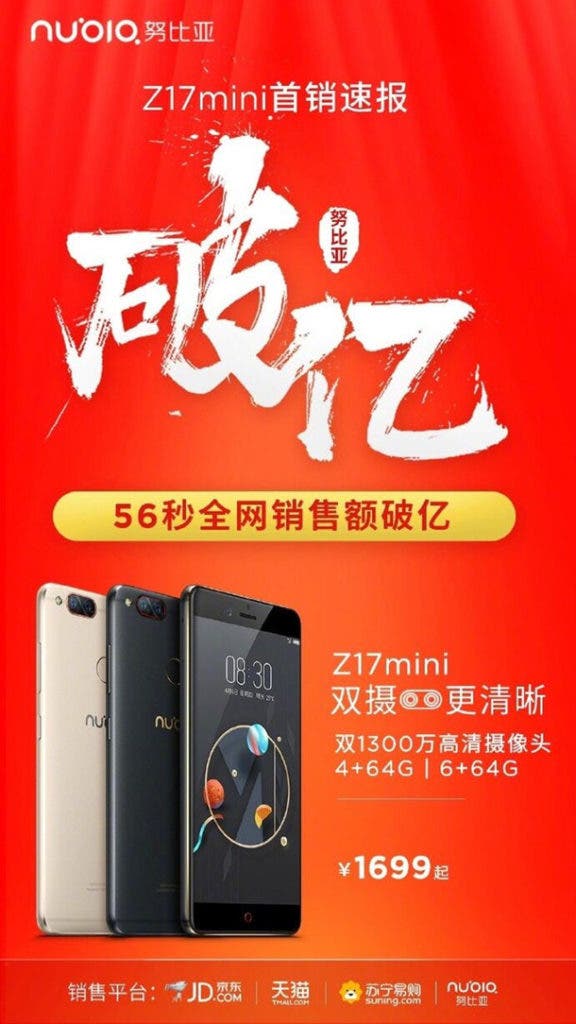 The display is 5.2 inch, 1080p, made of 2.5D Gorilla Glass having a pixel density of 441 ppi. In the design department, the Z17 Mini looks stunning with the metal and glass combination on the back and the front respectively. It lacks a physical home button whose place is taken by the trademark red circular virtual button. It has a fingerprint sensor on the back below the dual camera setup. 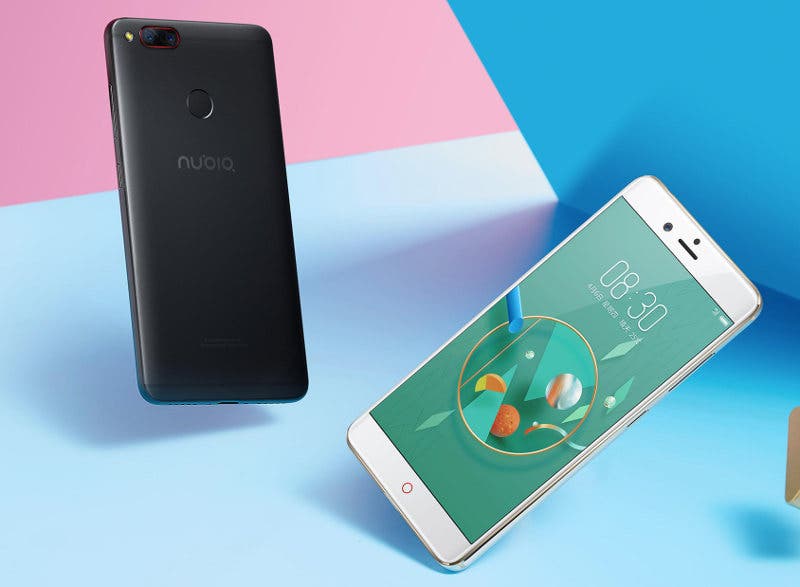 The Z17 Mini comes in two variants, the 6GB version powered by a Snapdragon 653 and the 4GB version powered by the Snapdragon 652. Both the devices come with 64GB of internal storage. What stands out on this device is its dual camera setup. The dual rear cameras are powered by the Sony IMX258 13 MP, f/2.2 sensors with Sapphire glass protecting the lens. There’s EIS and OIS for that extra stability you need while shooting moving objects. It supports 4K shooting, slow motion video and time lase. The front camera is a 16 MP sensor which is more than enough for taking selfies. The phone runs on a 2950 mAh battery.

The Z17 Mini is not a flagship device, but it gives the mid range phones a run for their money.

Previous Ulefone giving away $5.000 worth of coupons for the Ulefone Power 2!