The people are weary of razor thin phones with barely day long battery life. While manufacturers continue to shave off tenths of millimeters from their phones, they have left the calls to increase battery life at the expense of a wider girth unheeded. This has left a giant opening that phones like Redmi Notes and Oukitel K6000s happily occupy.

The Ulefone Power 2 is entering this market as well, and the question isn’t whether this phone will last through a day, but “How many days can I go without charging this phone”? And this is a question we will answer here.

The biggest headache the Ulefone Power 2 will have is the Xiaomi Redmi Note 4X which I recently reviewed. The 3GB version of the Note 4X costs $2 more than the Power while being more powerful and boasting some mind blowing battery life.

The Power isn’t without its own tricks though, it has an extra GB of RAM, twice the storage, and 1.5x the battery capacity. The Ulefone Power 2 will have a tough fight in front of it, and looking at the specifications, it’s far from a knockout. 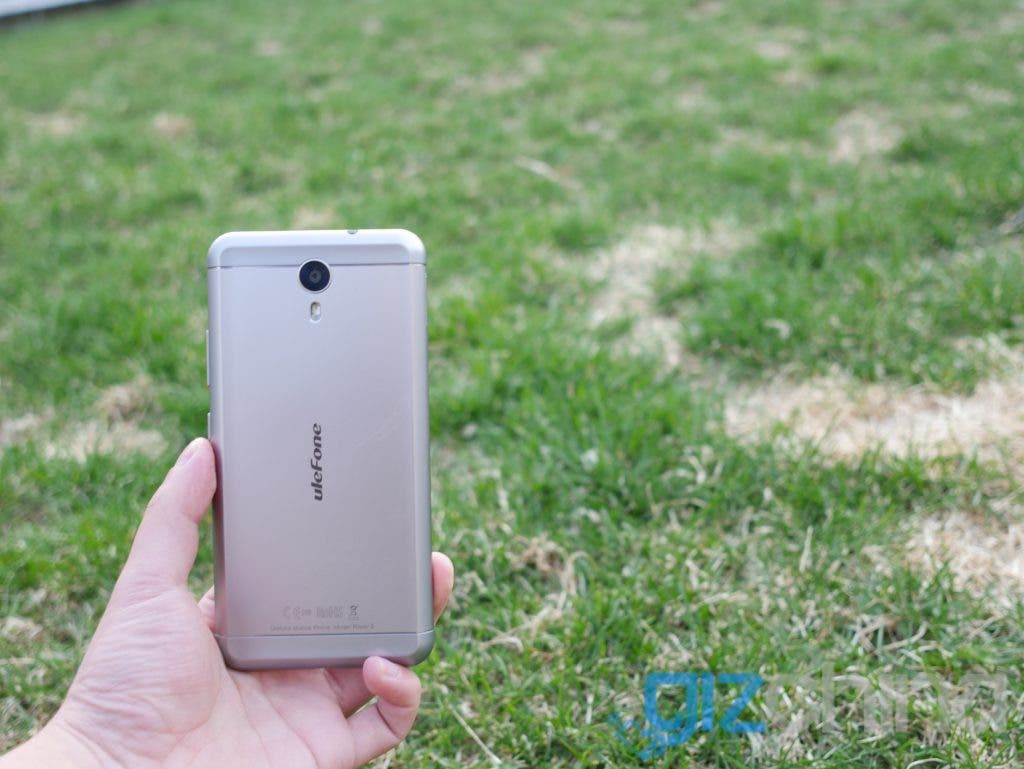 The Ulefone Power 2 is off to a pretty good start. The entire body is made of metal and feels very solid in the hand. I had to choose the grey version because it was the only one in stock but if you have a chance to choose, the black will definitely look the nicest.

The phone looks sleek, elegant, yet uninspired. This phone melds into a sea of metal phones that look incredibly similar. 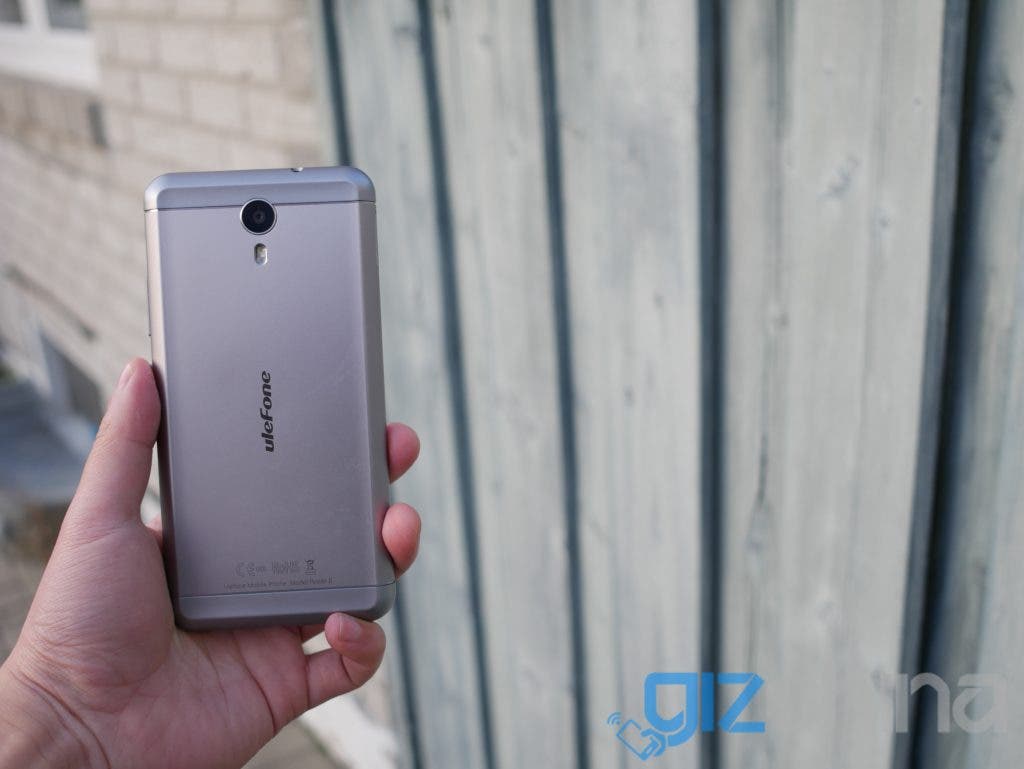 Continuing on with the negatives of the build here, it’s a big phone, not to mention heavy. The bezels around the screen are fairly generous, pushing it closer into 5.7” Galaxy Note territory. The phone is also very thick, stopping just short of a centimeter and you definitely feel the heft when you hold it in your hand.

A couple of other things worth noting here, the fingerprint sensor is now incorporated into the home button on the front with no capacitive buttons beside it. 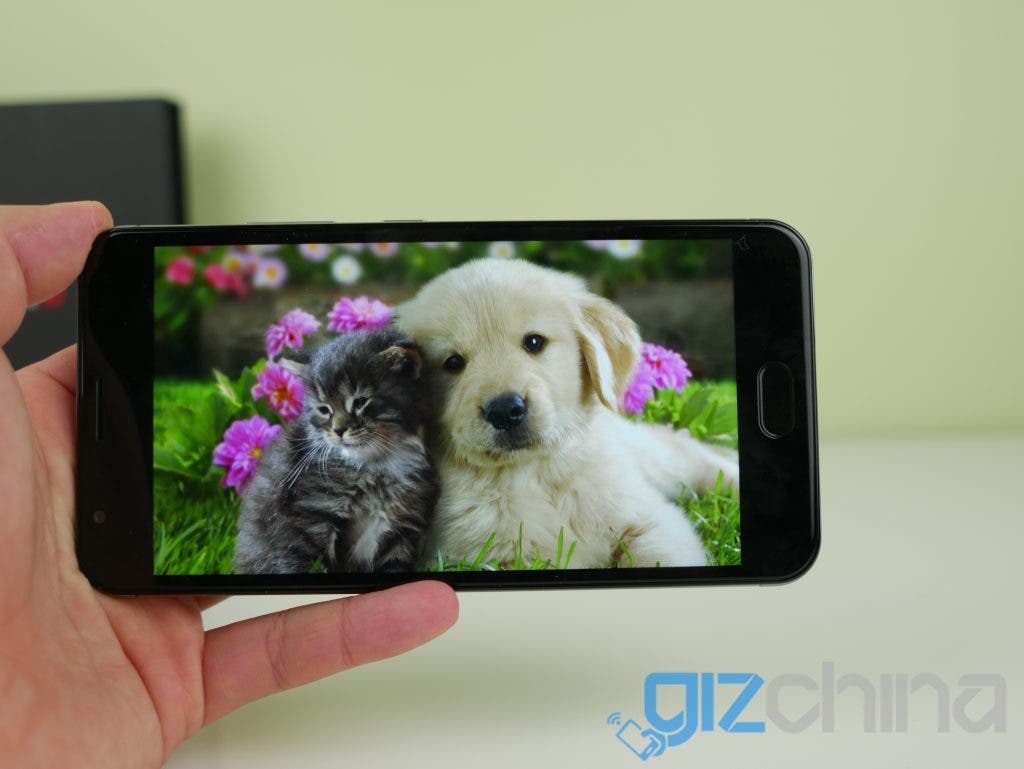 The promotional material Ulefone shared mentioned that the screen used here is “the epitome of high color rendering technology” and while it definitely isn’t (the recently released Galaxy S8 still holds onto that record), the 5.5” 1080p Sharp branded screen certainly doesn’t disappoint.

The 1080p resolution keeps the PPI nice and high so text, pictures, and video are crisply displayed on the screen. The screen is colourful with a couple of caveats; blacks are more grey and the display is a tad on the cool side. It is capable of showing off some vivid colours, but the blacks here are not deep at all. 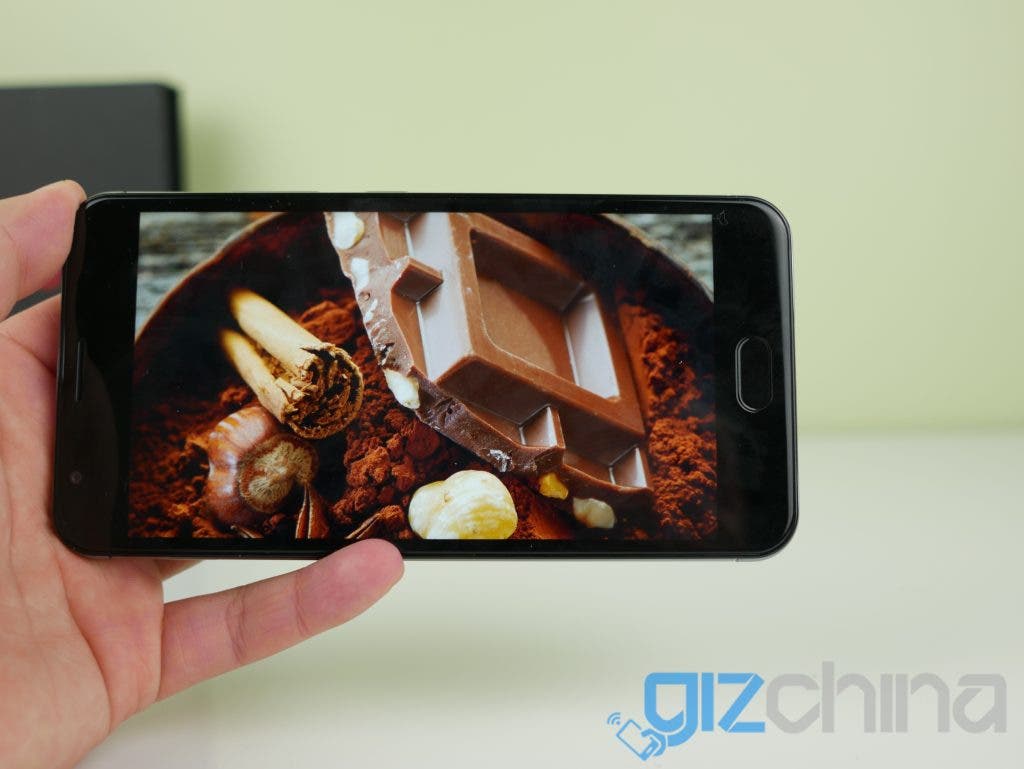 Max brightness tops out around 500 nits which is respectable, but new, expensive flagships (mainly the Galaxy S8) have set a new and seemingly impossible bar of 1000 nits under bright sunlight.

An unreasonably bright screen would be more suited for a phone like this than an S8 due to battery size; I suspect the Ulefone Power 2 could easily last a whole day with the screen set to 1000 nits, but that is just educated speculation. 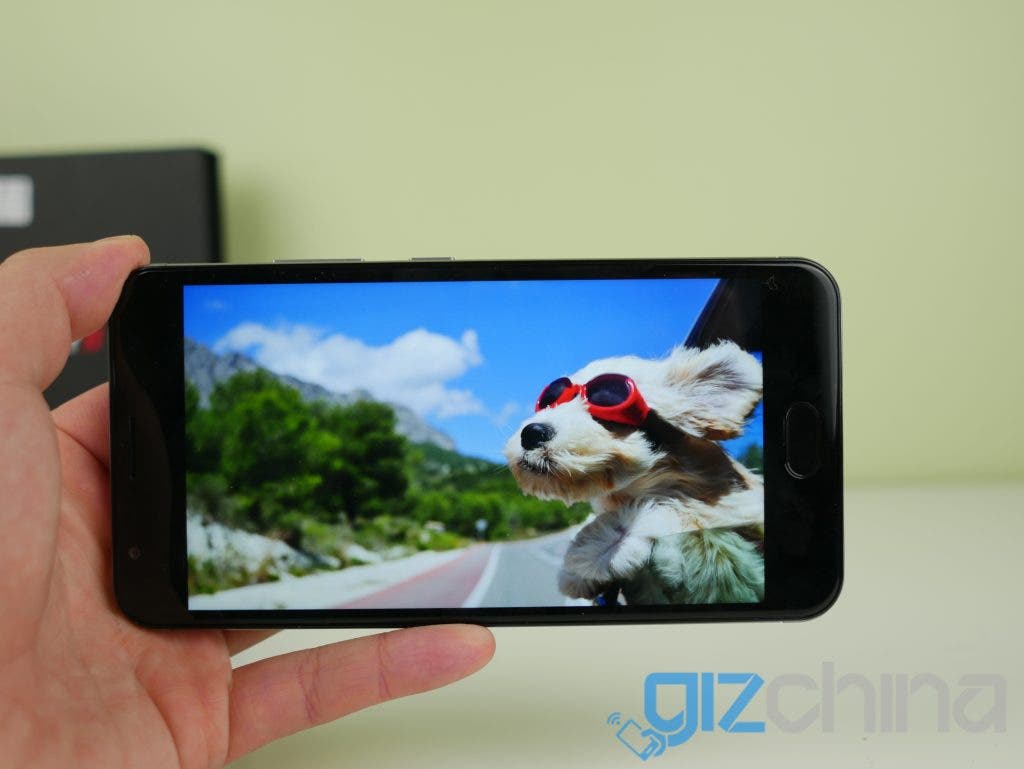 The touchscreen is very responsive with no ghost touches, and the screen is covered by Gorilla Glass 3 as well.

There is a single speaker on the bottom of the device and it pumps out decently loud audio. I struggled a bit using it as a loudspeaker in my car when moving at high speeds but it was still useable though. The speaker won’t give you mind blowing audio quality either so be prepared to use another speaker if you absolutely require quality audio. It is more than good enough for watching videos and listening to some music.

As a self proclaimed battery enthusiast, I’ve never tested a phone with a battery bigger than 5000mAh (the THL5000) which is quite shameful. The Ulefone Power 2 has 6050mAh of battery capacity and boy am I rubbing my hands with glee putting this phone through its paces.

First some real life results. I started the day at 6am with 100% and ended the day at 10pm with 73%. This consisted of 3 hours of Bluetooth streaming and 3 hours of screen on time. The screen on time was broken up into gaming, YouTube, photos, and Reddit.
The next test was a two day test starting at 6am the first day and ending at 23% on 11pm the second day.

I managed to put in over 9 hours of screen on time, 4 hours of Youtube, 3 hours of gaming, and the rest was web browsing, social media, and taking photos. Crazy battery life no?

Heavy users will not be able to kill the battery in a single day while medium and light users will be hard pressed to make a significant dent in the battery within 2 days. 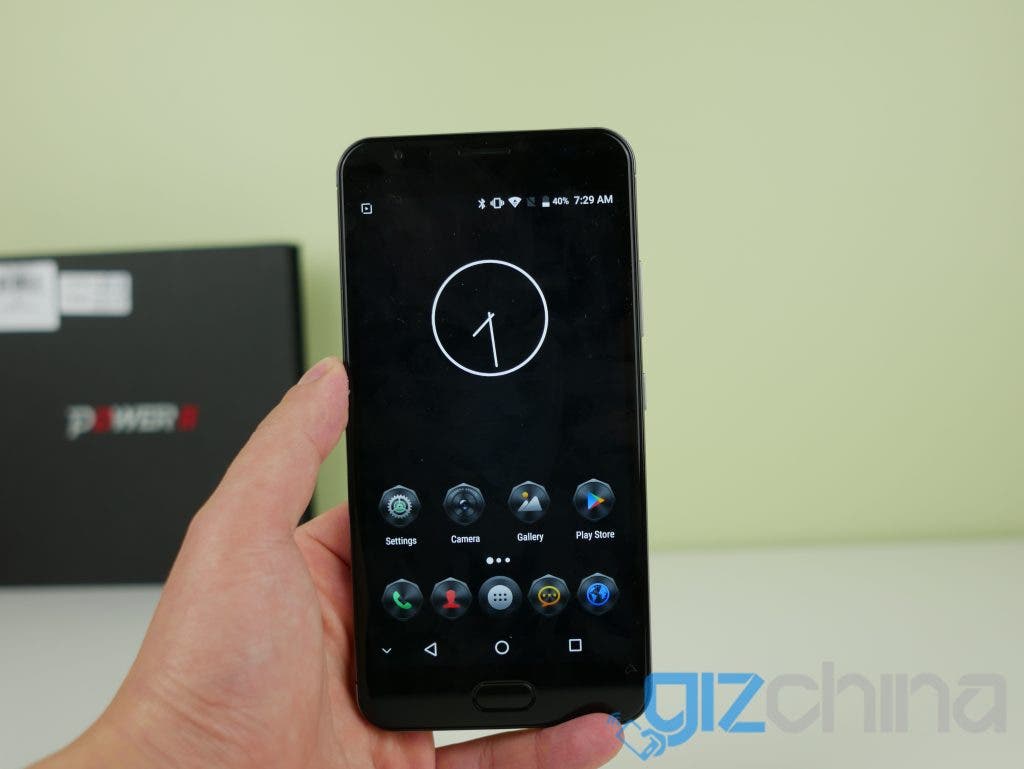 Ulefone has plopped the latest Android 7.0 Nougat on this phone and its quite great for the most part. General use (not including launching/closing apps) is very smooth, swiping between screens and accessing the notifications shade and settings all feel smooth.

There is one thing I dislike though, but do note that this is very minor and is easily corrected; what is wrong with those icons? They are the ugliest and most ancient looking icons I have ever seen, and this is fixed by going to a different launcher, but still those are some ugly icons. 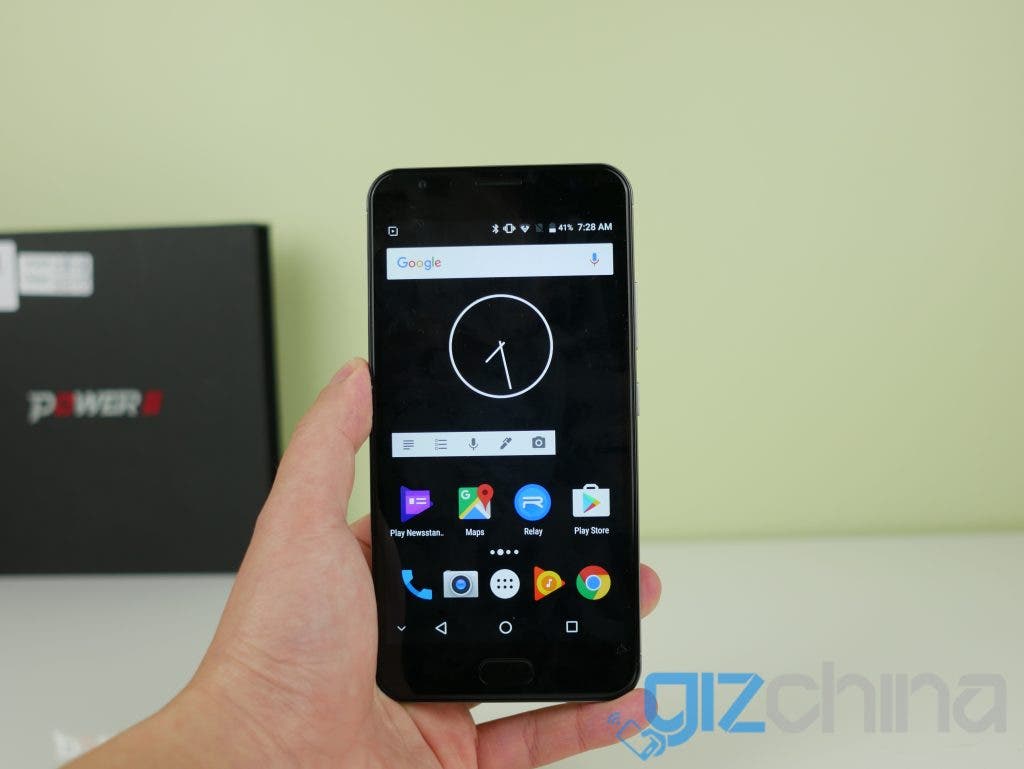 The processor used here is the MT6750T octacore processor. Due to naming conventions, quite a few people believe that the MT6750T is weaker than the MT6753 but that couldn’t be farther from the truth.

The MT6750 is in fact a slower clocked version of the MT6755, making it quite a potent midrange Mediatek chipset (they really should have named it the MT6754). It is able to launch and close apps quite fast, there’s still a noticeable difference between this chipset and flagship chipsets like the Snapdragon 820, but compared to a Snapdragon 625 (which technically is still more powerful) the performance delta narrows to a sliver.

Multi-tasking is handled very admirably as well, considering there’s 4GB of RAM here. I didn’t have any issues switching between heavy apps and even multiple games, which I’m quite sure the majority of people won’t be doing on a daily basis.

The MT6750T can handle any current game you throw at it, intense first person shooters like NOVA, graphically detailed racing games like Asphalt Extreme, and intricately drawn fighting games like Mortal Kombat.

I didn’t see any slowdowns or stutters, although launching large games does take longer compared to my Snapdragon 820 Zuk Z2. This is no guarantee for the future though, as future games are bound to stress a midrange processor like this a lot more than a flagship processor like the 820. 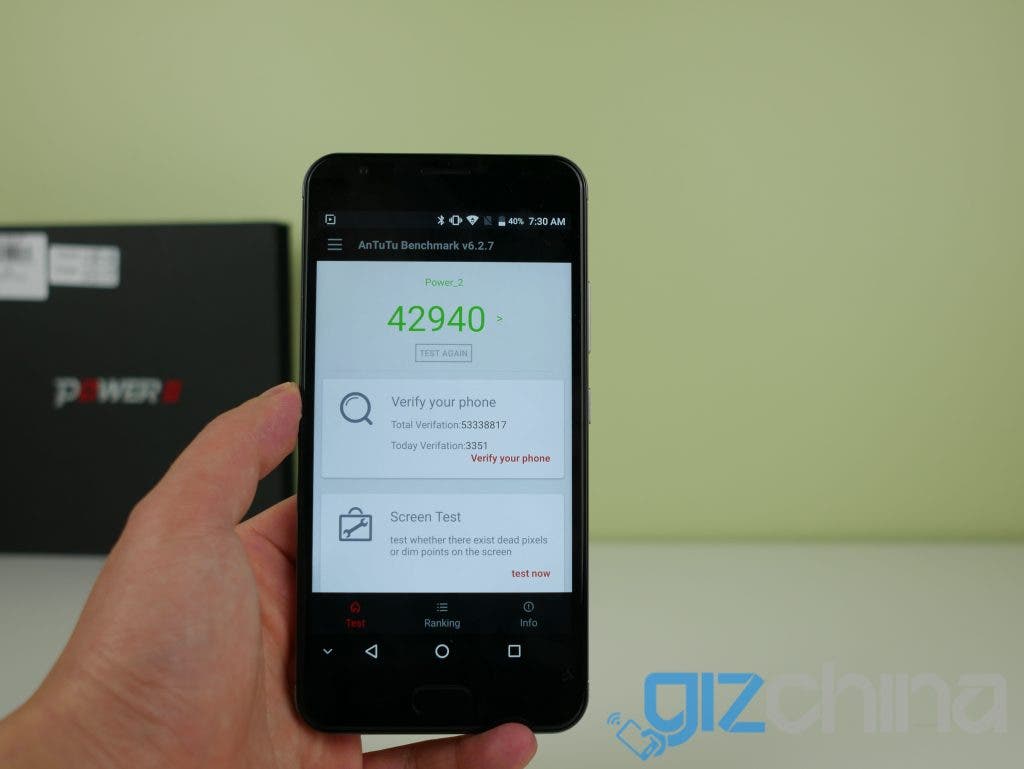 I ran the obligatory Antutu benchmark and got a score in line with other phones like the Doogee Y6 Max and the Bluboo Maya Max. 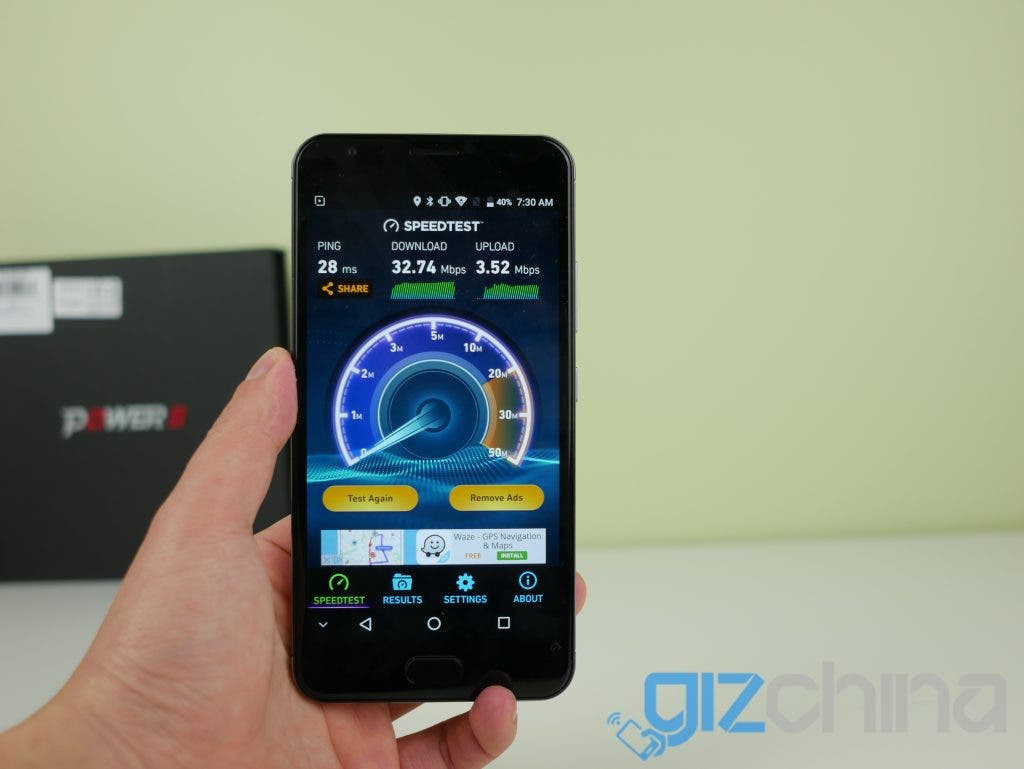 Double check the network bands on this phone before you buy to ensure it works with your carrier. I was only able to get LTE in Ontario as the network bands did not support 3G in Canada. However, LTE performance is quite strong with me getting receptions in almost everywhere my dad’s iPhone gets LTE.

Certain places like basements or large buildings saw that LTE drop though. WiFi, and Bluetooth are good, but GPS takes a while to lock on to satellites after booting which is definitely strange. 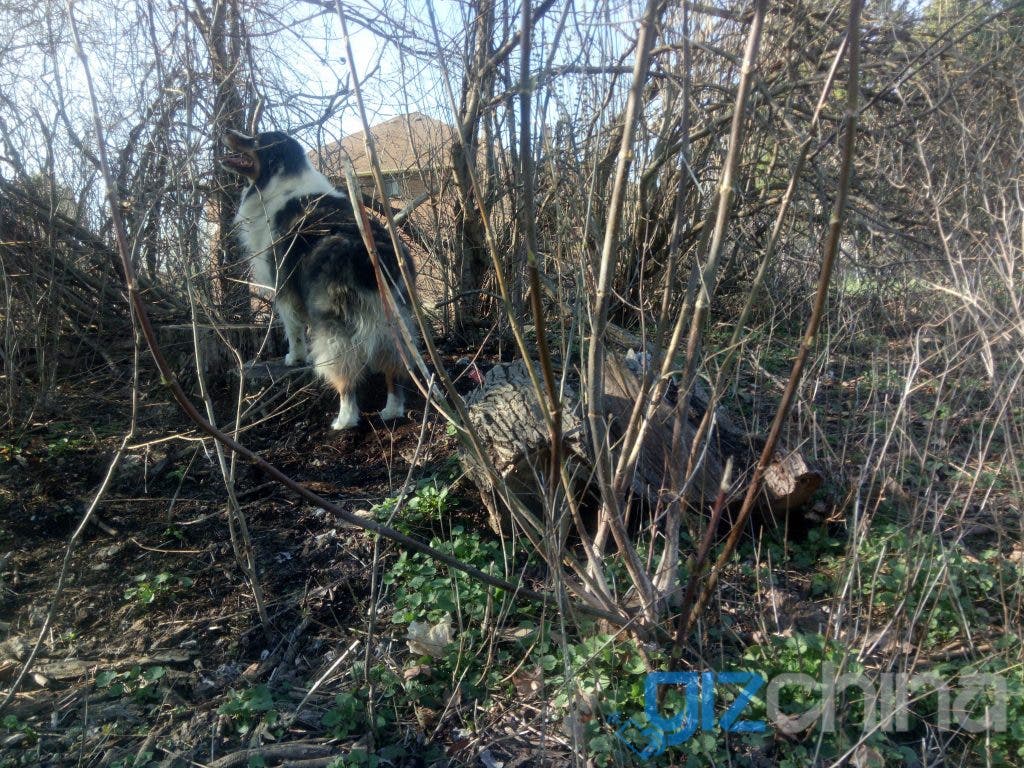 No information was given as to the sensor used in either of the cameras found on this device, but whatever sensor was used in the rear, it’s doing a decent enough job at capturing photos. I say that because in this price range (except for maybe Xiaomi and other larger companies), not a lot of time and effort is placed into developing software processing, meaning that the camera sensor is not fully taken advantage of.

The camera here takes decent photos, but compare the photos to the Redmi Note 4X and pictures are slightly less detailed and softer. Colour reproduction is average, pictures don’t contain washed out colours but neither are they vivid and saturated either. In perfect lighting conditions its actually possible to capture some pretty decent photos, anything but and what I mentioned before comes into play. Photos taken in dim lighting conditions and at night are quite grainy and noisy.

The camera takes some decent 1080p video but nothing special at all. In fact sometimes video looks a little blurred which kinda sucks.

If you take an objective look at this phone in a vacuum, it’s a decent device. It has a great metal build while being a little large and heavy, the display is quite good, and battery life is incredible. You won’t be lacking for performance either, and the camera is one of the more glaring weak points here.

However, the Ulefone Power 2 does not exist in a vacuum, but faces competition from many Mediatek and non Mediatek phones.
In fact, I would say that the Power is very good value for money compared to many other MTK devices just because of how big the battery is.

However, Qualcomm’s Snapdragon 625 is still a stubborn obstacle in the way of Ulefone’s world domination. As I was going through the various aspects of this phone, I did not see an area in which the Power completely outclassed the Xiaomi Redmi Note 4X. One upside would be the extra GB of RAM and the absence of MIUI which would definitely improve multitasking performance.

Next AGM delves deep into custom ROMs, this time with Remix OS for AGM A8