I guess if this turns out to be true, it will have major impact on a lot of customers. News came originally from a weibo user (@Old Cool) who mentioned that there will be no ZUK Z3 model and then his post was replied by well known analyst Pan Jiutang who added that ZUK Mobile is going to shut down in the coming weeks! 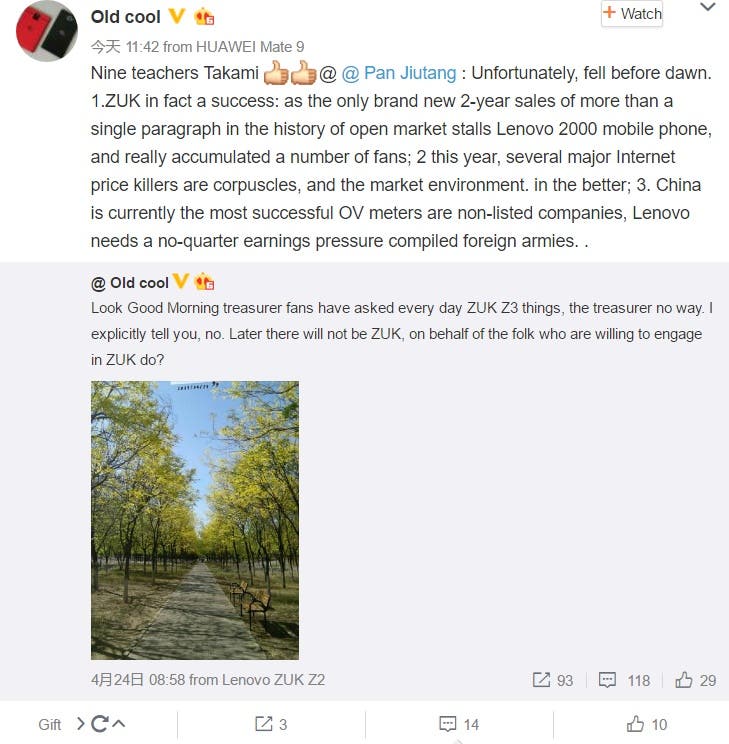 Lenovo had already announced a couple of months ago that it was planning to integrate all of its brands under one umbrella, after facing several problems with Motorola Mobility. The original plan was for all its phone brands to be placed under the Lenovo Moto umbrella but what no one expected was for ZUK Mobile to be also included in this.

In case you don’t remember, ZUK Mobile was founded on May 28, 2015 and during these two years managed to produce 4 smartphones:  ZUK Z1, ZUK Z2, ZUK Z2 Pro, and the ZUK Edge. Earlier this year we managed to see some leaked photos of an upcoming model called ZUK Edge II Special Edition but now this isn’t going to happen, and the device isn’t expected to hit the market.

In case however you loved the company’s ZUI, there are good news for you, after the announcement by Lenovo’s VP Alex Chen Yu, that it will be used for upcoming Moto phones.

Next Canalys: Huawei takes the lead in the Chinese smartphone market