Latest Gretel A7 budget phone shows up in the first hands-on video. The guys over at Gretel give us a tour of the phone final appearance, software and performance. Let’s check it out in the video below.

As we can see in the video, the Gretel A7 features a physical home button and a notification LED to notify you of any incoming messages. On the back there’s a Samsung 3H7 8MP camera paired with an LED flash that should give pretty good results. The A7 can also do continuous shooting allowing you to snap a sequence of photos from where you can then pick the best one.

Gretel’s A7 will come with Android 6.0 Marshmallow out of the box with the company promising an update to Android 7 in the following months. The phone is also dual SIM and dual Standby.

Hardware wise, the Gretel A7 packs a MediaTek 6580A CPU at 1.3Ghz, 1GB of RAM and 16GB of internal memory (expandable). It sports a 4.7-inch HD JDI display coated in 2.5D curved Gorilla Glass to withstand unwanted scratches. The phone also features quite a good looking design for its price range and it’s available in four colors: Silver, Orange, Yellow and White.

And 36€ from iGogo.es if you are from Europe. 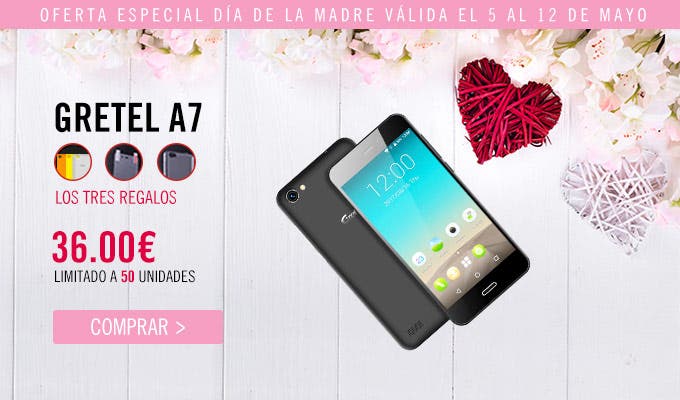 Gretel is also giving away an A7 on the social media VK, head over here to partecipate.

Next Ulefone Brand Promotion over at Gearbest - Up to $40 Off!