New Vernee Thor E is the second model from Vernee in 2017 and it’s banking the success on its endurance qualities, mainly thanks to the big 5020 mAh battery stuffed into jut 8.2mm thin body. It boasts about being the first 5-inch device with such a big battery and we tend to believe it.

The battery and its endurance are really the main selling points and everything about the phone is just tailored to that notion. From the fast charging with the powerful 9V/2A charger (18W) capable of fully charging the battery in just two hours to the special battery saving Black&White “E-ink” mode with a dedicated hardware button. 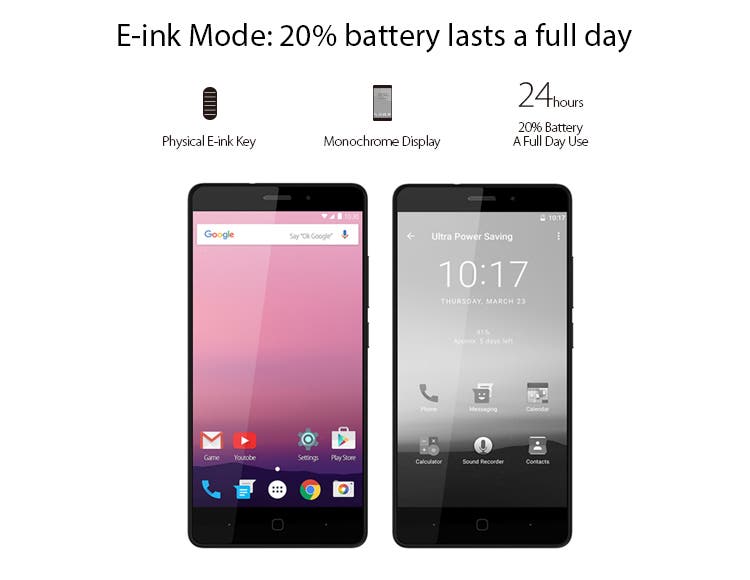 It makes sense to focus mainly on the battery, because rest of the specifications are a bit  underwhelming with the ancient MT6753 processor leading the charge bolstered by 3 GB RAM and 16 GB of internal storage. On the plus side the Vernee Thor E is fairly thin and light (149g) despite the big battery so not being the usual big brick in your pocket.

Vernee Thor E is currently available for a limited time with a special $109.99 price for example here on Gearbest. There is also a giveaway event on the official Vernee website so can’t hurt checking that out too.

Previous Deal: Get your Mother a MGCOOL Band 2 for Mother’s Day!