Sucessor to the highly popular MX6, the Meizu MX7 is one of the most awaited phones from the house of Meizu. The MX7 was supposed to be unveiled this month but we have seen no development of that sort. Considering the delay in launching the Meizu Pro 7 which was slated for launch last month, we can expect the MX7 to be unveiled in the month of July. 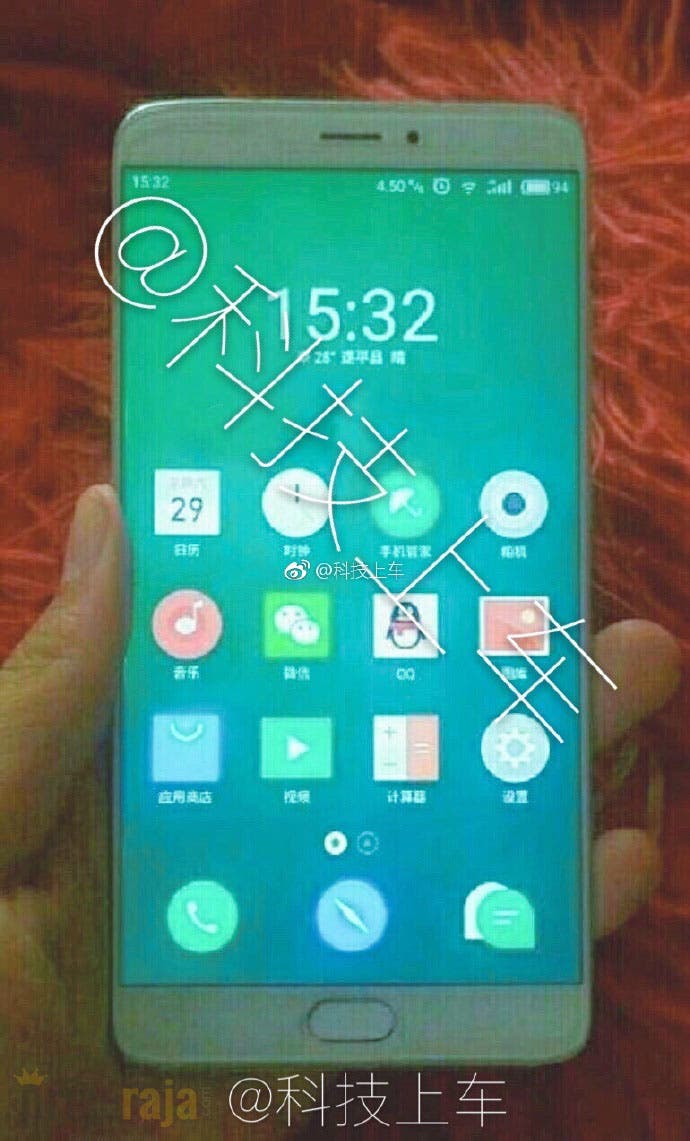 From what we can infer from the image, the alleged MX7 follows a similar design methodology as its sibbblings, albeit thinner bezels on the side. Also, the sides on this phone seem a little curved which indicates the probablr presence of a 2.5D curved glass on top. The home button/fingerprint sensor lies on the bottom bezel in the front. On the top bezel lies the earpiece and the supposed camera. There is no indication on how the backk of the phone will be, but we do not expect it to deviate much from Meizu’s earlier designs.

On the spec side, there’s not a lot of information that  has turned up in months. From what speculations say, the Meizu MX7 might be poweredby the Helio X30 processor, considering the fact that its predecessor, the MX6 was powered by the deca core Helio X20 processor. But since Qualcomm and Meizu recently signed a liscensing deal at the end of last year, there’s a possibility of the MX7 sporting a Snapdragon processor. There’ll probably be 4GB RAM coupled with either 32GB or 64GB internal memory. Expect a single camera sensor on the back. The MX7 might use a USB Type-C port, making the presence of a 3.5mm jack questionable.