Well this is an impressive entrance for Nokia in the flagship market don’t you agree? It seems that the purported Nokia 9 model (code named HMD Global TA-1004) appeared on Geekbench data base earlier today and score impressive multi-core numbers as you can see. 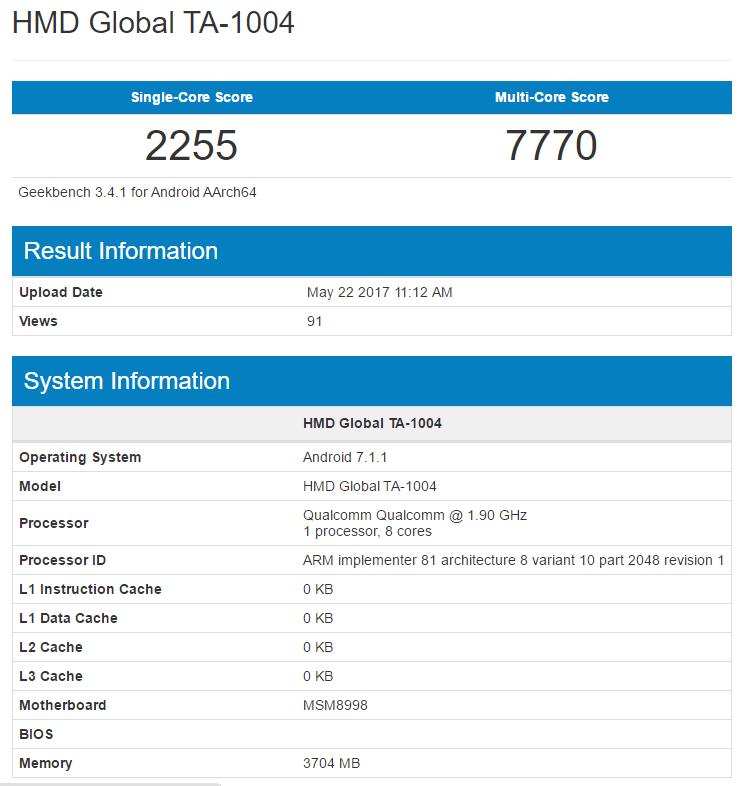 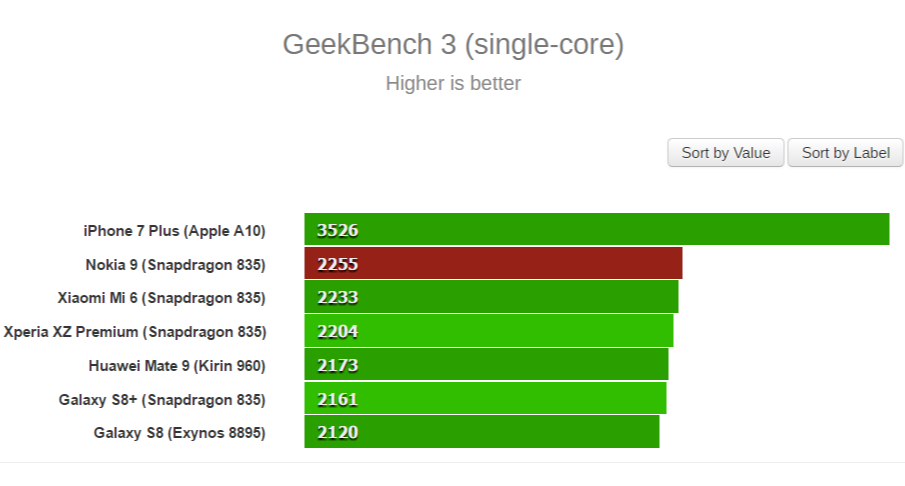 The benchmark listing has also confirmed that the device packs 4GB of RAM and runs on “pure” Android 7.1.1 Nougat, which could have helped the Snapdragon 835 SoC to outperform its competitors such as the Galaxy S8 and Xiaomi Mi 6. 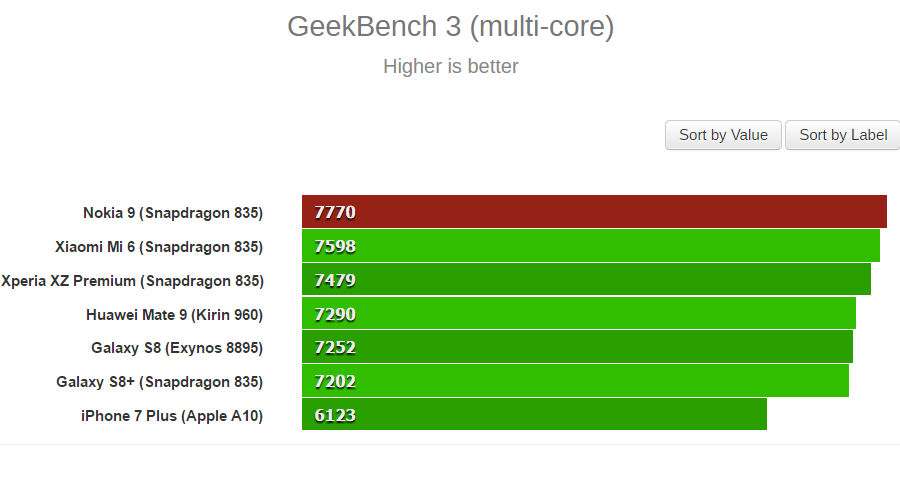 We expect the Nokia 9 to be officially unveiled by June at a price quite competitive but still expensive when compared to its other Nokia series siblings.

Next Nubia Z17 first image leaks, have a look at its bezels!