The Oppo R11 recently turned up in an official video ad. To be announced on the 10th of June, there have been multiple leaks surrounding this smartphone. The latest leak shows the Oppo R11 in three different color variants, pink, black and gold. 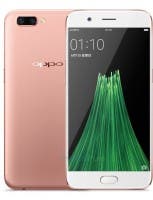 The images shown confirm the previous rumors surrounding the R11. It sports a dual camera setup in the back with an LED flash. The front houses the fingerprint sensor which also doubles as the home button. The phone has two other physical keys, the power button on the right and the volume rocker on the left.

Along with the R11, a bigger R11 Plus model is also expected to be announced. The Oppo R11 is expected to sport the Qualcomm Snapdragon 660 SoC with 4GB of RAM and 64GB of onboard storage expandable up to 256GB. It will have a 5.5 inch 1080p AMOLED display and will run Android Nougat 7.1.1 with Color OS 3.1 on top. It’ll be powered by a 3000mAh battery. The rear will sport a dual camera setup of 20MP+16MP sensors whereas the front will sport a 20MP selfie camera.

As for the Oppo R11 Plus, the front will have a 6 inch 1080p AMOLED display. The phone will sport the same specifications as its sibling except a bumped up 4000mAh battery and 6GB of RAM.