It’s not the first time that a “mystery” model codenamed “Unknown Heart” -which is the Nokia 9 flagship- appears on Geekbench guys, I think you already know that, but this is the first one that the specific model comes with 4GB of RAM instead of 8GB! 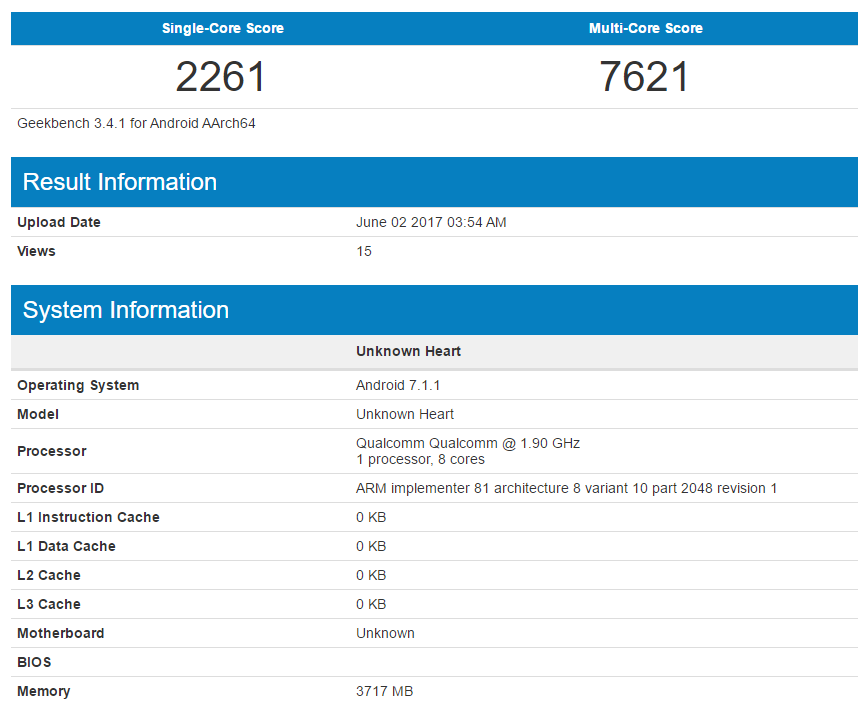 Nokia 9 is expected to be released in various versions with 8GB of RAM (aimed for the spec-competitive Asian markets) and 4GB of RAM for the US/European markets where people choose this amount of RAM for their everyday use. According to recent rumors, the Nokia 9 could come with a price tag of 700$ in the US and 750€ in Europe, packing a 5.3-inch QHD screen, 64GB of internal storage, 12MP dual camera setup and Quick Charge 3.0 compatibility.

Next Gretel GT6000 showing off its parallel space features