As promised we couldn’t miss the Blackview Global Agent Sale conference in Prague so here i come with the bunch of first-hand news and pictures from the event. We had a chance to witness the presentation for all the upcoming Blackview models for the next few months so we will take it one model at a time.

Of course the biggest expectation and focus was rightly so aimed at the new generation of the rugged flagship, the Blackview BV8000 Pro. I have to say the phone quite delivered on the promise and i have been impressed with it, especially the build quality seems pretty good. For starters at the very beginning they dropped it in the tank full of water to show the waterproof capabilities and later on fished it out to show it’s intact and working. Then Blackview’s CEO Mr. David XU got on stage with the slides and explanations. 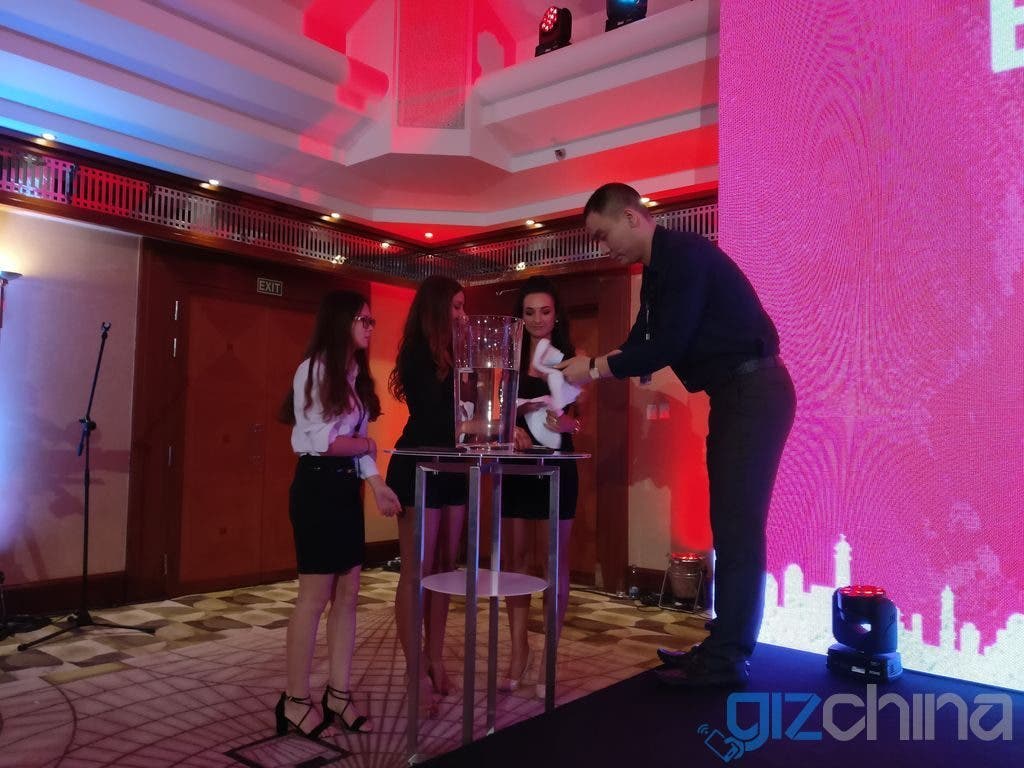 As expected the Blackview BV8000 Pro comes with a typical rugged build combining metal, rubber and plastics, but the design looks cleaner and neater than the previous generation, especially the rear side. It employs the Helio P20 processor paired with 6 GB RAM and 64 GB of internal storage with microSD expansion slot. Rear camera will be the 16MP Samsung S5K3P3 with PDAF +dual LED flash and the front one 8MP Samsung S5K4H8 with fast focus. 5-inch display has FullHD resolution and is protected by Gorilla Glass 3. Furthermore the phone has Smart NXP audio chip, 4180 mAh battery, IP68 certification and Android 7 Nougat with customized UI.

Mass production for the Blackview BV8000 Pro is expected to start on June 10th so it will be available for buying in matter of days. Later on should also come a Lite version of device with 3 GB RAM. BV8000 Pro feels really solid in hand and left a very good impression, strenghtened by the fact it was actually the only new Blackview device shown as a finished phone and not just a dummy prototype.

Then we got to see the presentation for the cost-effective rugged BV4000 model, which turned out to be a pleasant surprise for me personally. Yes it still has the very basic MT6580A processor, but the build feels great and it even has a 8MP Sony IMX239 dual rear camera. Front camera is down to 2MP resolution, 4,7-inch display gets HD resolution, memory is sadly only 1GB RAM+8 GB ROM. IP68 certification is also there just like Android 7 Nougat and battery capacity clocks at 4000 mAh. Better BV4000 Pro version with MT6737 and 2GB RAM+16 GB ROM should follow soon too.

Another cost-effective mode will be the Blackview A7, this time it’s a non-rugged phone too. It’s fairly standard 5-inch HD resolution piece with MT6580A, 1GB RAM, 8 GB ROM and Android 7.0 Nougat. It slightly stands out of the crowd with a dual 5MP+0.3MP Samsung S5K4E2 rear camera. Availability also pretty soon.

There are still some questions unanswered with the P6, because the press release has listed AMOLED for the display, while the catalogue and actual model listings IPS…. Also the prototype of the phone was once again only a dummy so no chance to test it. Also it comes as a disappointment the actual back cover of the device is just plastic instead of metal like the previous P2 model. On the other hand it looks fairly sleek and reminds me of a Huaweii P9/P10 a bit. And it looks quite stylish in the elegant blue version.

During the Q&A in the end Mr. Xu revealed no intentions of planning a different chipset-based phone, their cooperation is fully focused and locked on Mediatek. In the software department they are also working closely together with Google on further updates so we can expect the models being updated soon to the latest security versions of the OS. As for the sales department, Blackview already established a foothold in Europe partnering up with an official distribution in Czech republic so more countries should follow theoretically too.

Previous Nokia 3, 5 and 6 will launch in Finland tomorrow

Next ZTE releases their latest mid-range device, the V870