With the Moto Z2 Play becoming official, the Z2 has finally stepped out of the closet and popped up on Geekbench. Moto hasn’t officially given any word on their flagship offerings, with the Moto Z2 and the Moto Z2 Force scarcely appearing in leaks and rumors. The last we saw was a leak from a Motorola event that showed the timeline of the 2017 Moto devices. 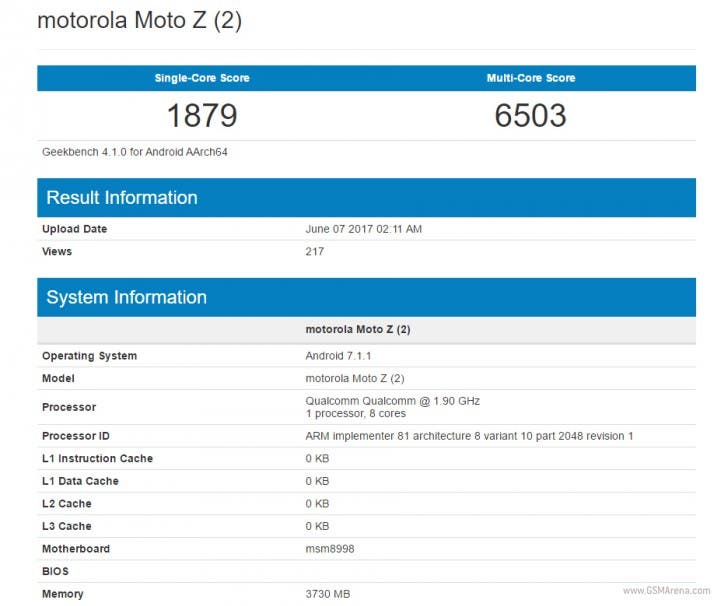 From the listing on Geekbench, it is visible that the Z2 will house 4GB of RAM, a sweet spot for major flagships, and in my personal opinion, right on point. Powering the phone is a Qualcomm Snapdragon MSM8998 aka Snapdragon 835 octa core chipset clocked at 1.9GHz.

Motorola introduced the Moto mods last year with the Z lineup. And this time too, it has improved upon them. The Moto Z2 Play has support for new Moto Mods, which we are sure will be available for the Z2 too.

The phone runs Android Nougat 7.1.1. Previous leaks have indicated towards a dual camera setup on the back with a dual LED flash too. The phone is expected to have a similar, thin profile as its predecessor. Motorola has not shared a word about the launch of the Z2, but we are expecting a launch around the month of July. Watch this space for more!