This looks interesting I guess, especially if it turns out to be true. So guys, we have the specs of a purported Lenovo ZUK Z3 Max flagship model, which is rumored to be the successor of the Lenovo ZUK Z2. 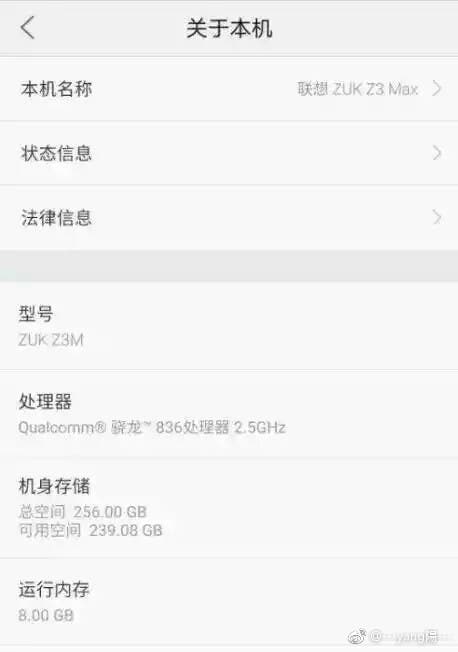 The leaked info appeared earlier on Weibo and the user who placed the screenshot insists that this upcoming smartphone will use the not yet announced Snapdragon 836 SoC that is supposedly a small bump up from the Snapdragon 835 SoC, offering a slightly overclocked processor speed.

The leakster also insists that the upcoming Lenovo ZUK Z3 Max will come with 8GB of RAM and will have 256GB internal memory, out of which 239GB is usable. He also uploaded another photo – one that I believe that is fake so be careful- that shows a smartphone with a bezel less display.

In any case non of the above have been confirmed so please, take them with a pinch of salt 😉