A new “mystery” phone from Lenovo, called Motorola XT1789 appeared on GFXbench recently with really strange technical specs (and benchmark results), that don’t seem to fit to what we know so far for any of the upcoming models of the Moto family. 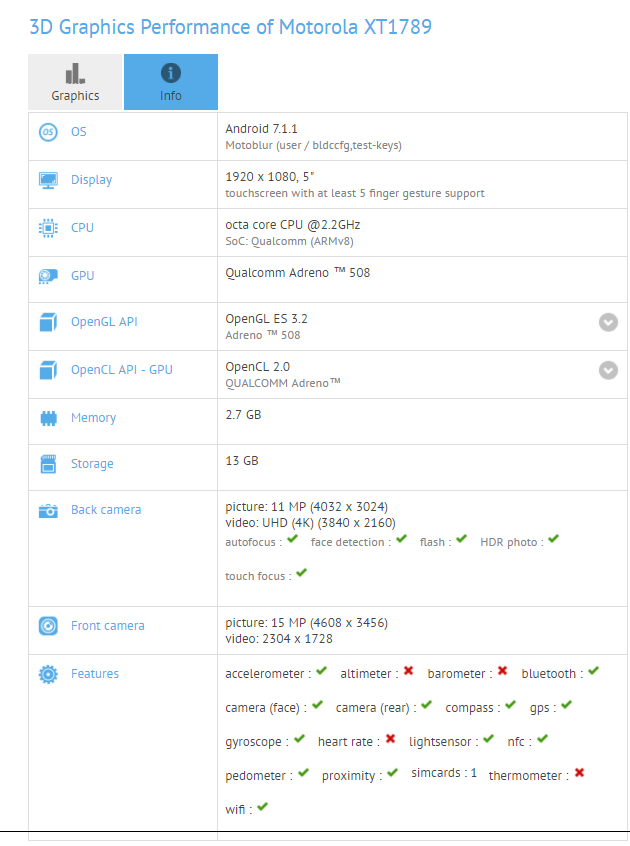 The device that hit Geekbench comes with a 5 inch full HD display, 3GB of RAM and only 16GB of internal storage, equipped with an 8 core chipset inside. The SoC is clocked at 2.2GHz and since it’s coupled with an Adreno 508 GPU we can safely assume that it will be a Snapdragon 630 or 660 model.

In terms of camera, the XT1789 packs a 12MP main camera that records 4K video, a 16MP selfie camera placed in front, runs on Android 7.1.1 Nougat and comes with NFC support too! Well if we were to take a guess, the specs hint at a mid-range model, probably a Moto G variant or a special “lite” version of the Moto X4?

Since we have no confirmed info on this, we’ll just have to wait and see 😉