The AGM M1 is an interesting device for 2017. It’s a feature phone with features like a rugged design, a physical keypad, a big bulky design, superb battery life and no touch screen. Yes, this is all happening in 2017.

After the arrival of smartphones, the feature phones market dropped severely. The device type had pretty much disappeared from most markets, up until the Nokia 3310 launched again. Even then, it was the exception rather than the rule in the market.

In this situation, AGM M1 is one of those rare feature phones that has managed to stick out. So what exactly is it about the AGM M1 that keeps it relevant? Why has it remained when most of the world have moved on to smartphones as the standard?

The AGM M1’s base is made with sturdy plastic, though it’s wrapped by so many things that it’s kind of hard to make out. You get some extra protection from the kevlar inserts on the left and right side, while the back panel is rubber and secured with screws. Like most feature phones, it also sports a plastic keypad on the front, and the keys are nice and clicky.

The device comes with tool for removing the screws securing the back panel, and under it we find the removable battery, dual SIM slots, and a TF card slot. On the back of the device, we have the 2MP camera as well as its LED flash. The 3.5mm audio jack on top and USB port at the bottom are both safeguarded by rubber lids, keeping the device water and dust resistant.

It feels comfortable and substantial in the hand, especially when compared to other feature phones like the old Nokia 3310. This added material does result in some added weight for the device, but if you’re looking at this device then you shouldn’t have a problem with it. 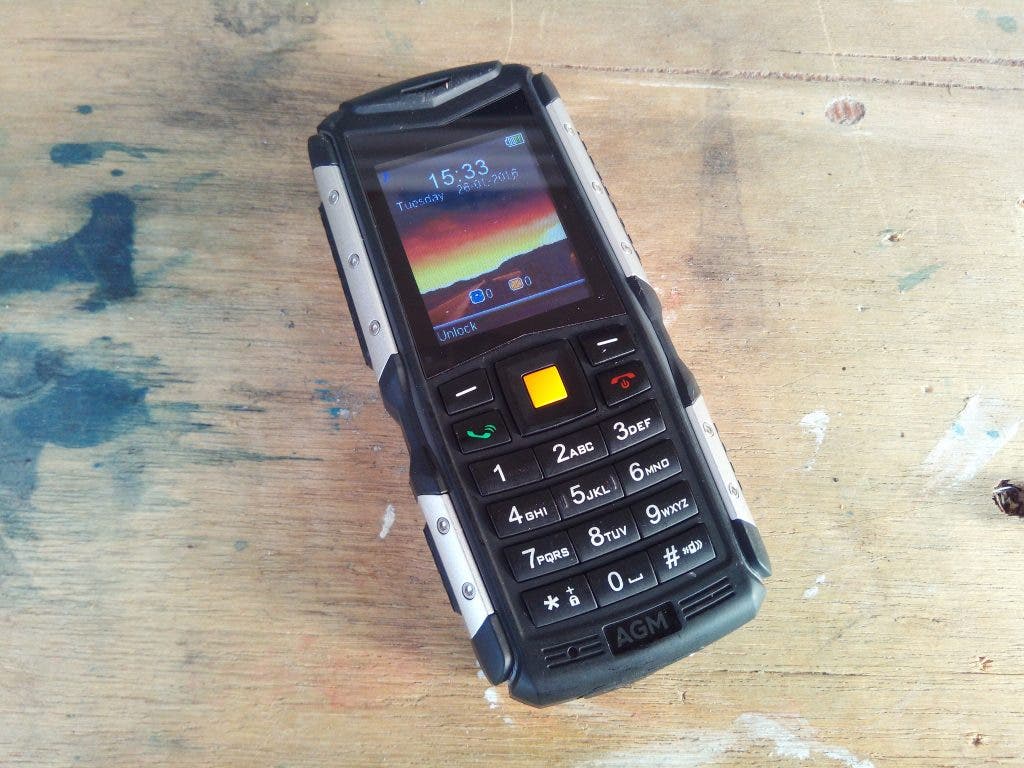 AGM M1 is a feature phone that sports a 2 inch screen (not a touch screen) with a resolution of 220 x 176. Clearly, this device isn’t meant for media consumption. The display comes in with a sad PPI of 140, though on a phone this small it won’t really matter much.

It is a basic phone meant for making / receiving calls and SMS’s. It also supports 3G, but it’s much too cumbersome and slow to use efficiently. All in all, the M1 does what any feature phone does well, receive and make calls and send texts, and it does this pretty well.

The AGM M1 comes with a very basic OS reminiscent of old Nokia and Sony feature phones. It’s simple to use, with the menu showing you everything you want and need. Basically, if you’ve ever used a feature phone, you know what to expect here.

There are only nine options from the main menu, these being the dialer, contacts list, settings menu, media options (which includes camera and music), messages, games, a file manager, the web browser and basic utilities like a calculator, a calendar and the torch light.

Everything works well, and the UI is light and snappy in daily use. Aside from that, I don’t really have anything to say. It accomplishes all the things you’d expect a feature phone to accomplish, and it does everything well enough.

Like any feature phone, the AGM M1 is snappy and fast. It performs all the tasks it can with ease and can run the built in version of Snake very well. Really though, it’s a feature phone. There’s not really any way to make it lag, since there aren’t any intensive tasks to run. Performance can only be flawless here. 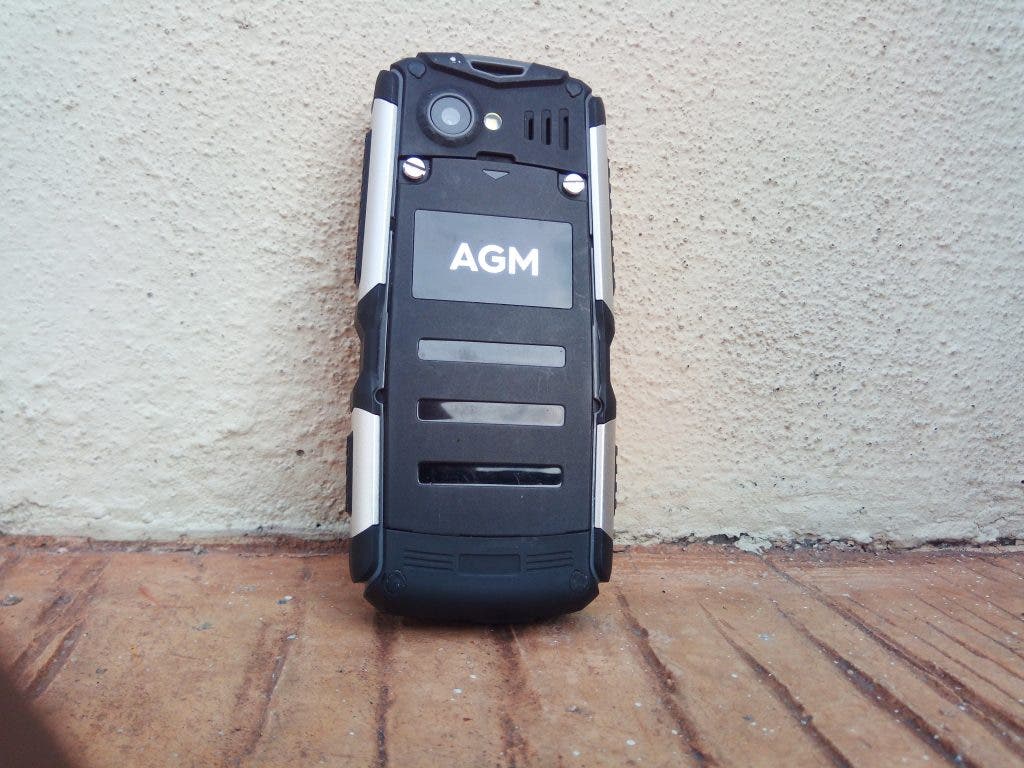 The AGM M1 comes with a 2,570 mAh removable battery, which is fantastic for a feature phone. On a single full charge, the device managed to last me five whole days before needing another recharge. This is very good, and above the average battery life even when compared to similar feature phones.

The AGM M1 has mixed audio performance. The built in rear speaker is simply not good, as distortion is obvious at high volumes and clarity is lacking. This is directly a result of the device’s water and dust resistant nature, just as many other IP68 suffer from it.

The in-call speaker on the other hand is very good. It’s loud and clear, which is important for a device that will primarily be used for making and receiving calls. Worth noting however is that audio from the 3.5mm headphone jack is quite good, so the M1 could be suitable as a chunky MP3 player.

OK, the M1’s camera is definitely not a selling point of the device. It’s extremely rare that you find a feature phone with a decent camera, and the AGM M1 isn’t exactly helping much. The camera is generally just bad all around, so if you were planning to use the camera for anything, I’d recommend looking elsewhere.

Details are incredibly blurry, colour accuracy isn’t good, shutter speeds are slow and pretty much anything you snap with this camera is going to turn out bad. As if that weren’t bad enough, it’s almost impossible for me to extract the images from the phone itself since it’s having trouble reading my SD cards and can’t connect to my PC.

As far as I’m concerned, the AGM M1 performs all its functions extremely well. The device supports dual sim cards, though only the first slot supports WCDMA. The other slot on the other hand is limited to GSM, not that it really matters too much. The device also only takes TF cards of up to 32GB, as I’ve discovered during testing.

The port for charging is a standard microUSB port, which is good. Unfortunately, as far as I know it only works for charging. I can’t find any way to connect it to my PC at all, and I’ve pretty much tried every possible way.

Outside of that, the only other real connectivity option available is Bluetooth 2.1. There’s really not much else to say about the device other than that it’s a decently good feature phone with a few slight flaws.

The AGM M1 is a pretty good feature phone, but it comes with the normal caveats of having a feature phone. The camera performance is not good, and the audio quality is typical of your rugged device. The rugged nature of the device however definitely makes up for all of that, and the battery life of the thing is fantastic.

Next The HOMTOM ZOJI Z7 is on sale for $84.54 on AliExpress Tech Discovery