UHANS’s Xiaomi Redmi Note 4 clone is finally launching, it’s called UHANS Note4 and it shares very similar hardware and looks with the former. The smartphone is currently on sale for $109.99 but if you’re lucky enough you can get this little boy for just $59.99. We’ll find out details about the deal just after we learn a bit more about the phone! 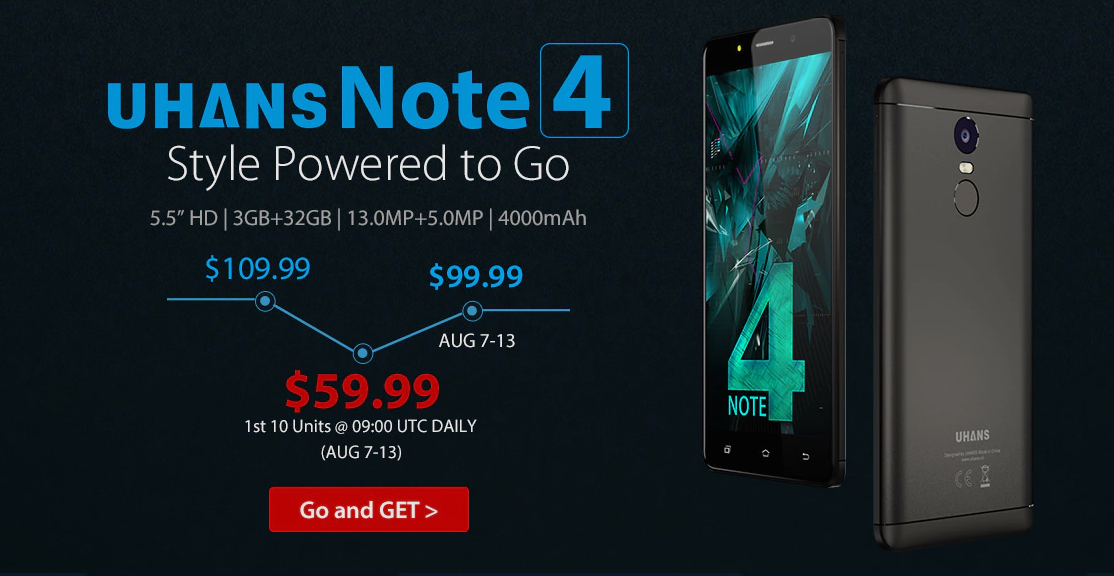 UHANS’ Note4 main selling point is its looks which are admittedly inspired by Xiaomi’s best selling Redmi Note 4. The hardware is also very similar, exception made for the CPU which is a Mediatek MT6737 on the cheaper UHANS. That aside, we still find 3GB of RAM and 32GB of internal storage (expandable up to 128GB). The smartphone also runs stock Android 7.0 Nougat which is a step forward from the Redmi Note 4 which still comes with a MIUI ROM based on Android 6 Marshmallow.

Other than that, on the UHANS Note4 we find a 13MP rear camera, a 5MP selfie shooter and a big 4000mAh built-in battery.

In conclusion, the UHANS Note4 is an even more budget-friendly version of the Redmi Note 4. If you really liked the look the Xiaomi phone but don’t want or can’t spend more than $100, then this could be for you.