Fro. What the renders show, the phone will feature a secondary e-ink display on the back. The phone features a front mounted fingerprint scanner. The main focus lies on the secondary display which Yota pioneered with it’s YotaPhone. 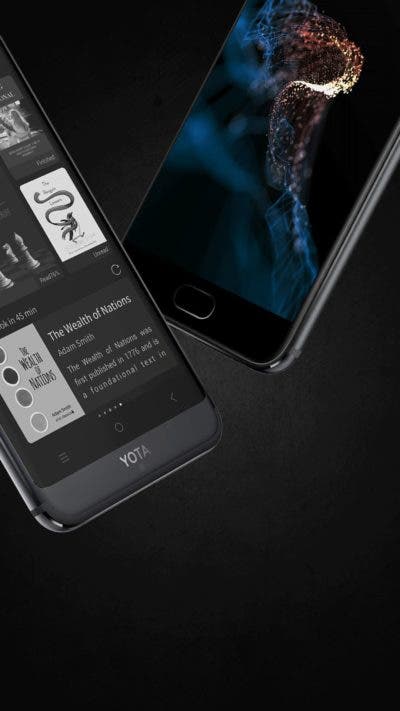 Along with the images, certain specs about the smartphone have also been leaked. It will sport a 5.5 inch 1080p display on the front with a 5.2 inch 720p e-ink display on the back. Under the hood the YotaPhone 3 will have the octa core Qualcomm Snapdragon 625 processor coupled with 4GB of RAM. It’ll be available in two storage variants, 128GB and 64GB. The phone will be fueled by a 3,200mAh battery. On the software front, the phone will run Yota OS 3.0 on top of Android Nougat 7.0. A 13MP camera will adorn the front while the back will sport a 12MP camera.