We do love it when Chinese phone brands go out and get a little creative with their videos. Over the years we’ve seen phones smash nuts, hammer nails, set on fire, ran over, frozen, dropped from a drone, cut in half and more.

Blackview though has taken its latest Android smartphone to the swimming pool and to the beach to test the phone in a few real life situations, after all there’s no point having a phone that can survive being dropped from a drone if it can’t survive your day to day life.

In the video below we see the Blackview BV8000 Pro used at the swimming pool, dunked in water, dropped and even used as a makeshift shovel for digging holes on the beach.

The Blackview BV8000 Pro is the latest in a range of performance outdoor handset from Blackview, and takes what the phone maker learned from the BV6000 and BV7000 Pro to the next level. The new phone boasts improved camera performance and better specs than before.

Under the hood, the BV8000 Pro has a powerful octacore 2.6Ghz Mediatek MT6757 chipset, and a huge 6GB RAM + 64GB internal memory. The rugged phone uses a 5-inch 1920 x 1080 displayed cameras specs are a rear 16 megapixel sensor with an 8 megapixel camera up front. 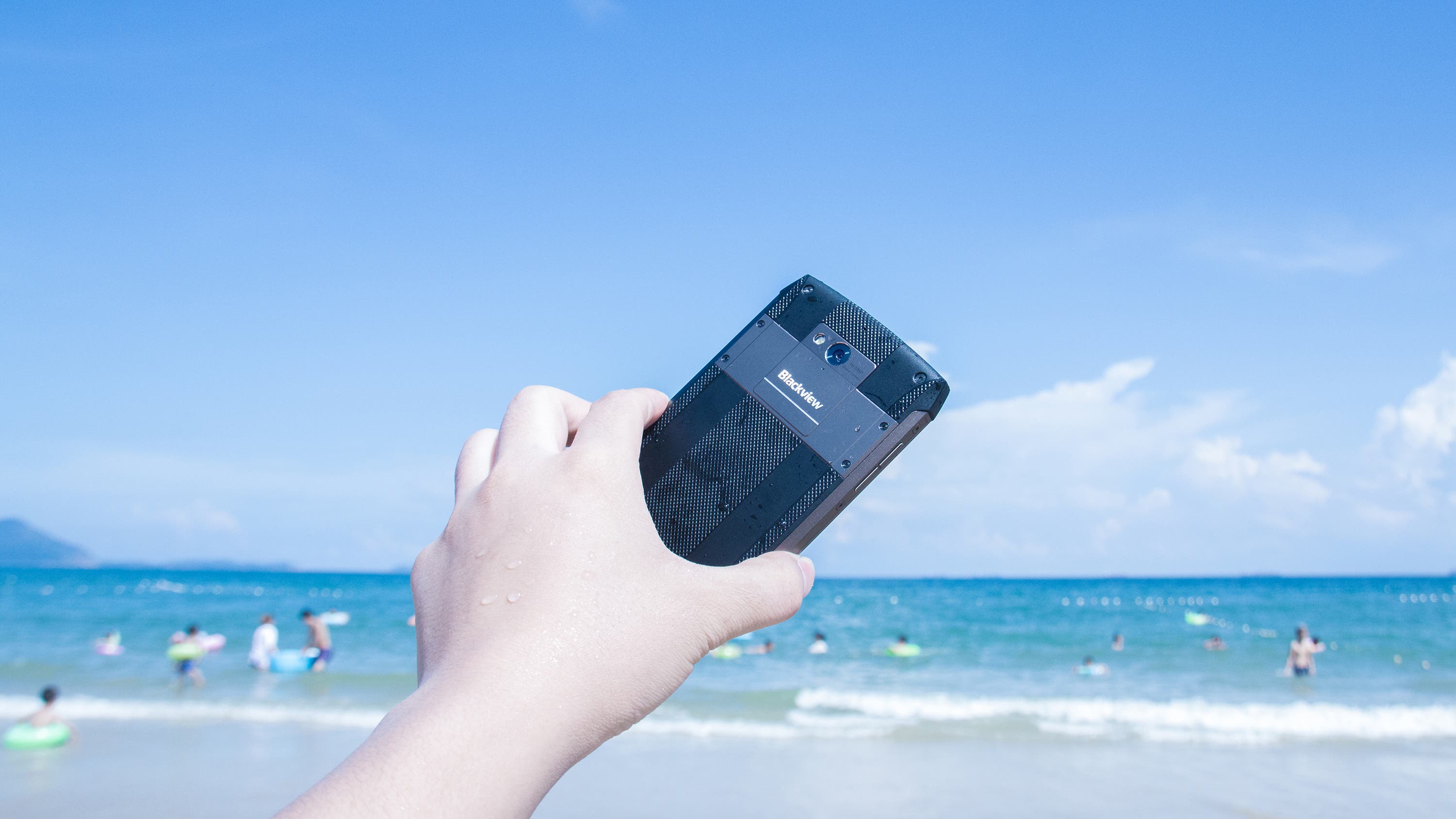 Live other rugged Android phones the battery is quite large, 4180mAh in this case, and it runs Android 7.0 out of the box.

For more information about the Blackview BV8000 Pro visit the official Blackview website here, and if you want to buy one head on over to Aliexpress.