Only a day after from its official launch Ulefone have already uploaded an unboxing video of the Ulefone Armor 2. The successor of the fruitful original Armor, but with a totally revamped design and top specs for a rugged phone. Let’s check out the video uploaded by the Chinese phone maker.

In the unboxing video we have a look at all the accessories we’ll get in the box, so let’s go through them before we talk about the phone. In the package you’re going to get a 9V/2A fast charger, an USB Type-C data and charging camera, a micro USB to USB Type-C adapter, an USB Type-C to 3.5mm headphone jack adapter, a screwdriver, user manual and finally a warranty card. If you subscribe to the event they are running before presales begin on August 15th, you can also get an extra $40 gift bag full of accessories or a $40 coupon for the purchase of an Armor 2.

Let’s get back to the smartphone itself now. We don’t need to tell you how it looks as you’ve probably watched the video already, but you’ll probably interested in knowing the phone’s specs, and you won’t be disappointed. The Ulefone Armor 2 is indeed powered by the efficient MediaTek Helio P25 paired with 6GB of RAM and 64GB of internal storage; these are considered high-end specs compared to other Chinese rugged phones on the market. 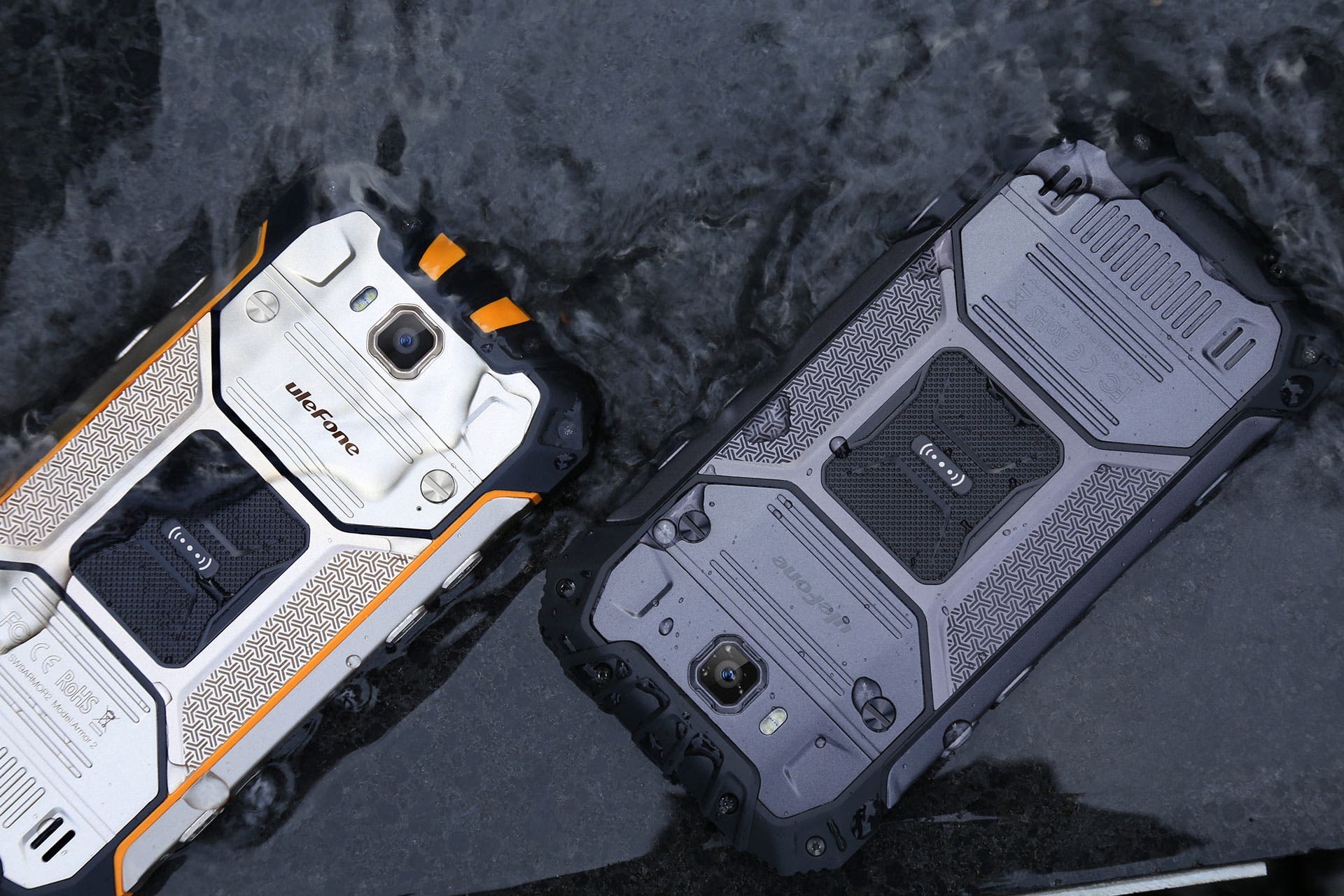 The Armor 2 features a 5.0-inch Full HD display coated in Corning Gorilla Glass 3, a 16MP rear camera, 13MP selfie shooter and is fueled by a 4700mAh battery which supports 9V/2A PE+2.0 fast charging. The fingerprint scanner has been placed at the front, below the display, we then find six more physical buttons including: power on/off button, PTT button, shutter button, Volume +/- button and SOS button. And the sensors on-board are: a barometer for measuring air pressure and altitude in real time, AR/VR compatible 6-axis gyroscope, smart NFC technology, etc.

The smartphone — which supports 27 4G LTE bands — comes in a flexible TPU body with some parts being made of glass fiber, others in reinforced polycarbonate and metal, this gives the Armor 2 a great shock resistance, an IP68 water and dust proof rating, plus makes it withstand temps going from -40C to 80C.

Learn more about the Ulefone Armor 2 on the official website. If you want to subscribe to the presale event then visit this page.