Huawei is getting ready to climb aboard the AI (Artificial Intelligence) train as their latest Twitter teaser suggests. The company will presumably unveil their new AI processor this fall and now, Huawei has released an official video teaser on Weibo which reveals the launch date for the Huawei Mobile AI. You can watch the teaser video here. 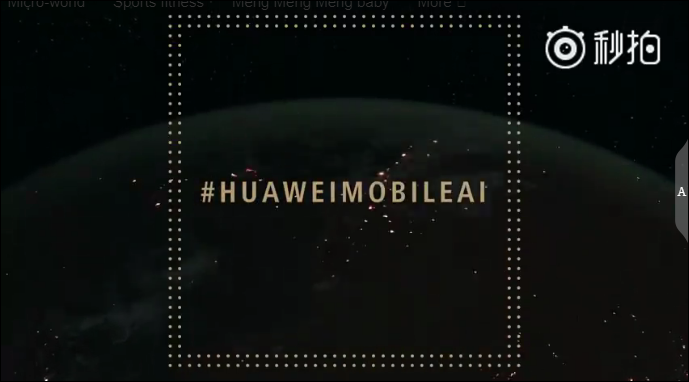 According to the video, Huawei plans to unveil their new AI chip during IFA Berlin 2017, perhaps as one of its innovative technology, giving us a glimpse of what we’re about to see in the near future. Rumors suggest that Huawei head of Consumer Business Unit, Richard Yu (Yu Chengdong)  will give the keynote speech during the event and the main focus would be what the new AI has to offer consumers.

So far we have no official information regarding the features, capabilities of this new AI chipset, but Huawei insists that it will be much more than just a Voice Assistant. So, in addition to voice assistance feature, the Artificial Intelligent processor will bring with it more smart features. It’s safe to assume that this new AI chip will be integrated into the Hisilicon Kirin SoC and perhaps we will see it in the upcoming Kirin 970 chips which would feature on the upcoming Mate 10.