Elephone are feeling really confident about their last announced Elephone S8 and they are now comparing it to the popular Xiaomi Mi MIX. They have some huevos, we have to give them that. 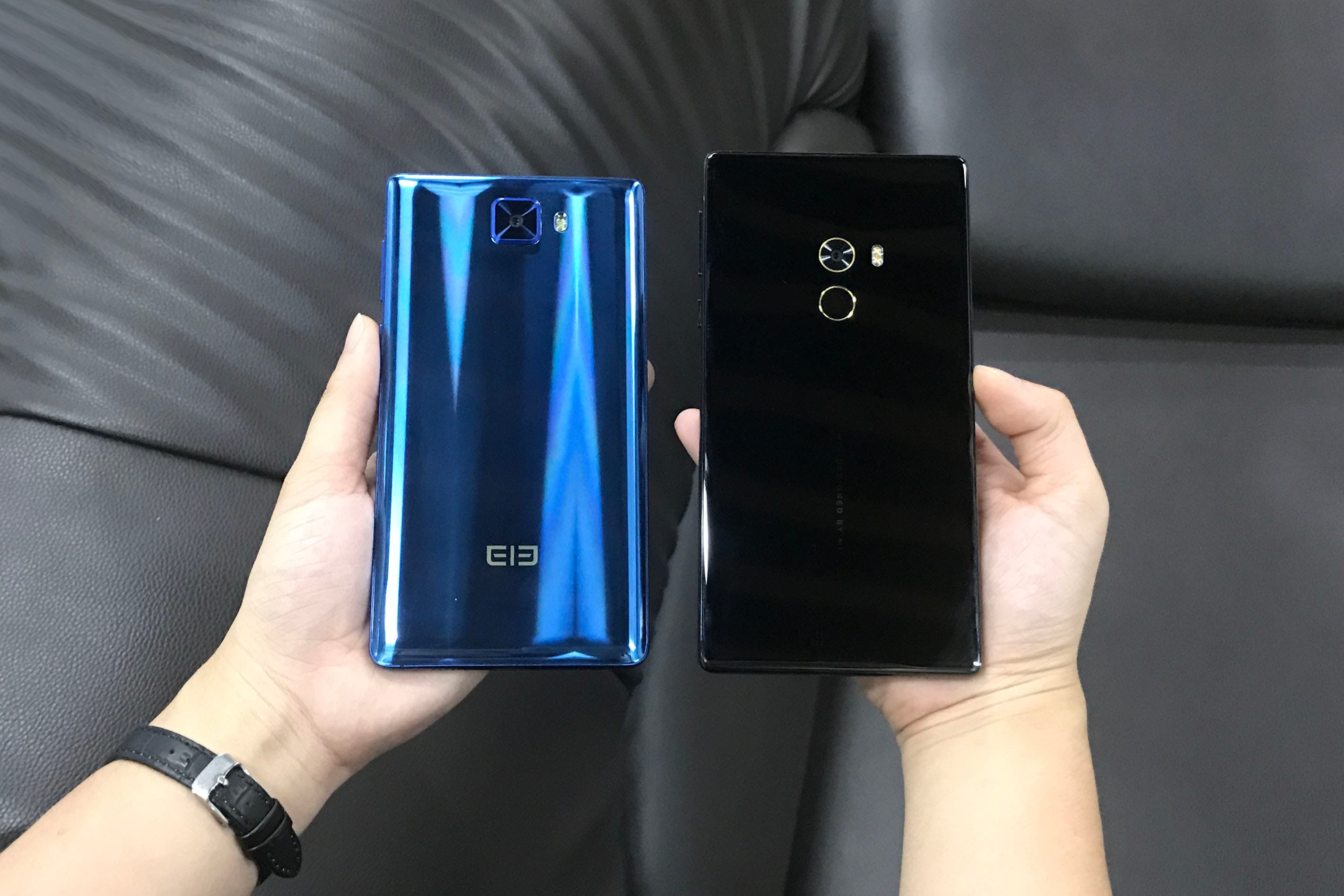 So, what are they actually focusing on? Well, first of all the back of the two phones. The Mi MIX comes with a ceramic back, meanwhile the S8 uses the company’s Lumia glass technology, which according to them looks better under the light and has a really nice glossy effect. The material is also supposed to be as scratch resistant as ceramic and it won’t get damaged as easily.

The Elephone S8 will also be available in multiple colors: Blue and Black; probably coming in Gold and Red later on as well. As you may know the Xiaomi Mi MIX only comes in Black. Elephone’s smartphone will also use an higher resolution 2K display at 1440*2560 and 489PPI, versus the 2040*1080 res and 362PPI we find on the Mi MIX.

As you can see in the image above the Elephone S8 also has a smaller footprint compared to Xiaomi’s phone, with a 92.4% screen-to-body ratio vs the 91.3% of the latter; this is probably the most impressive stat.

The Elephone S8 will be powered by a Mediatek Helio X25 CPU, 4GB of RAM and 64GB of internal storage. The smartphone will cost $279.99, so definitely cheaper than the $500 Mi Mix. If you order now you also get a $40 off discount. More info available on the official website.

Previous Ulefone Snap Deals and More on AliExpress - Starting at $9.84

Next YUNEEC Typhoon Q500 4K Drone $40 Cheaper with our Coupon