A recent tweet from the official Xiaomi Twitter account basically confirmed that the Chinese company is getting ready to launch a dual camera flagship model (globally) in India, next week (on September 5). 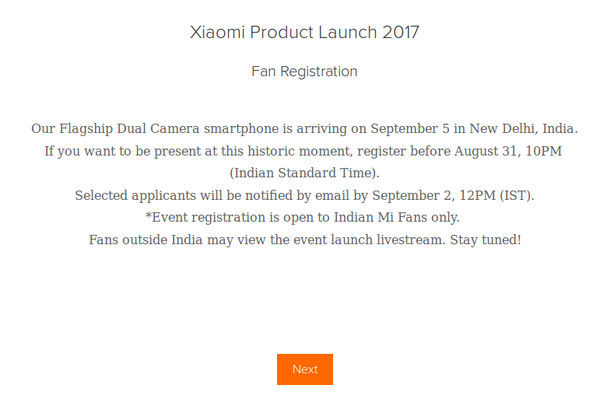 The tweet mentions that the event is scheduled to take place in India’s capital city of New Delhi. Most reports indicate that the company will launch Xiaomi Mi 5X dual camera model during that event, as the device has the same rear camera setup as the Mi 6 and is currently only available in China.

RT if you know which product we will launch! #FlagshipDualCamera

However this hasn’t been confirmed and it surely isn’t a flagship model as the tweet suggests. So could we be seeing an entirely new device being unveiled – Mi Mix 2, maybe? What do you think?