Today Nintendo fans around the world finally got to get some sweet 16bit action with the release of the SNES Classic Mini. I’ve been playing on mine all day and to bring you an early review. 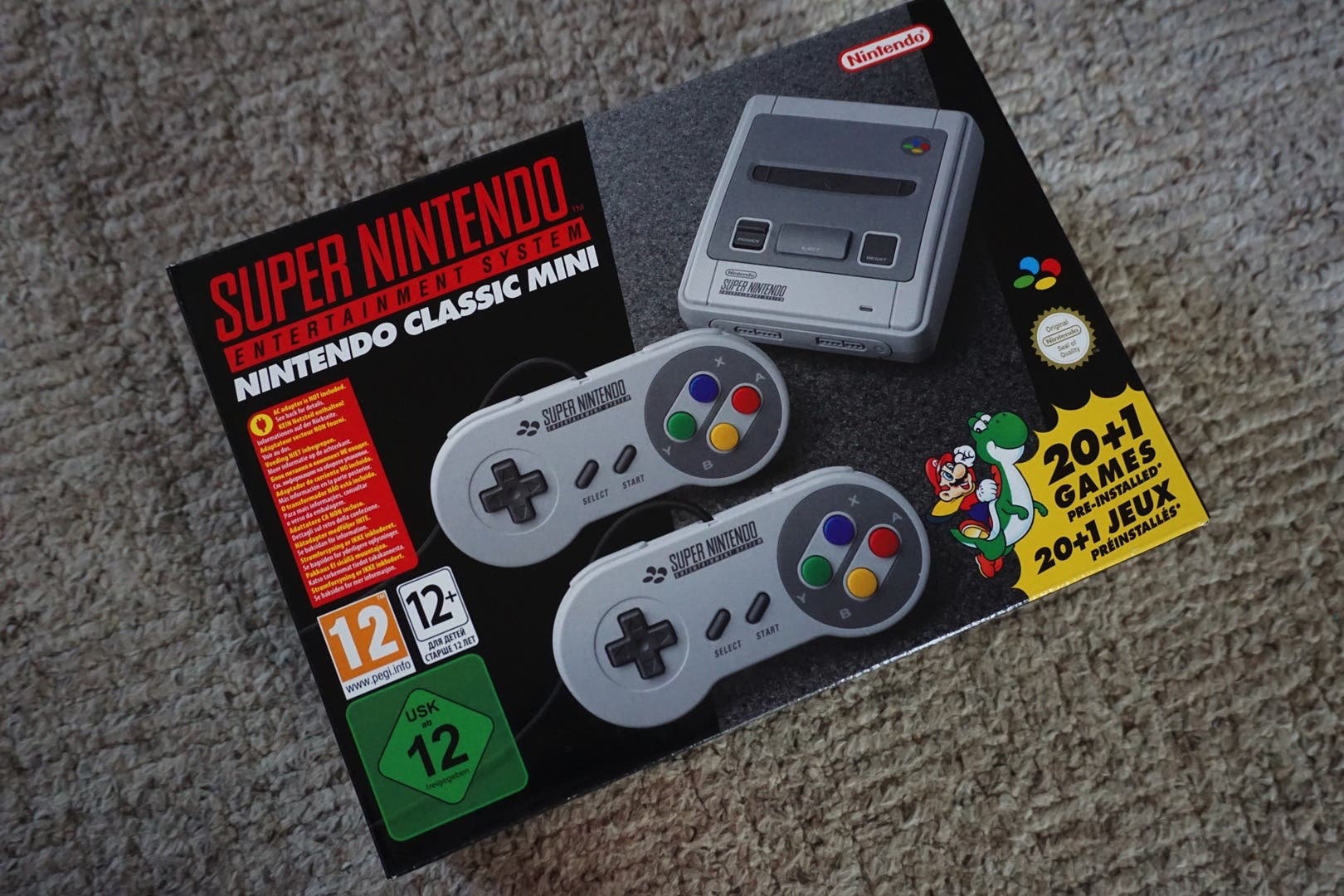 The SNES was Nintendo’s second generation games console. It came after the original 8bit NES and features an all-new design, top-loading cartridge slot, and new controls that brought shoulder buttons to the gaming world. 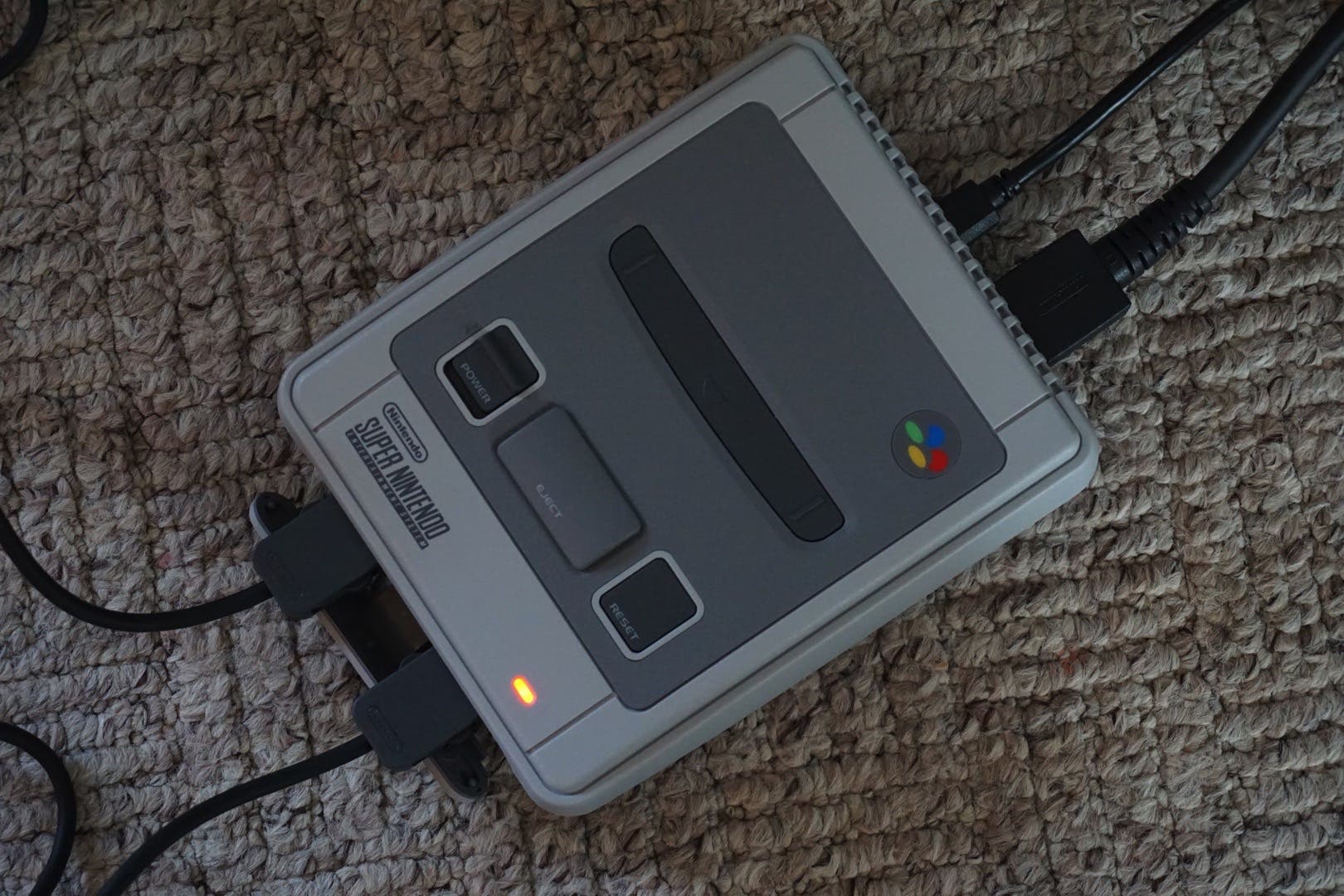 The SNES Classic Mini is visually identical to the original SNES games machine, but it’s a tiny little device that is dwarfed even by today’s much larger gaming machines. Even the relatively small Nintendo Switch looks huge in comparison. 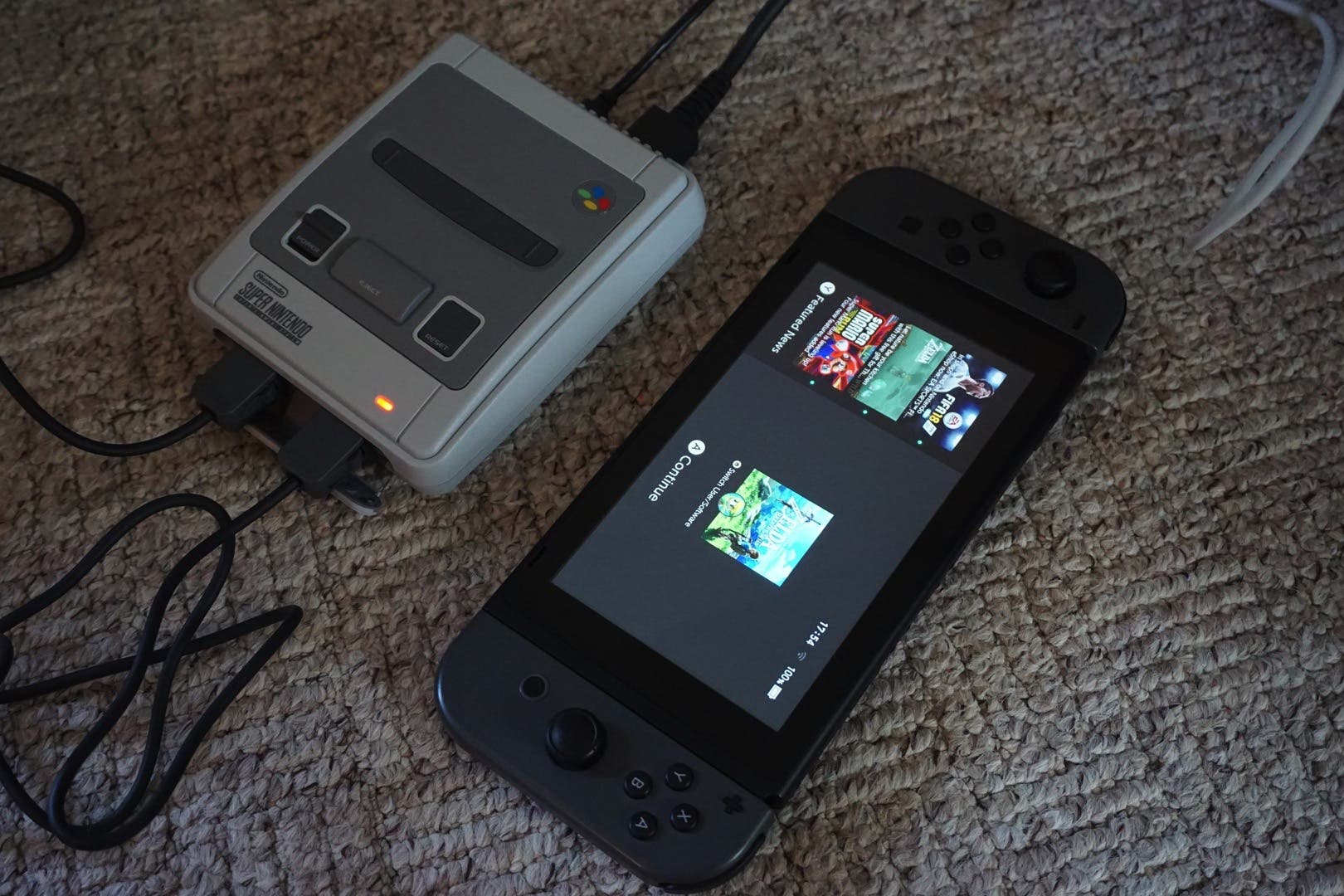 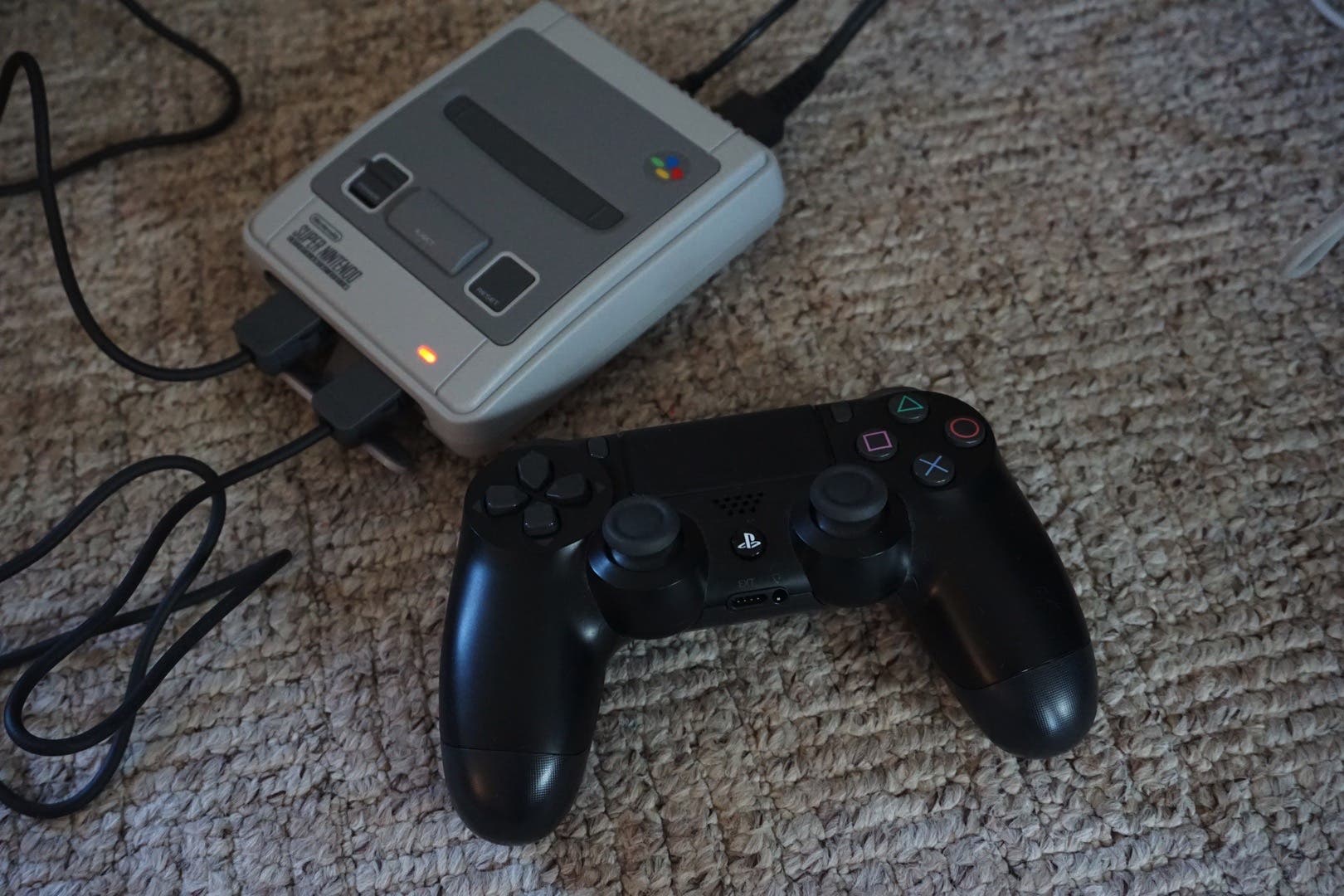 Nintendo has been faithful to the original design of the SNES, and as you can see from my photos I have the European version of the 16bit console has round edges rather than the blocky design of the U.S spec console. 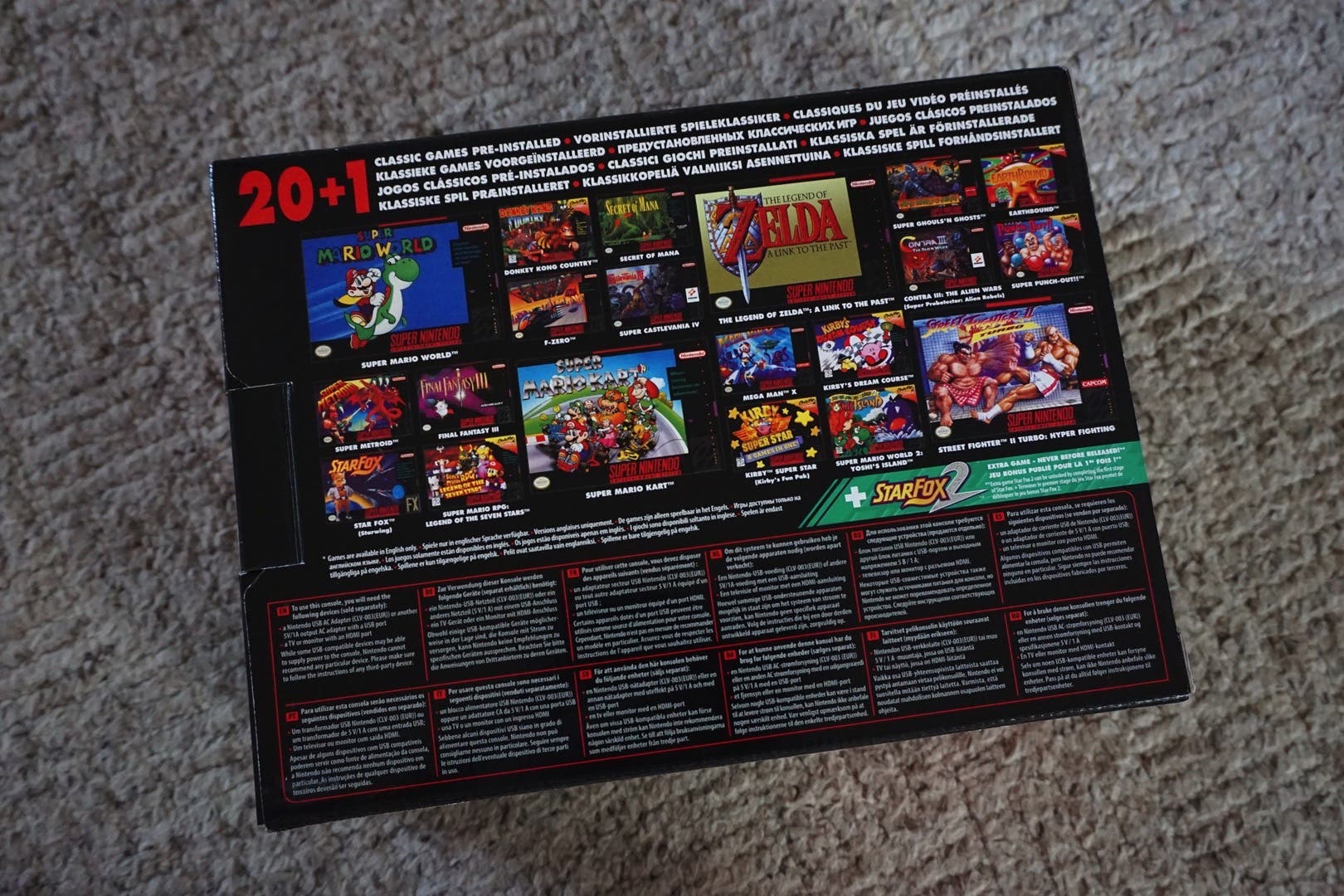 While the SNES Mini Classic looks identical it doesn’t have all of the same SNES features. For starters, the cartridge slot is just for show and the only games you can play on are those 21 pre-installed on the machine out of the box. 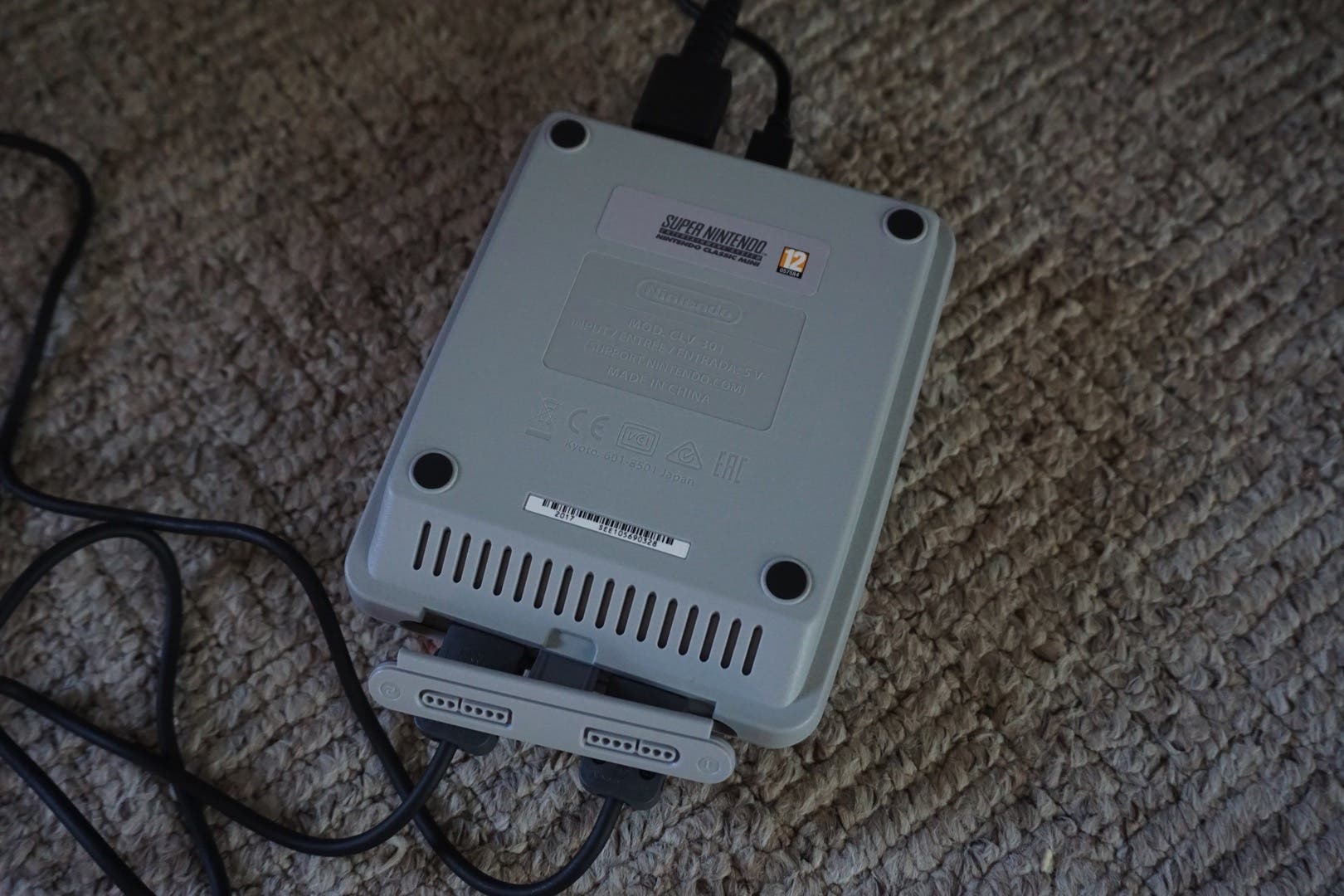 Up front, you’ll notice that the ports for the controllers look identical to the original SNES plugs, but again this is just for show. 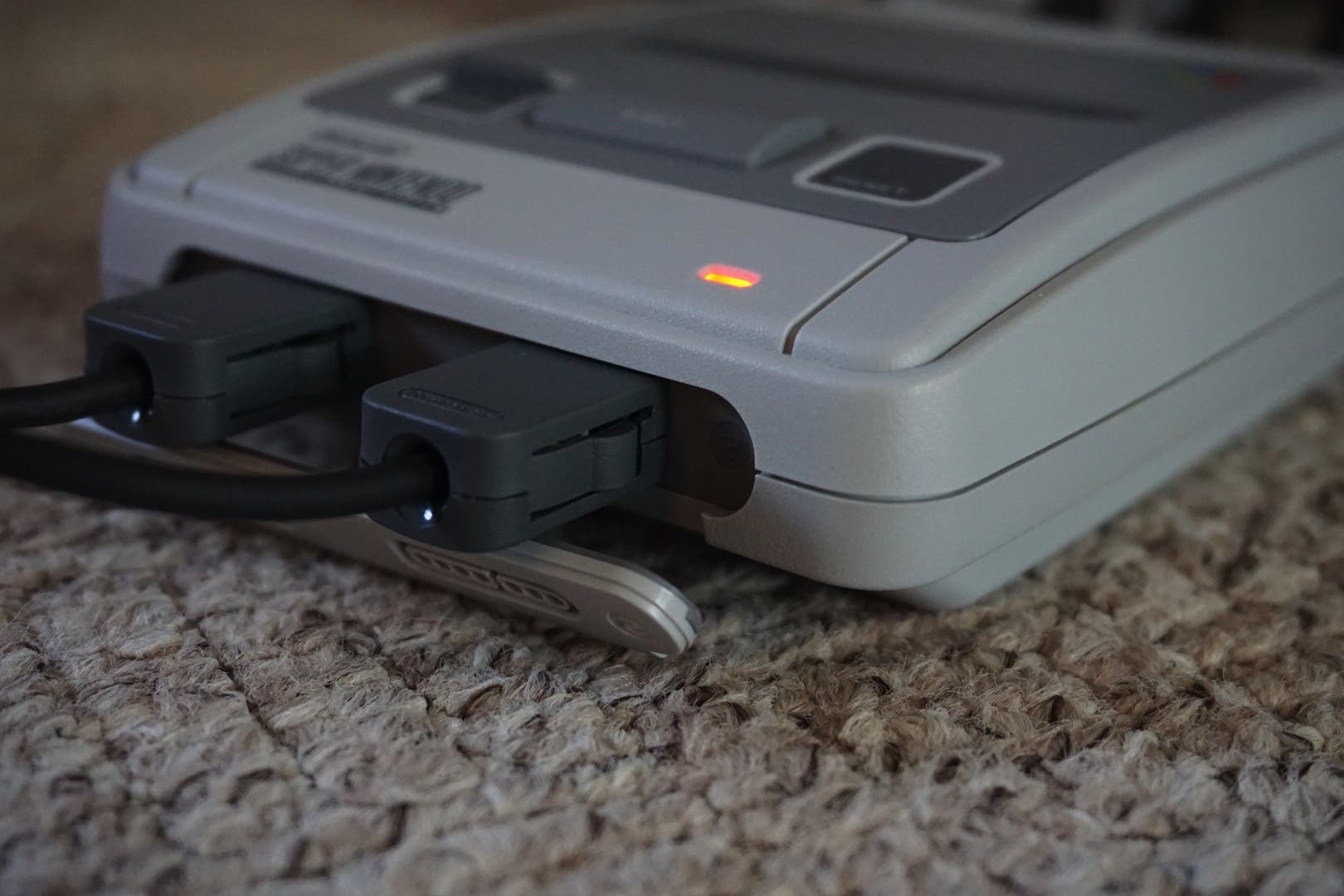 The real controller ports are hidden behind a plastic cover and are actually identical to those on the NES Classic Mini. 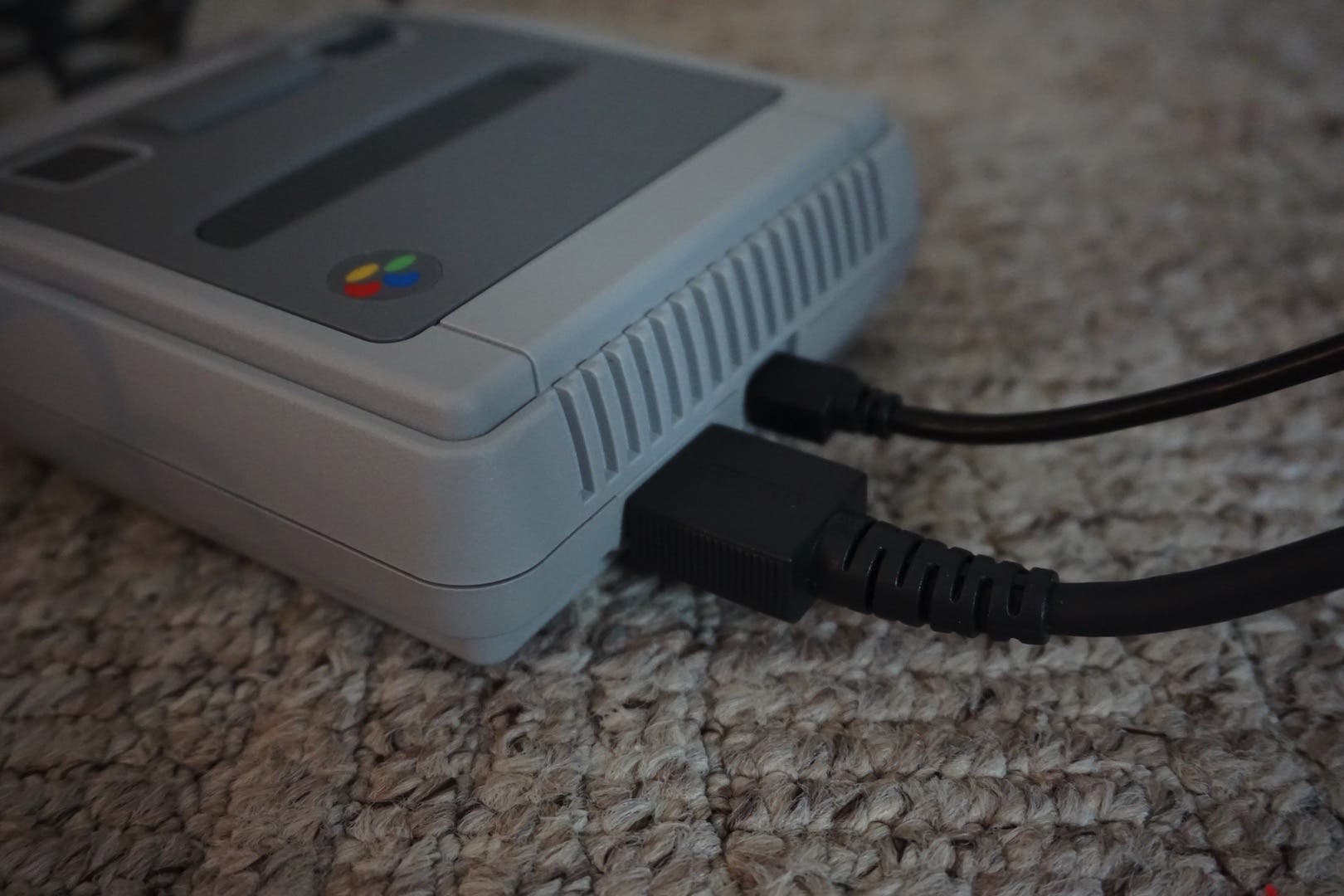 On the rear, the SNES has HDMI out for connecting to modern TV’s and a mini USB for power. Nintendo doesn’t supply a USB power plug with the SNES Classic Mini but you’ll probably find one from a phone that will work, I’ve actually used a Xiaomi Powerbar to run mine.

So it’s smaller and some parts on the SNES Classic Mini aren’t quite the same as the retro version, but the rest of the package is all functional. 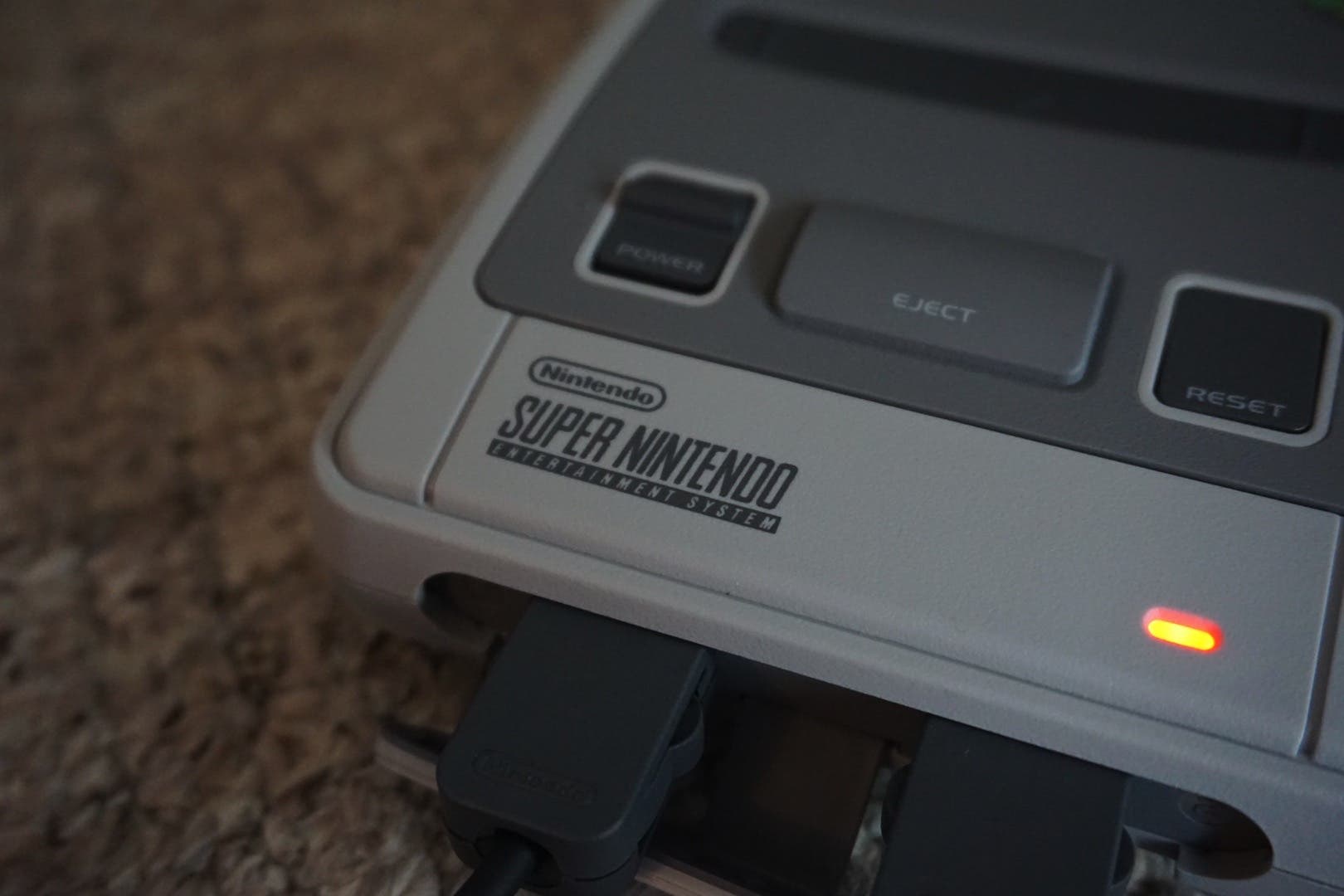 The power switch turns the SNES Classic Mini on with a satisfying click, and there’s a reset button which will allow you to quite games and get back to the systems ‘home’ menu. 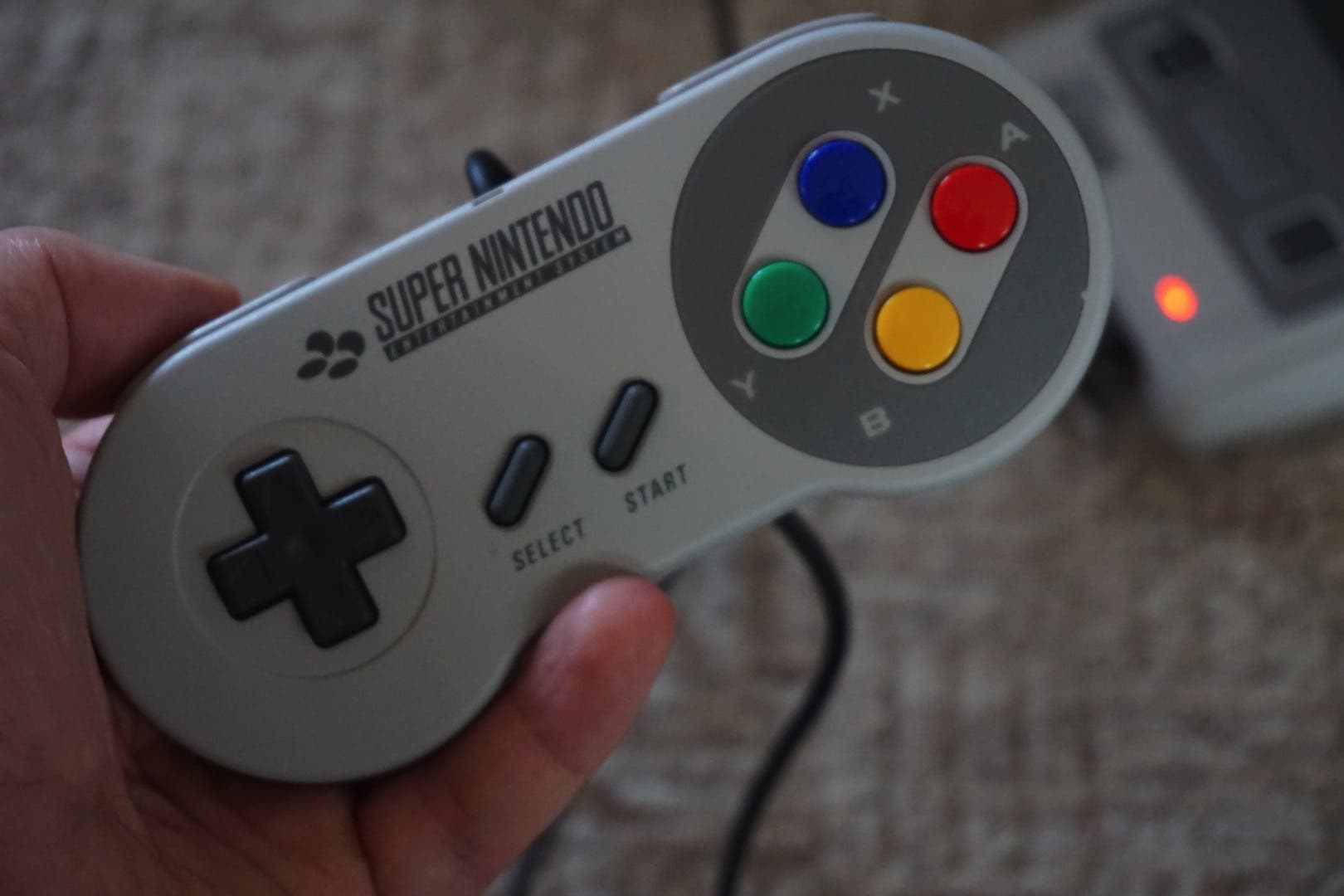 Nintendo supplies two classic joypads with the console and I’m happy to see that the length of cable is way more generous than they were on the NES Classic Mini. I can actually sit back on my sofa to play the SNES without worrying about yanking it off the desk. 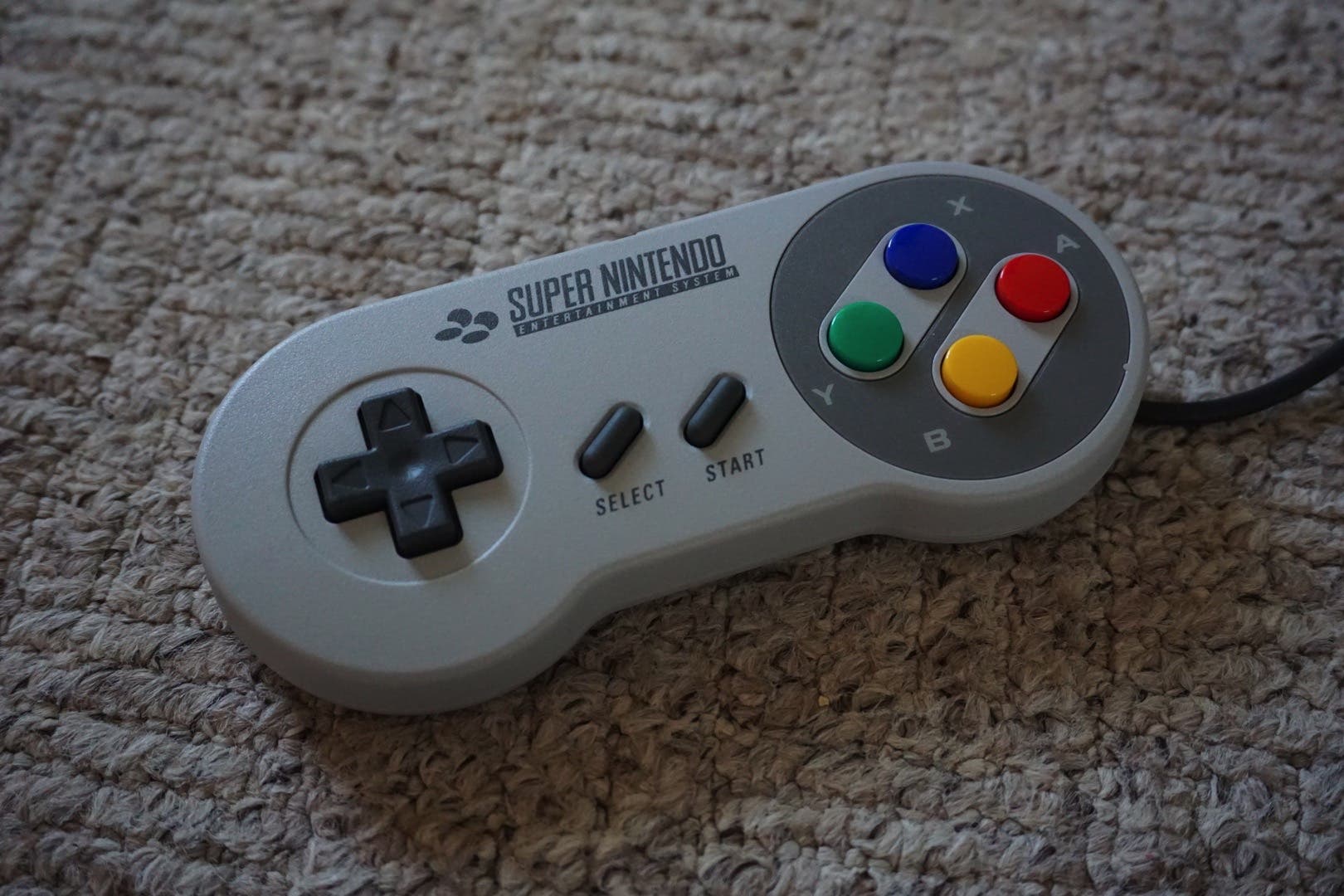 Setting up the SNES Classic Mini is super easy. Connect the supplied HDMI cable to your TV and SNES, plug in a USB cable and power, connect the control pads and switch on. 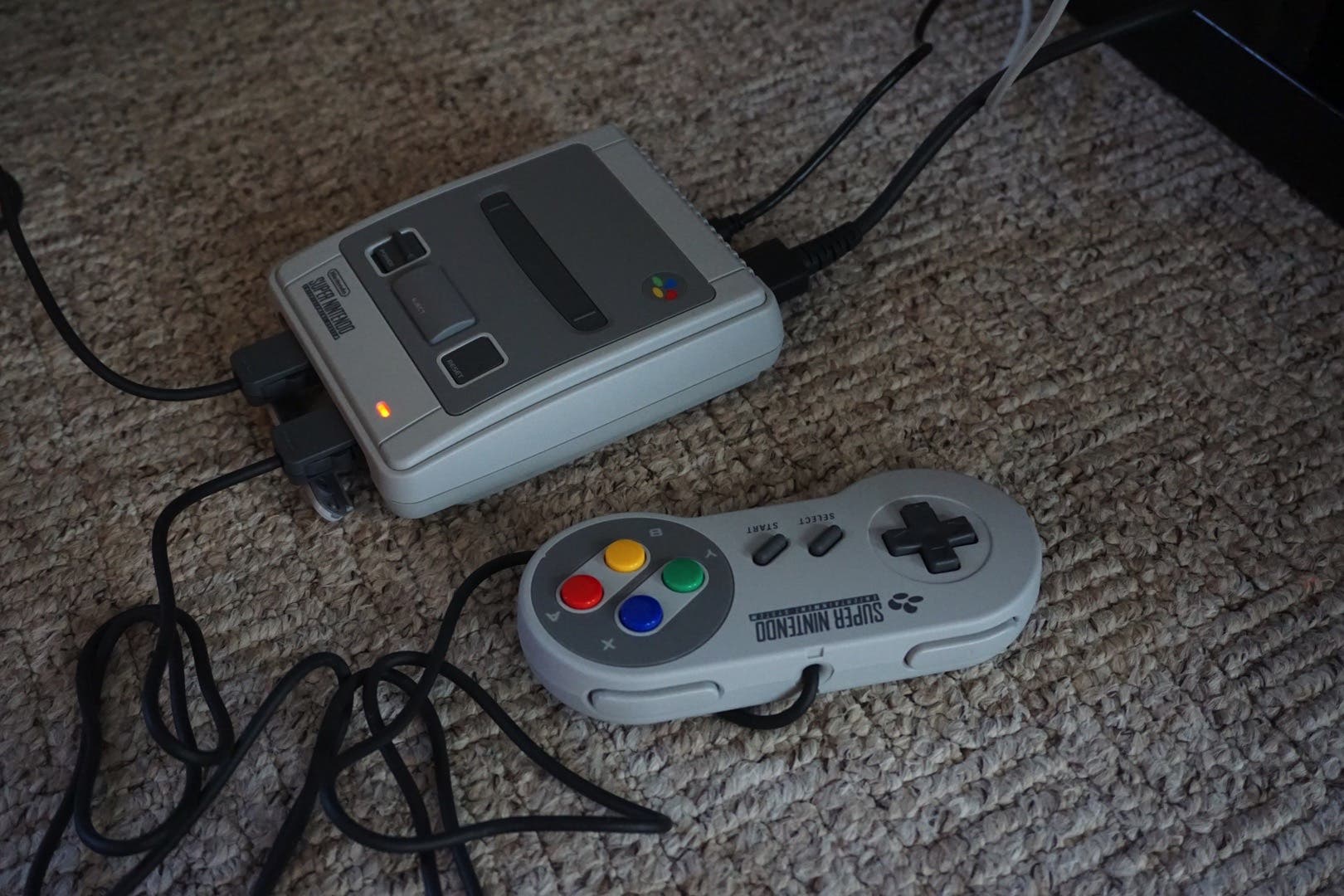 After a few moments the system boots up and you’ll get to choose what language you want to see the system in. This is a one-time deal and each time you boot up from then you’ll go right into the main menu.

From the main menu, you have access to 21 top games from the 16bit era including Star Fox 2 which was never actually released! Top Tip: You can’t actually play Star Fox 2 until you have unlocked it. This is simple and requires you to complete the first level of Star Fox.

As for gaming? Well, it’s just as good as I remember it was the first time around. 16bit Nintendo games not only look and sound way better than the 8bit games on the NES, but they stand up to the test of time better too and are much more playable.

My top game picks on the SNES Classic Mini so far are;

But, those are just the standout games, all the games on the SNES Classic Mini are amazingly good fun and all of them are emulated perfectly. Nintendo has been wise enough not to fiddle with the games or enhance them in any way, so they all behave and misbehave as they should. 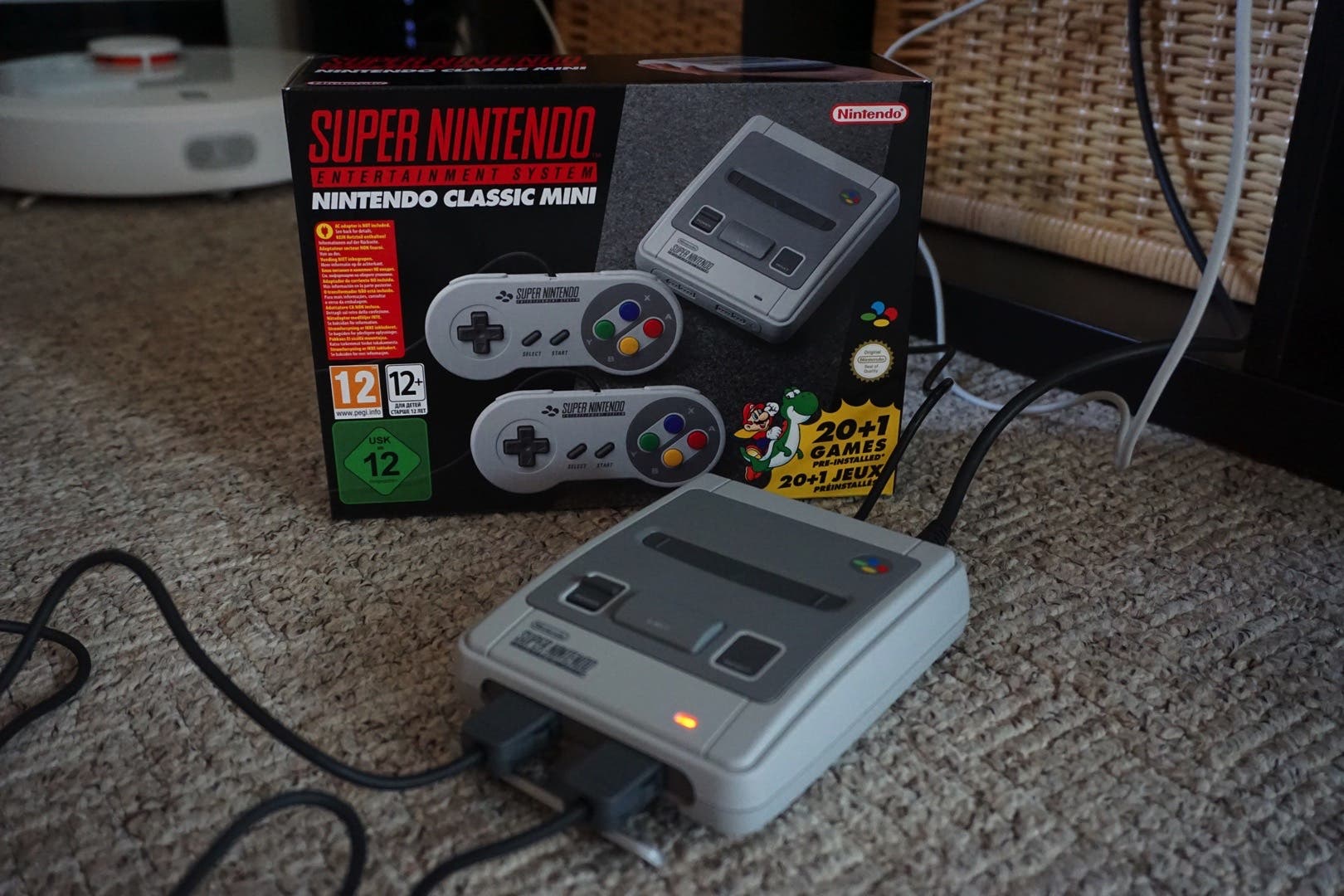 Previous Vkworld set to Launch Three New Handsets in October, one of them is a Flip Phone!