The Huawei Mate 10 must be one of the year’s worst kept secrets, but if you haven’t had enough of seeing the phone ahead of launch check out this comparison image.

The comparison image shows that there are a few similarities between the rear of each phone, in fact, the differences here look to be purely cosmetic and the actual layout of the Mate 10 Pro is very similar to the Mate 9.

Both phones receive dual rear Leica branded cameras but while the Mate 9’s cameras are surrounded by a ‘pill’ shape the Mate 10’s are left in the open they also appear to be set flush with the back of the device too.

To the left of the dual cameras both phone have a dual LED flash but the spacing appears to differ. Both phones also show a fingerprint scanner below the cameras, centrally located on the alloy back of the phone.

If we look at the images in even more detail though we can also uncover another clue about the phone. 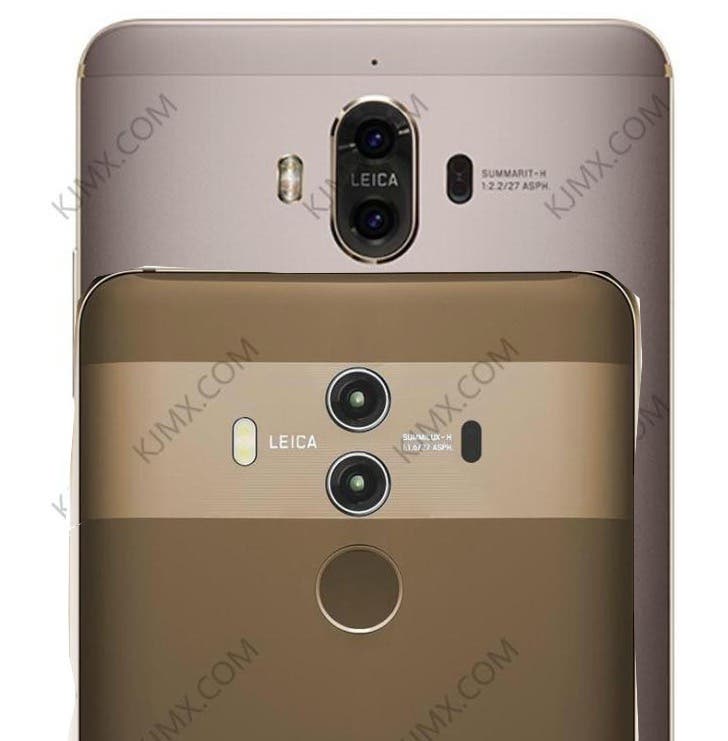 Overlaying the Huawei Mate 10 image over the Mate 9 shows that the newer phone is narrower than it’s predecessor. This would fit the rumors that Huawei may have gone for a modern bezelless design for the Mate 10, ala the iPhone X, Xiaomi Mi Mix and others, and would allow the phone to have a similar screen size to the older phone but with a smaller body.

Various sources have claimed that the Huawei Mate 10 will launch with a 5.99 IPS, FHD display and that the phone will run on Huawei’s own Kirin 970 chipset. This being a flagship phone we’re expecting to see flagship levels of memory in this case RAM options ranting from 4/6/8GB and storage from 64GB – 256GB. 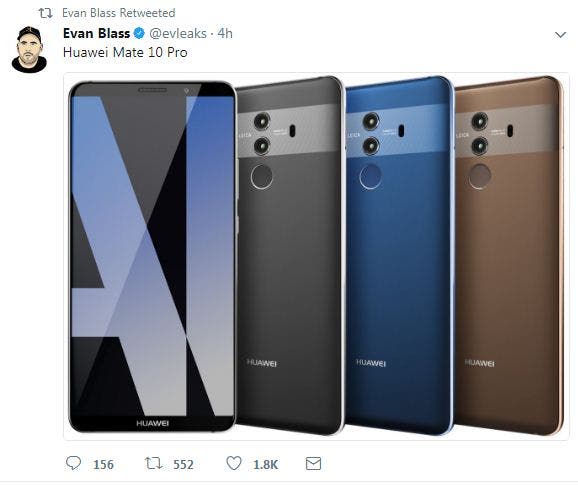 As we can see from the renders the Huawei Mate 10 will have a rear fingerprint scanner and we also know from Huawei’s own mocking of Apple’s Face ID that the Mate 10 won’t have a similar security option.

Leica branded cameras are believed to have F1.6 apertures, which should ensure the phones photo quality and low-light performance.

Other details include IP67 water and dust resistance, a new feature for a Huawei device, a 4000mAh battery with super fast charing, possible 18:9 ration display and Oreo Android 8 based EMUI.

Huawei will launch the Mate 10 in Munich on 16th October.