Well just before you go out and say that this is another 18:9 clone smartphone, wait. Cubot is not one of those companies that brutally copies others, they rarely do it – if never. What they did with this one is to use the well established now 18:9 technology into one budget Android smartphone in order to gain momentum in the low-end market! And they succeeded I guess. The Cubot X18 is one of those good looking phones that really catches one’s eye, but it also costs a mere $119.99 (on average). So what’s not to like? 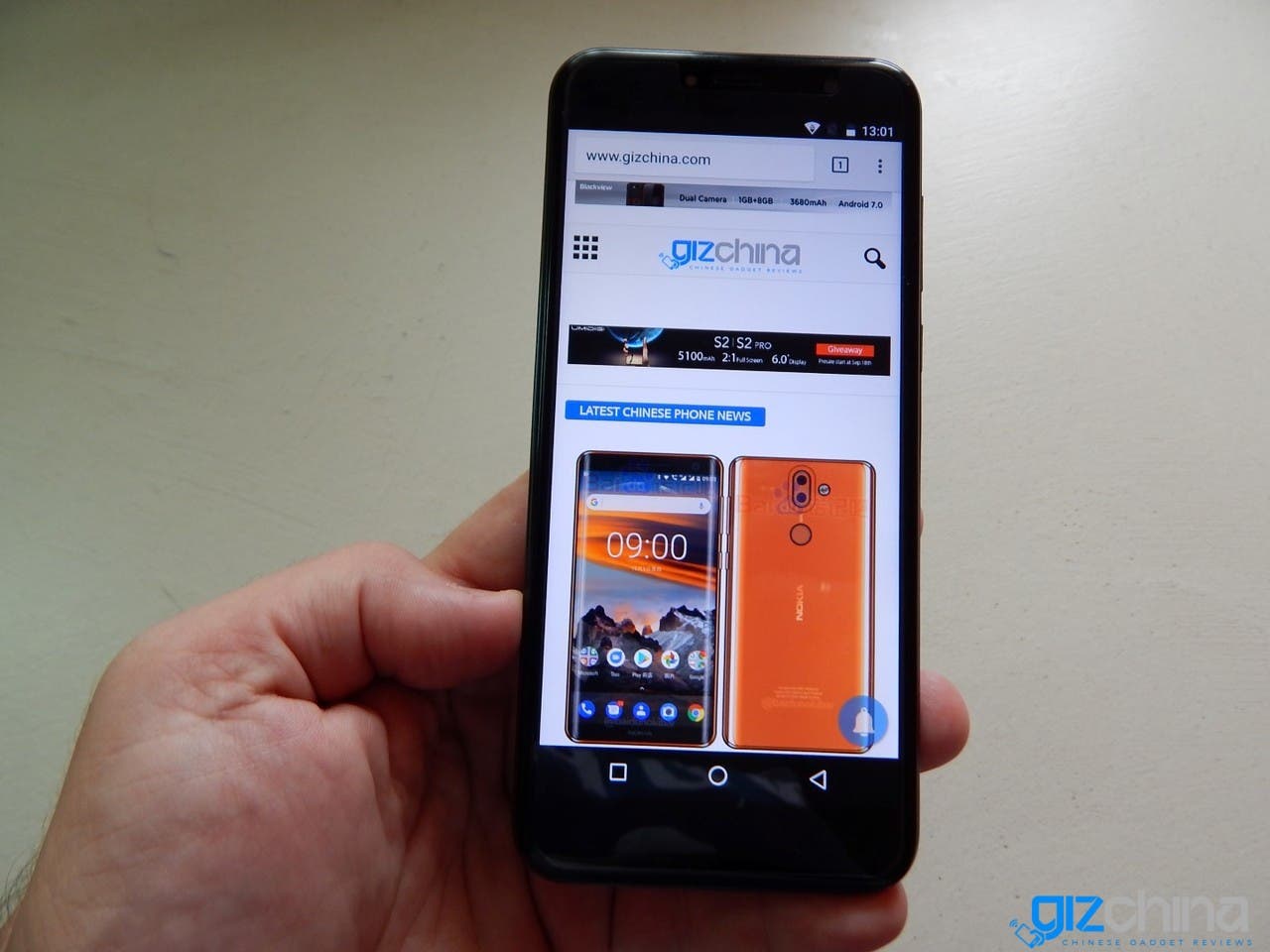 At this point, you all know that this year’s fashion is the non-beveled screens. This trend, inaugurated by the LG G6 and Galaxy S8, has been unequally tracked among smartphone manufacturers. But in China, where this market is clearly booming, they have been delighted by the idea and have thrown themselves into it. Cubot X18 is here, packing a 5.7-inch with 18:9 aspect ratio, offering quite adequate performance, running on Android 7.0 Nougat, along with a mediocre MT6737T chipset, 3GB of RAM and a 13MP camera setup on its back. It’s available at a really affordable price – when compared to its specs- and can easily become one of those models that belong into the competitive market. Let’s take a close look at its features and functions. 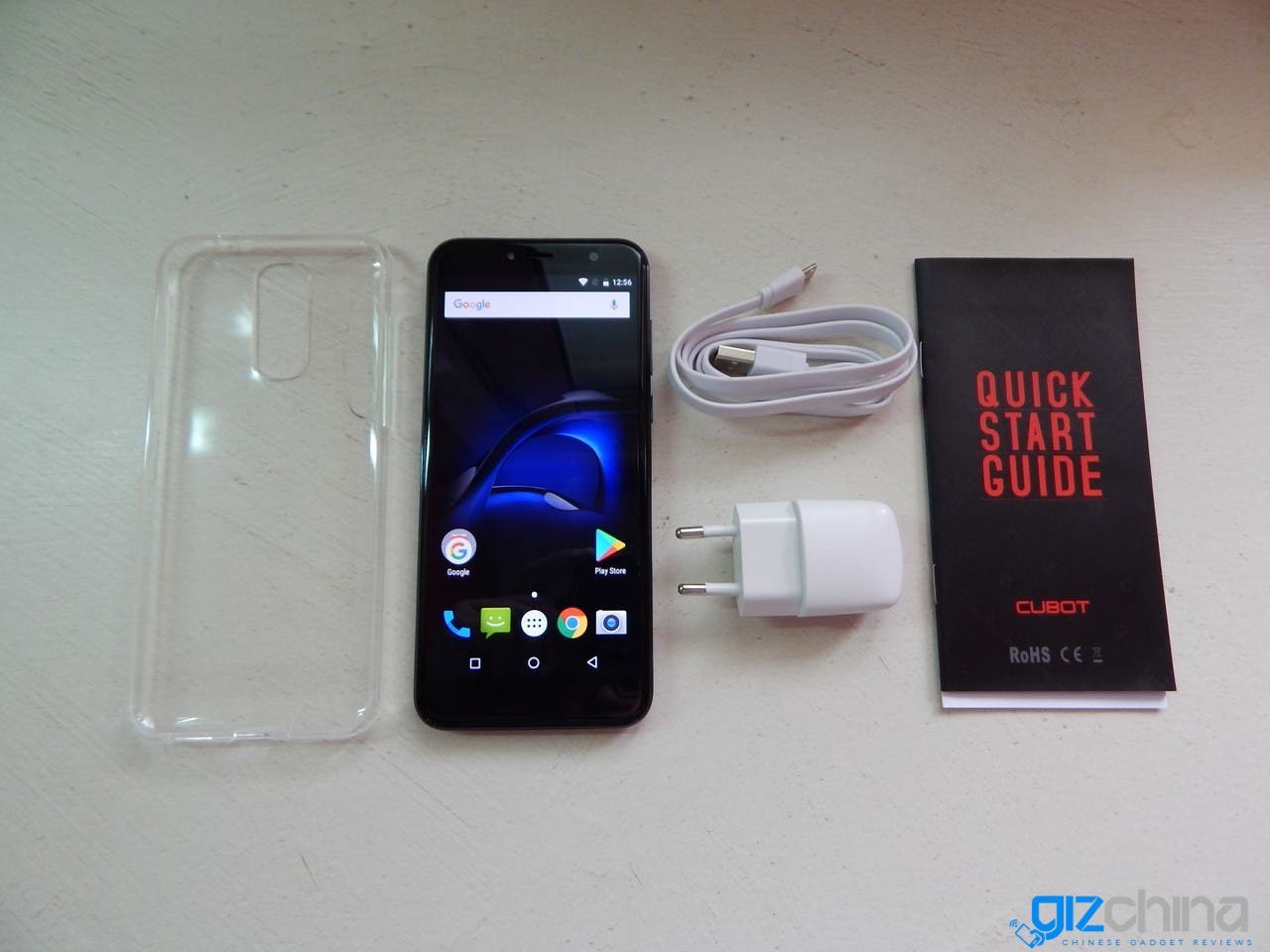 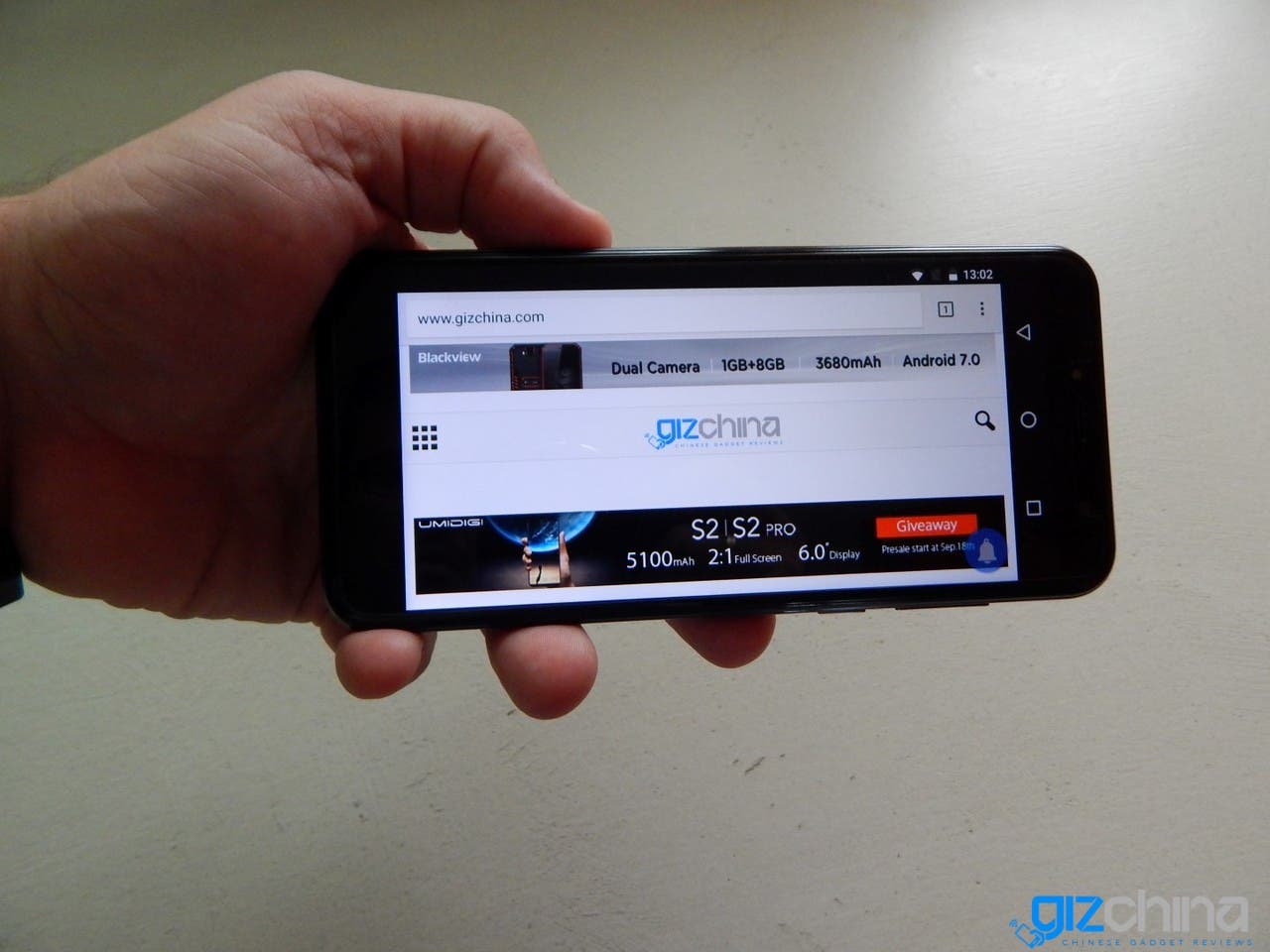 Quite a decent appearance of this budget Android, don’t you say? The phone is available in 2 color variants which are mainly: blue – gold and I got the first one. It surely looks impressive thanks to its glossy design (not its quality build unfortunately, as it’s made out of plastic) but its overall design allows for decent grip and usability. As it happens with most phones with “glossy” back, the device is a pure fingerprint “magnet”, attracting a lot of unnecessary smudges, so you may end up polishing it with… your clothes all day 🙂 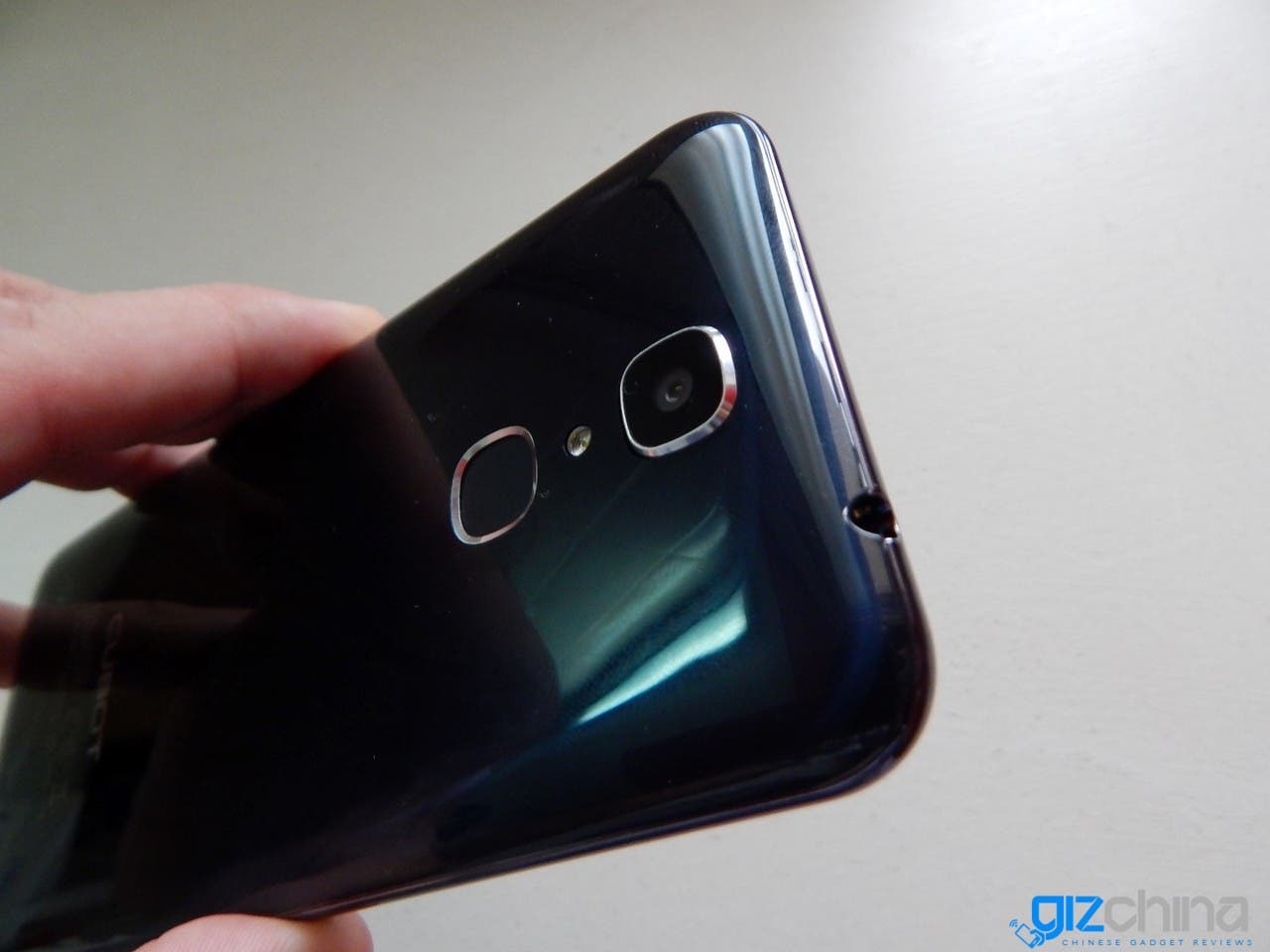 If first impressions matter the most, then the Cubot X18 made quite a good one. The device’s display is very good, with 5.7-inches size but seems smaller even than 5. 2-inch. The main reason for this is the width of the screen that has remained unchanged, and only the length has increased. The advantage is that without sacrificing grip handling experience, the display area is now bigger, fitting for one hand operation. 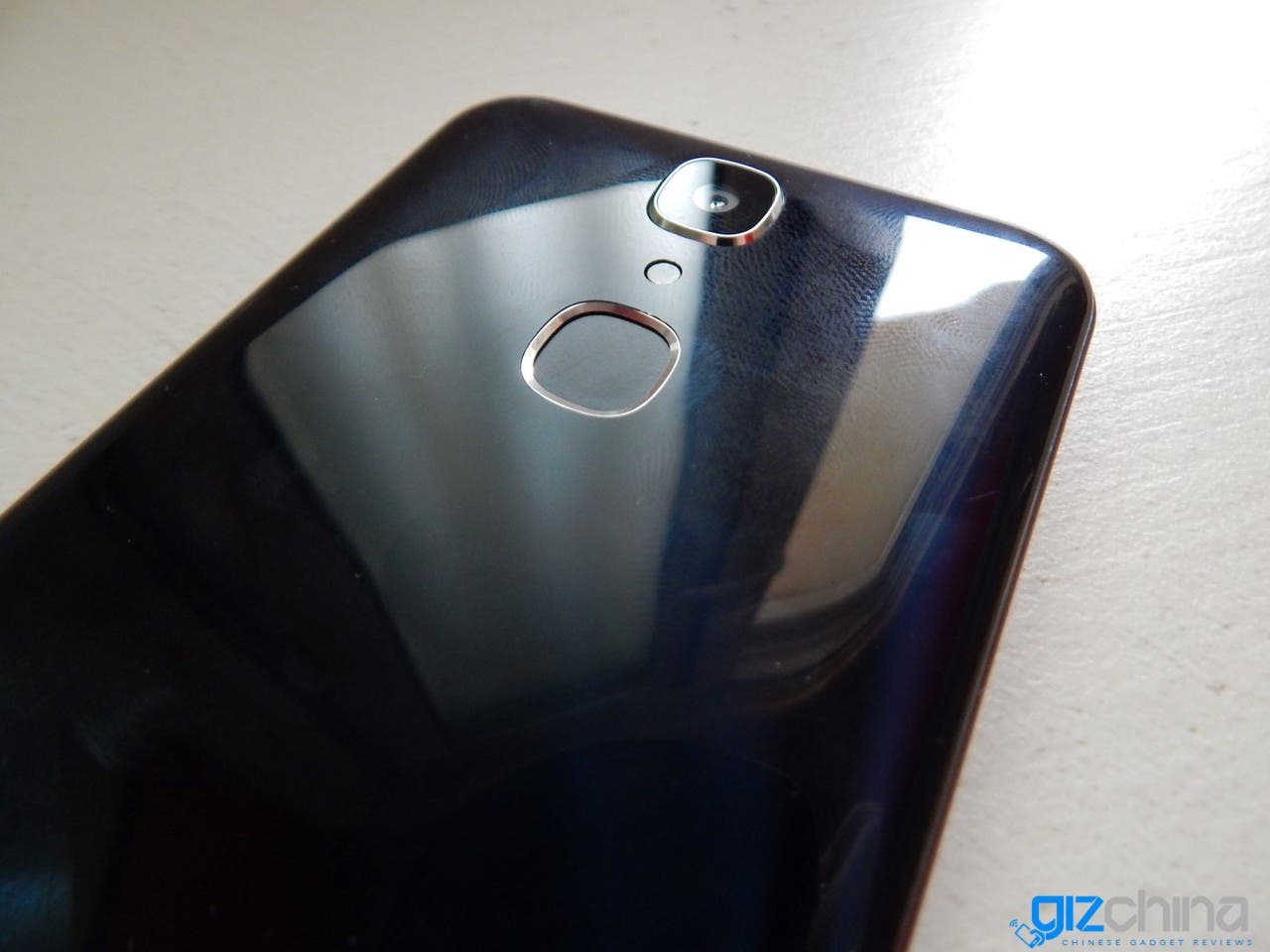 Cubot aims at the low end segment of the market with this phone, but they still provided it with 8.5mm of thickness, 15.90 x 7.40 x 0.85 cm dimensions and 170 gr. weight. On the front there’s a selfie camera and 3 soft keys (no home button), on the back side, it has one main camera, LED flash light and a quite snappy fingerprint sensor. It can unlock the phone in less than 0.1 second with almost 97% success rate. It can basically store up to 5 different fingerprints and can recognize them all from 360 degrees, something that’s a standard nowadays. 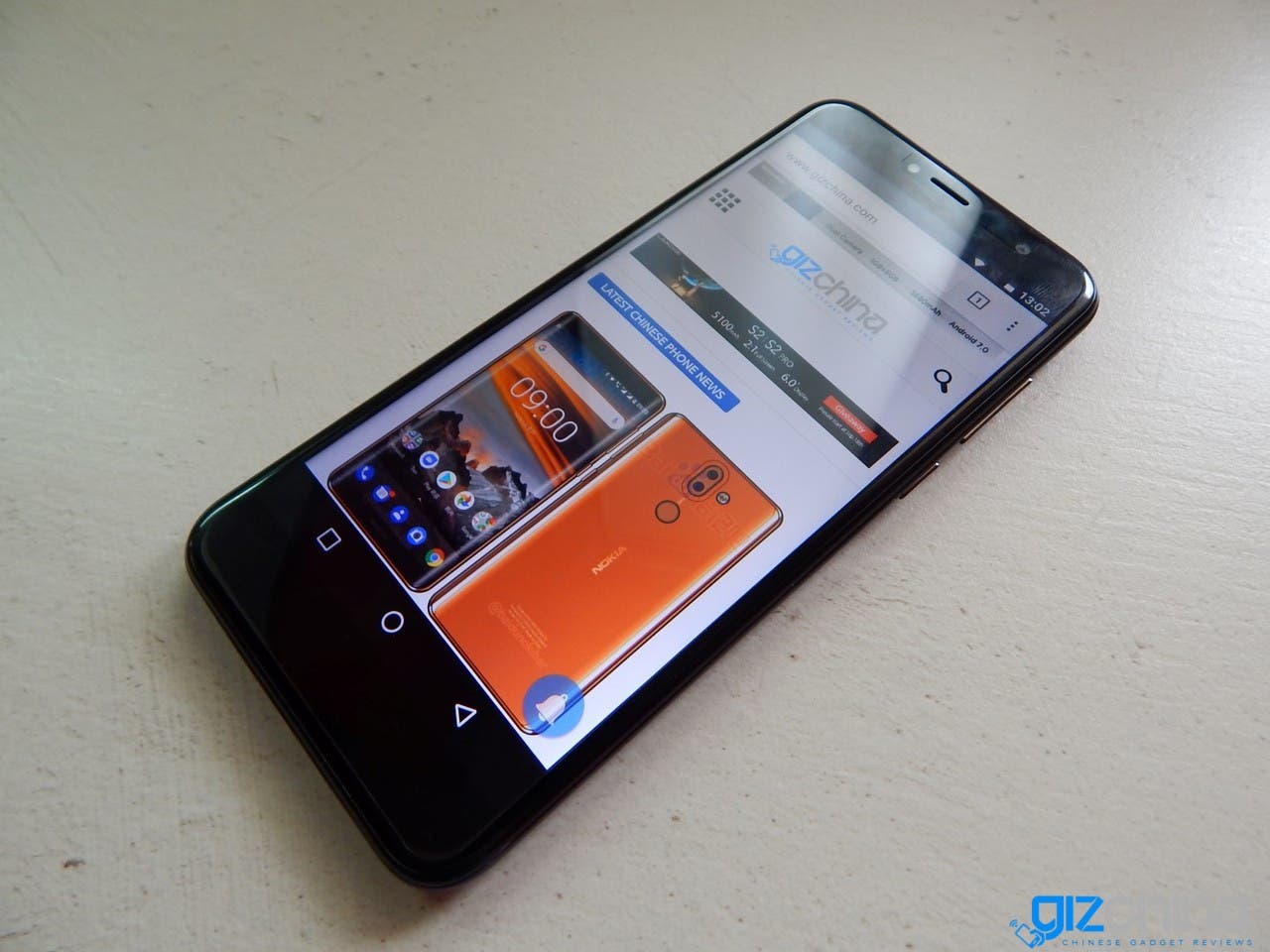 The 5,7 inch 18:9 display comes with 2.5D glass and HD+ resolution (1440 x 720p) with decent luminosity during sunny days, along with 178 degrees of viewing angle. It has a multi touch capacitive ability, however, it comes equipped with a scratch –resistant screen and not a Gorilla Glass cover, so be careful – it’s not as durable as one would expect. 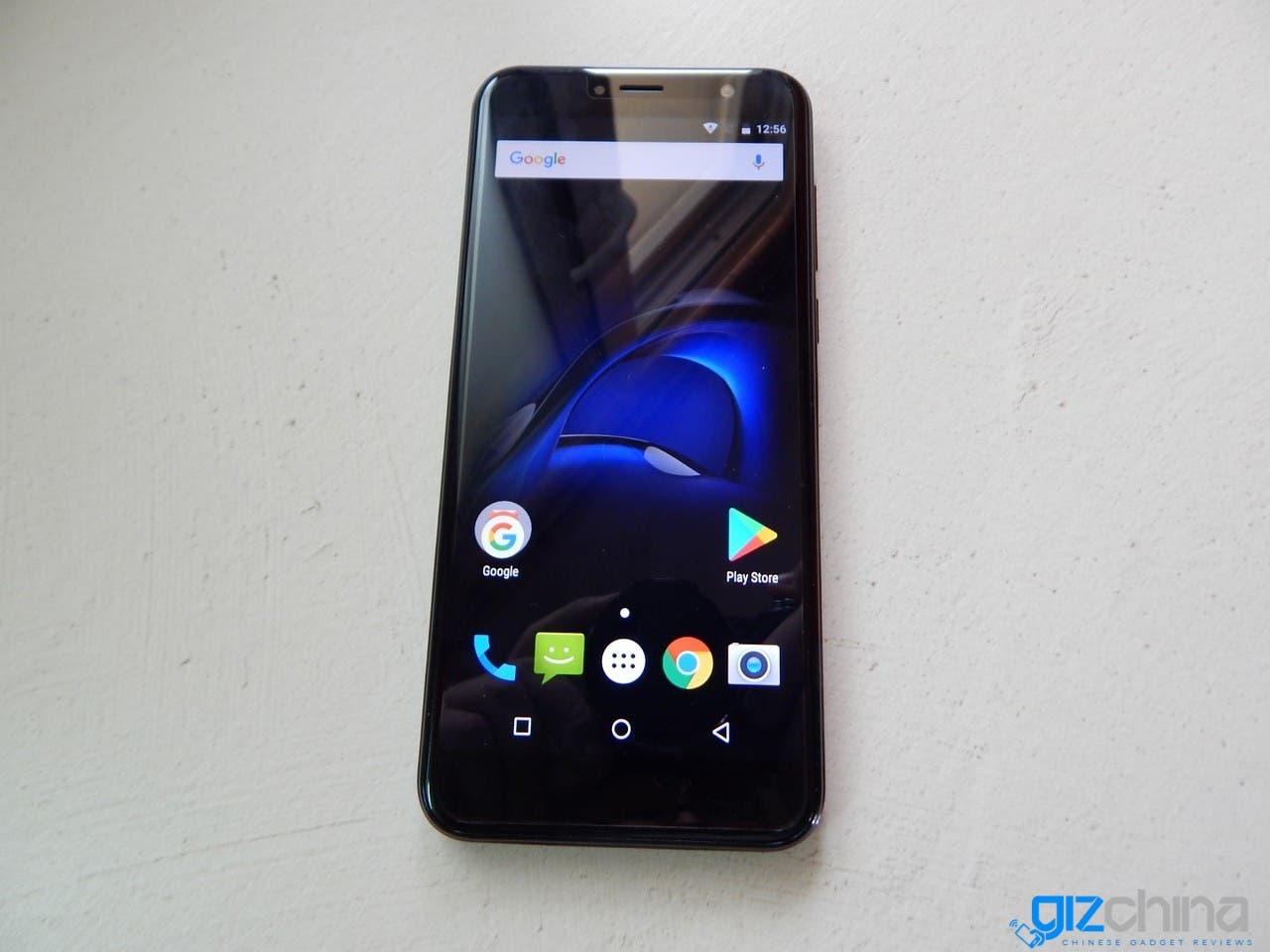 The colors of the display may seem rather washed, but the images are decent (given its low resolution for such a display size), with good viewing angles and a fully responsive panel if I may add. All in all a decent display – especially for a smartphone on this price range. 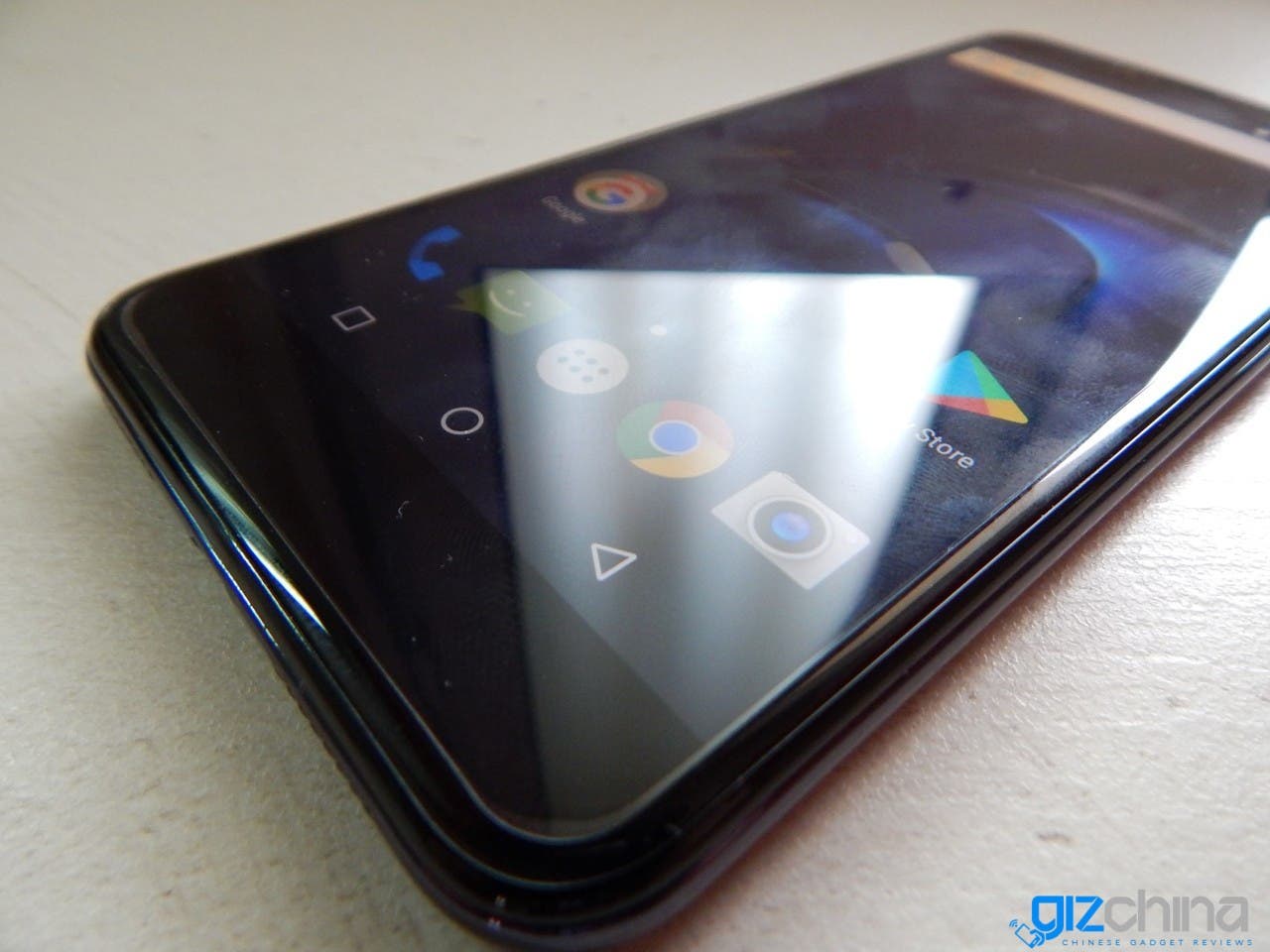 When it comes to hardware, the device comes equipped with a MediaTek MT6737T SoC, that specifically runs at 1.5 GHz and has 4 ARM Cortex-A53 cores. The integrated graphics card (Mali-T720 MP2) runs at 600MHz, but the total 3GB of RAM (32bit single-channel 733 MHz LPDDR3) and the 32GB storage capacity combine to offer a decent performance for a phone that costs just 119$. Oh, you’ll be happy to know that the phone’s storage memory can be expanded by an additional TF memory card to a further 128GB.

According to my tests, the available RAM is plenty enough for you to run all your day to day apps smoothly, and the gaming performance is decent if you play games like Asphalt 8 on medium graphics. Still, you should expect some skipped frames but no significant lag. (it’s not a flagship guys, behave).

Cubot has made a wise choice and left the device’s software intact. So inside you will find pure Android 7.0 Nougat, with no skin, icon themes, or other widgets that could inhibit the device’s performance. This will allow average/amateur users to keep several applications open in the background with no significant impact on its everyday performance. To confirm our deductions, do have a look at the benchmark results of the device as they appear above, showing the Cubot X18 scoring 37871 points in AnTuTu.

The Cubot X18 is a 4G / VoLTE compatible dual-sim smartphone and features: 802.11 b / g / n WiFi, Bluetooth 4.0 and GPS with A-GPS, and this is where the device really shines: when it comes to its GPS receiver! It can connect to more than 13-14 of the available satellites every time, offering impressive geo-location performance, while navigating with Google Maps, or checking in using Facebook and other apps. 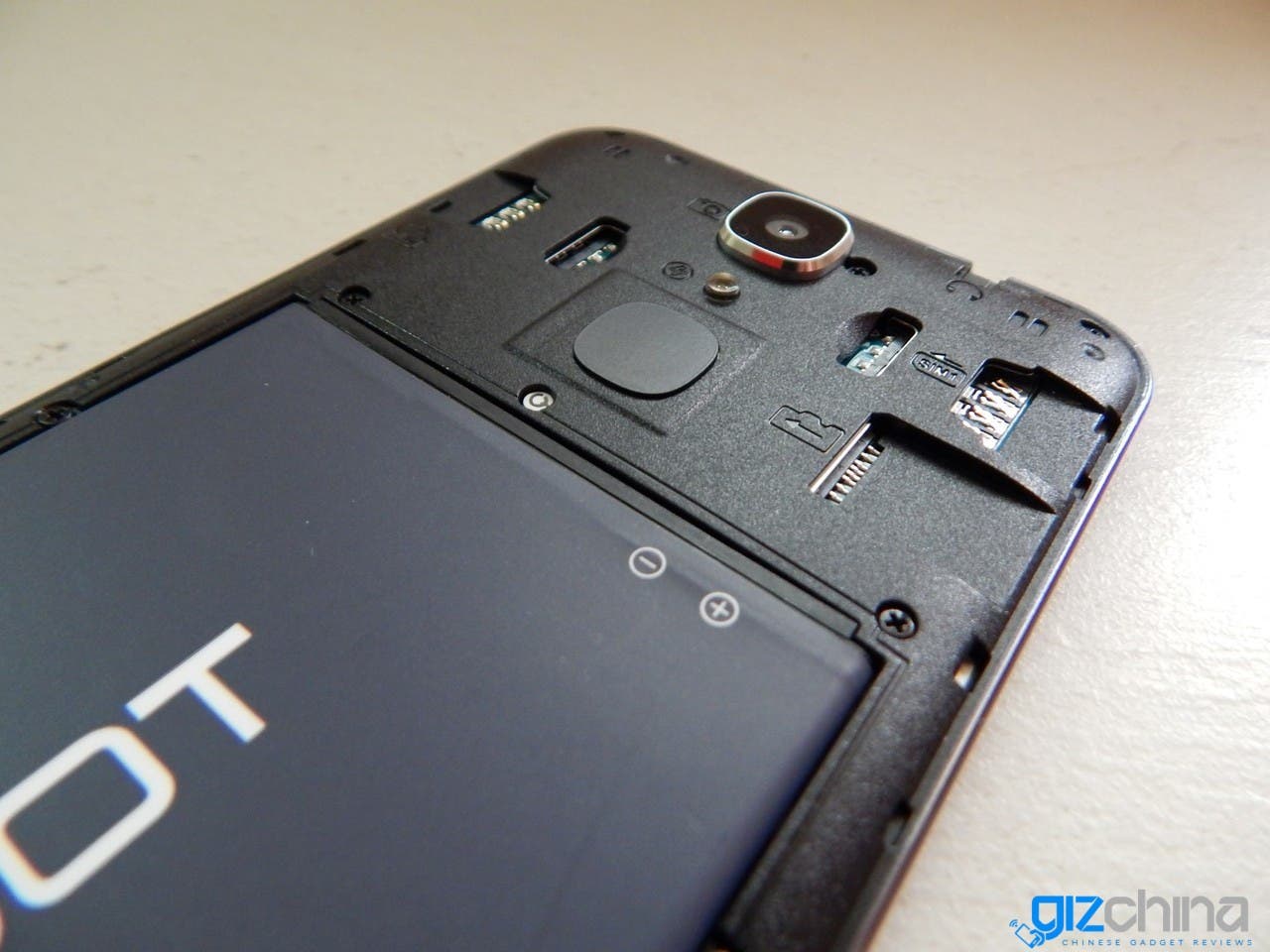 Cubot’s X18 is a 4G/LTE smartphone with acceptable performance when it comes to LTE networks, achieving average data speeds of 45-55Mbps that surely offer a decent feeling when you use it, along with great performance in everyday use. It has good GSM/WCDMA/LTE signal reception with flawless handovers and no dropped calls – during my tests that is. It has dual SIM support with dual standby – you can use 2 x micro SIM cards and add a microSD card (on a third separate slot) if you want to expand your available storage. 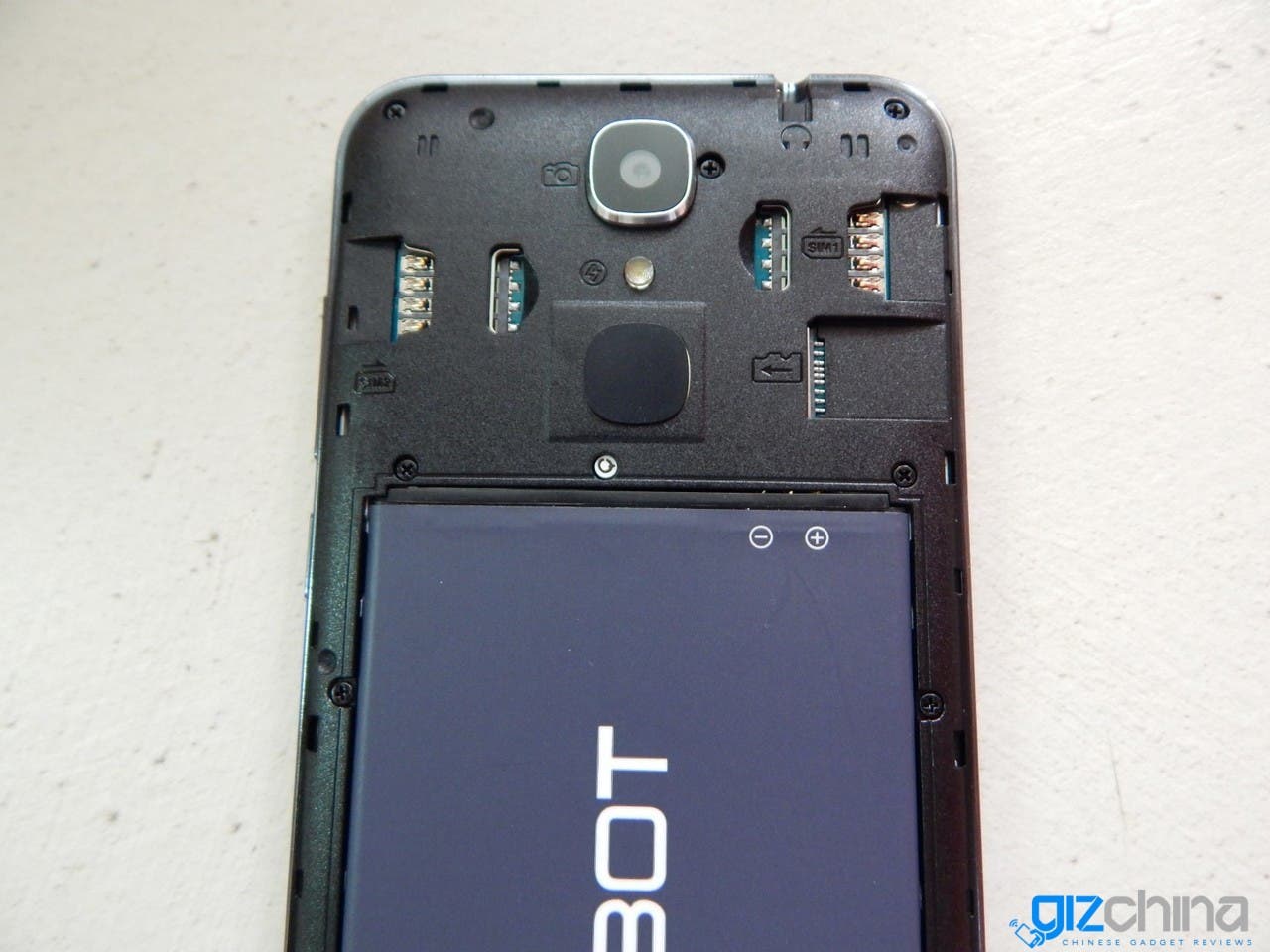 It’s 3200mAh battery IS removable (I guess this is good for most), so you can see on its inside in the photos above/below. 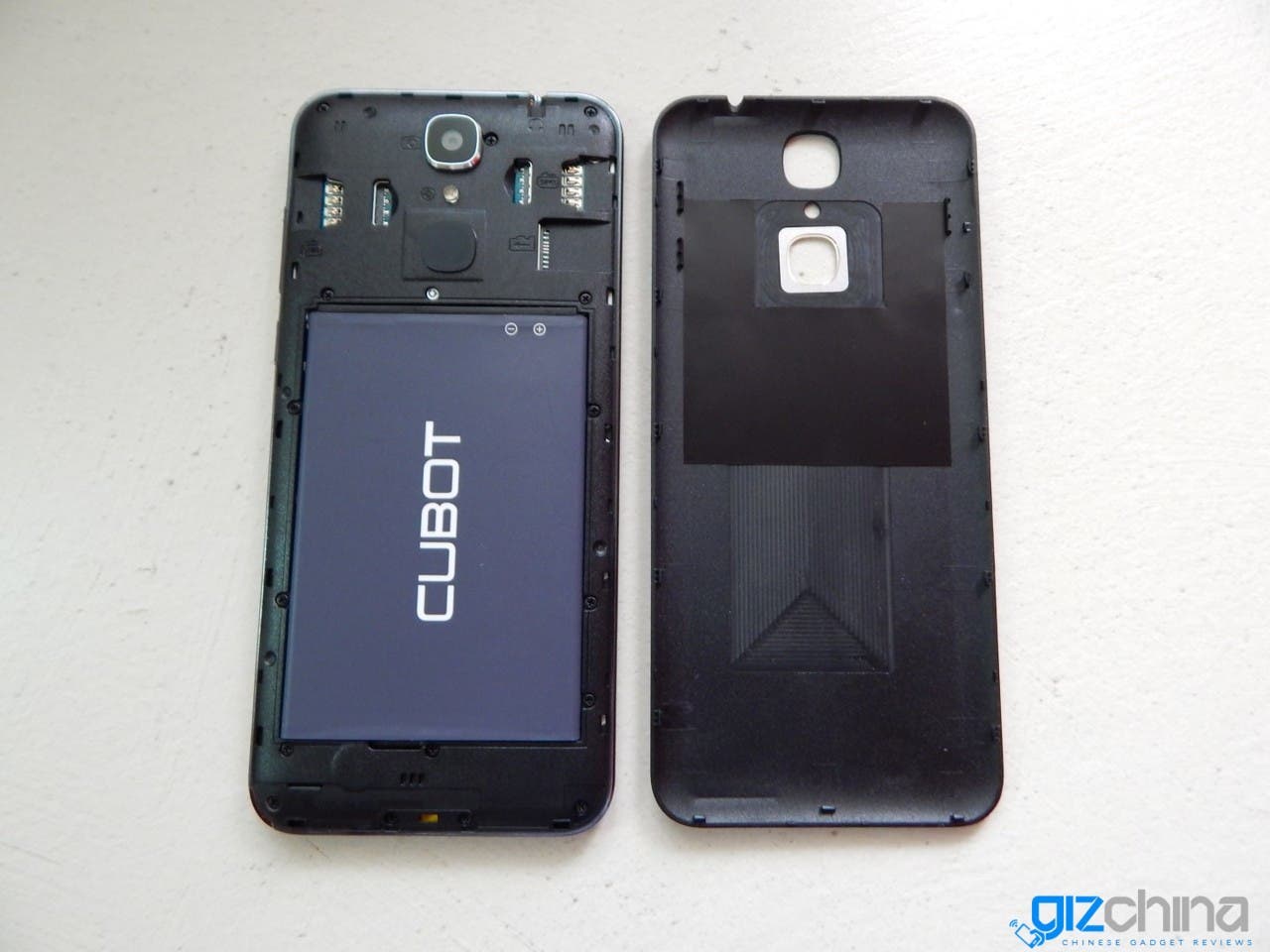 No, nothing to see here guys. Just a simple camera phone, with a main 13MP sensor from Sony placed on its back along with a LED flash.

not its best feature but it will do the job

The Sony 13MP sensor technology (5-lens, f/2.2) can shoot images up to 16MP (with interpolation), and full HD videos at slow frame rate (23/24fps). A LED flash is provided helping to achieve a brighter picture with a more defined look. You can shoot photos at quite wide angles, and the 1.12um pixel size of the main sensor can result in good photos given its price tag. There is an extra instant beauty mode that would remove away all possible glitches from your selfies and turn them into highly beautiful ones – but no bokeh effects guys, sorry. 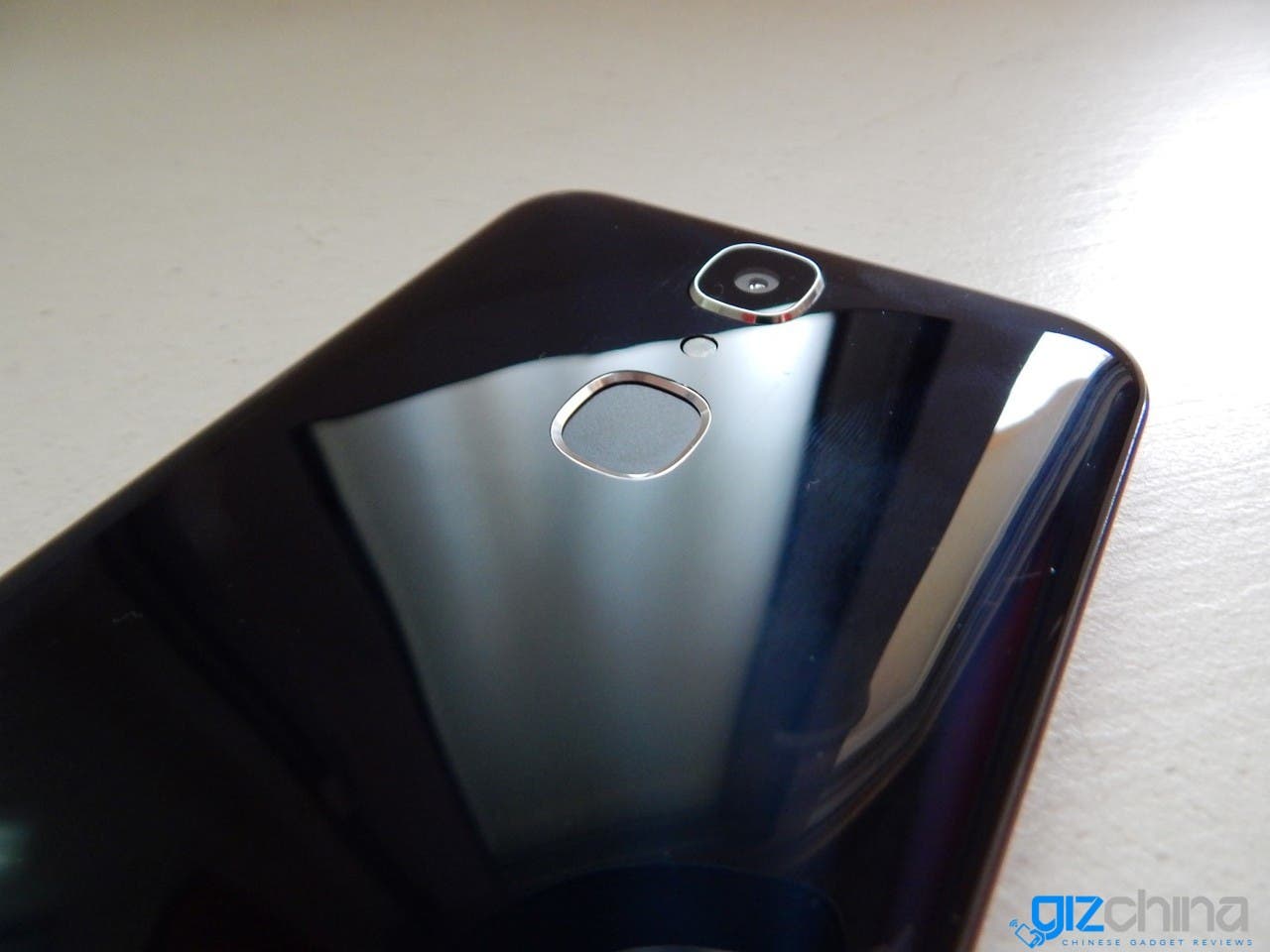 It’s relatively easy to capture decent photos in daylight conditions, panoramic images with a helpful assistant that shows the way to do it correctly and the same goes for video capture. However when the sun goes down problems appear, such as VERY low ISO, increased digital noise in photos and reduced framerate in videos.

The autofocus feature works OK, it’s fast and can take a shot in just 0.1 seconds. The front camera is based on an 8MP (interpolated to 13MP) Samsung module, with 5-lens and its own soft-flash that can be useful in low-light conditions.

All of the above however are typical for this type of phones, and the final verdict is that using the Cubot X18 you will be able to capture decent photos in daylight conditions but not that impressive photos during low light conditions.

The LED flash works OK in close ups or distances up to 70-80cm but it won’t do you any good if your subject is a bit further. Have a look at our photo samples by clicking on the image below: 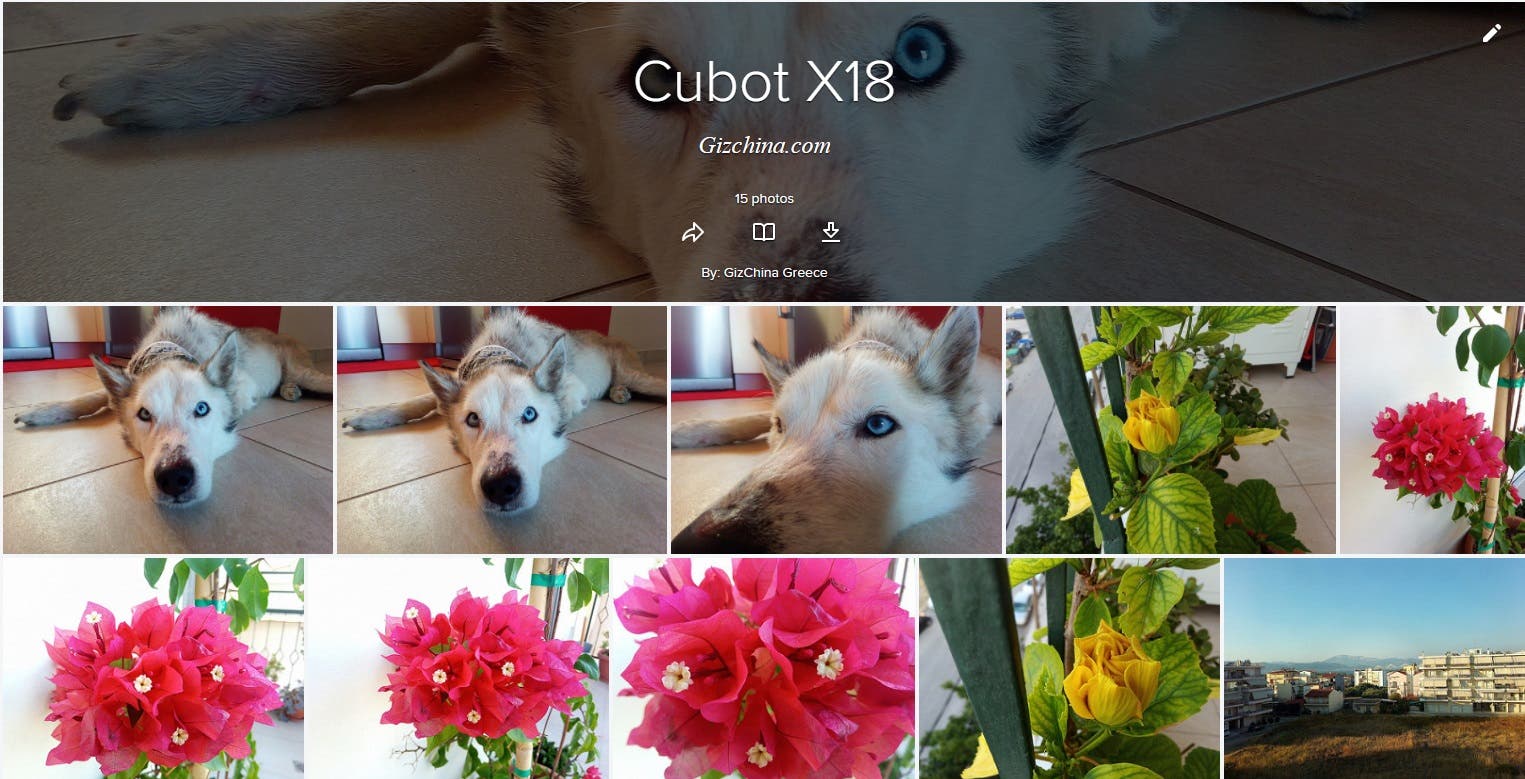 The Cubot X18 is equipped with a relatively average 3200mAh battery that can really pull through and do what an amateur Android user will expect from it. The device comes with an energy efficient processor and -in general- it performs well providing a full day’s usage with no problems and perhaps a bit more if you are able to be gentle with it. 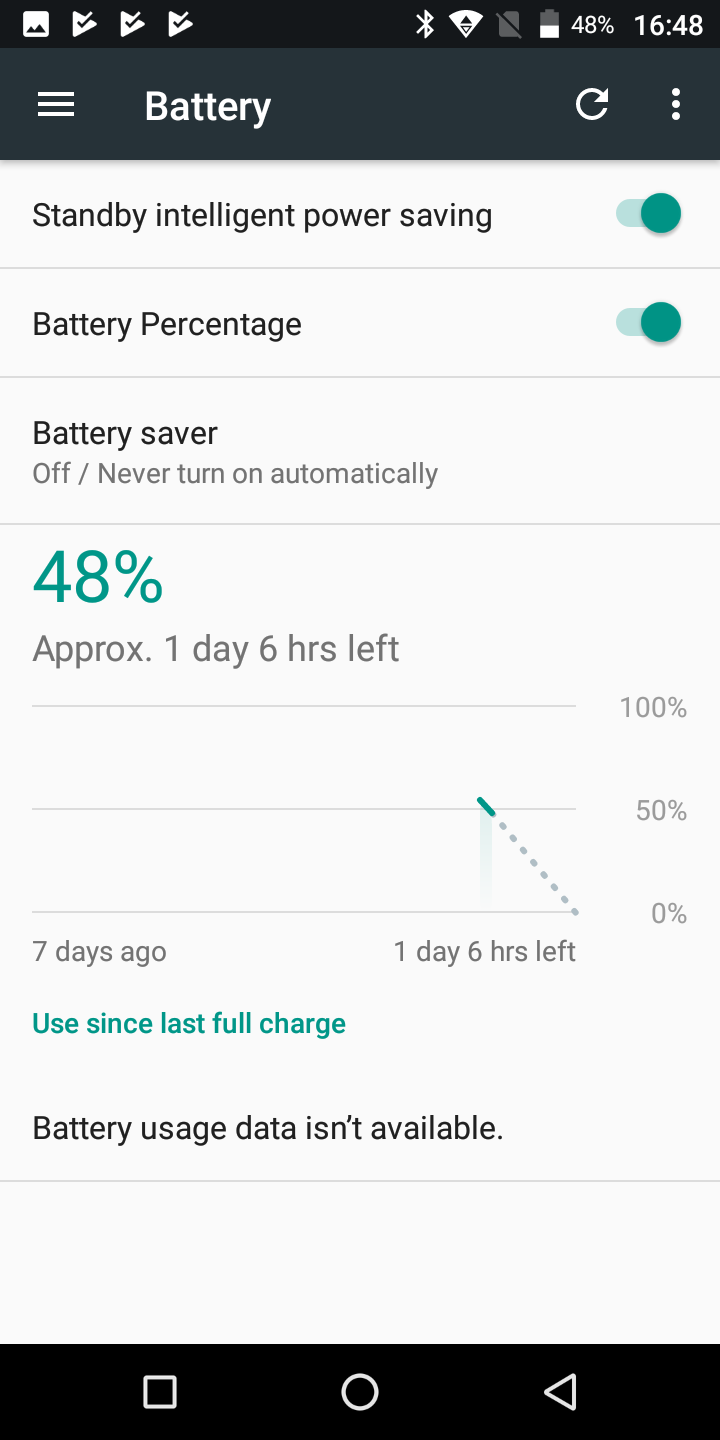 All in all we have a mid-range smartphone with decent standby times if you’re an average user (5 hours of active screen) but the fact that it doesn’t support some type of quick charging is a bit disappointing. On the other hand it costs just 119,99$ so I guess it’s something we can live without ? 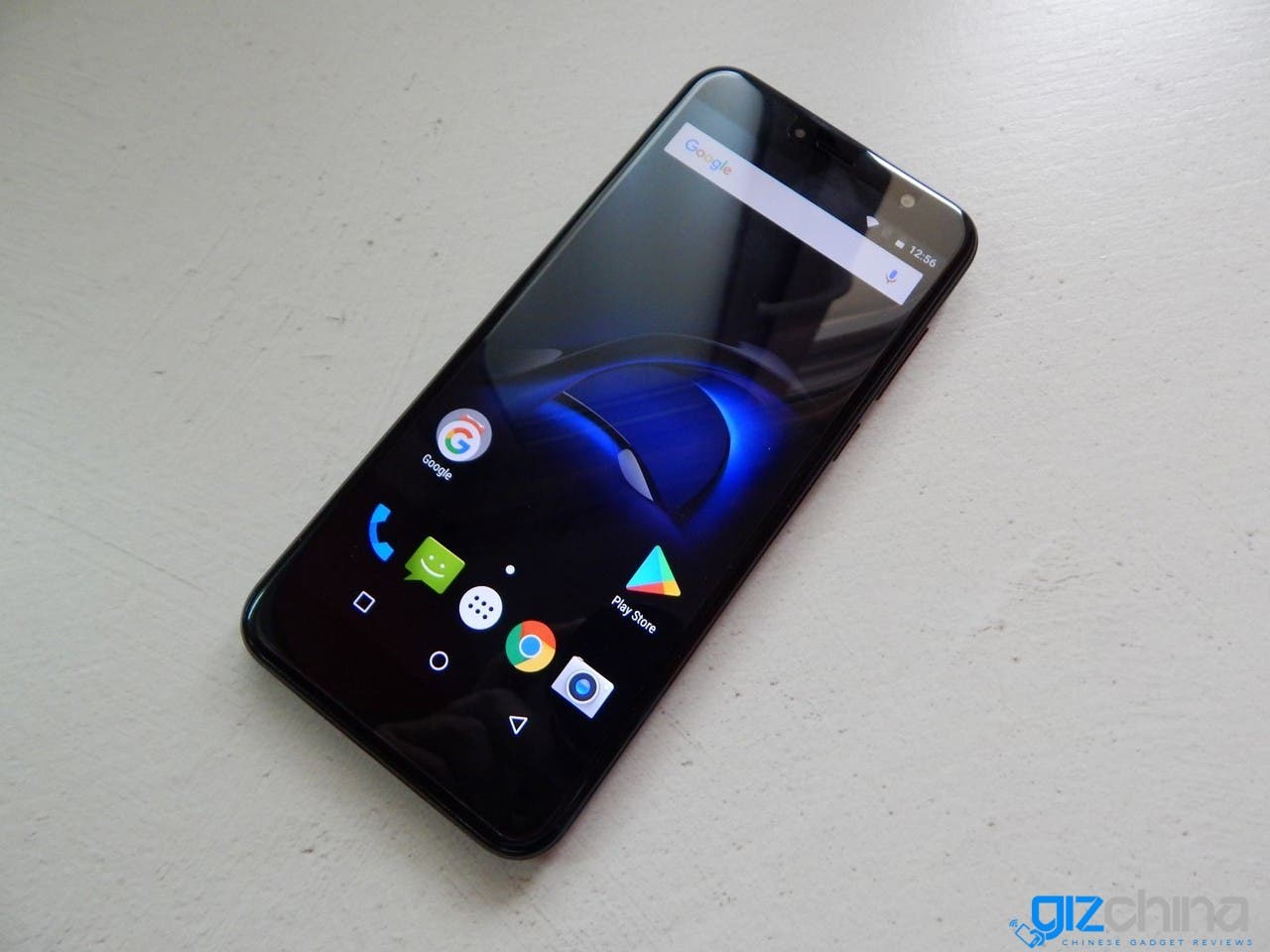 good 18:9 display alternative, combined with a budget price and a nice design

Yeah, I like it. With just 119$ (and less as time passes by), you get a good looking phone with 18:9 display, a modern design that resembles the one some of the most expensive flagships have, at the fifth (1/5) of their price!  It’s not featured as the camera phone that everyone should buy, no – don’t do it! It’s an average camera phone, with adequate photos in daylight conditions, “mehh” photos in low light conditions and… below average videos. It offers however excellent battery consumption, good performance for the average Android user and quite impressive value for its money.

Equipped with 3GB RAM, 32GB of storage, Android Nougat, and a decent chipset from Mediatek (MTK6737T), Cubot’s X18 can be exactly what every average/amateur user is looking for. No need to spend a small salary to buy an expensive flagship if you’re into a typical everyday use. This could be a good alternative if you ask me.

Next AllCall W1 Smartwatch with Samsung AMOLED display selling at $89.99