Razer Inc.- the famous gaming laptop and peripheral firm that recently acquired smartphone-maker Nextbit was earlier rumored to be working on mobile phones tailored for its consumer base of hardcore gamers. That position was later confirmed in an interview granted CNBC by CEO Min-Lian Tan who expressly confirmed Razer is working on mobile devices set to be unveiled before year end.

Now it appears the firm is at the final stage of development, as CEO Min-Liang Tan has been spotted in a photo with what looks like a finished Razer branded mobile phone in his pocket.

The photo was posted via a tweet earlier in the week by Razer SVP and GM in charge of Mobile TOM MOSS who was seen standing with CEO Lian with the message got to spend quality time with the second best gamer at our company @minliangtan today. Exciting times ahead! Though quite a vague tweet, the image is quite revealing to the discerning eyes. 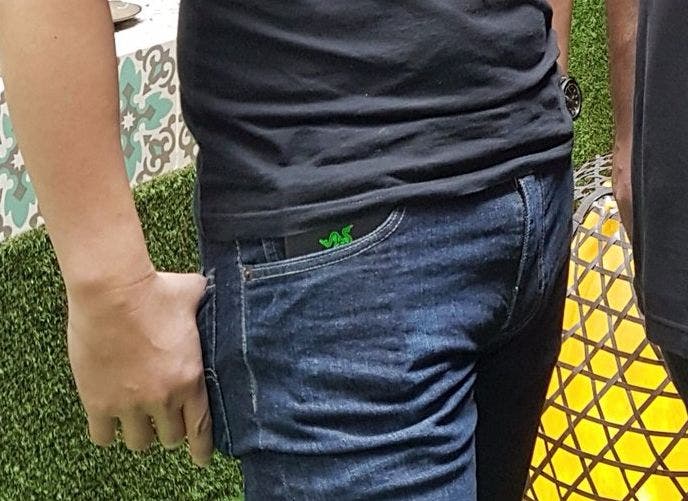 Whether this is a mere coincidence or a deliberate hint at a Razer-branded smartphone remains unknown. If the latter is the case, then we should expect to see more of leaks and teasers in the days leading to the final launch of whatever the firm has to offer. As of now, we are not certain what the upcoming Razer phone will offer in terms of specs & designs, but there are speculations the Company may adopt the Full view display.

We expect to see more details later, but while we wait we would like to know your position on a Razer gamming phone.

Next Deals: Get the Elephone P8 and P8 mini with some hefty discounts!