A brand new Meizu device recently popped up on Geekbench with mid-range specs all around. The device is listed as the Meizu M5X, which some of you may remember as the Meizu device that got benchmarked back in August.

In its listing the device supposedly comes with a Snapdragon 617 chipset, though the listing seems pretty iffy and inconsistent. For starters, the Snapdragon 617 is an old chipset, having been launched in 2015. 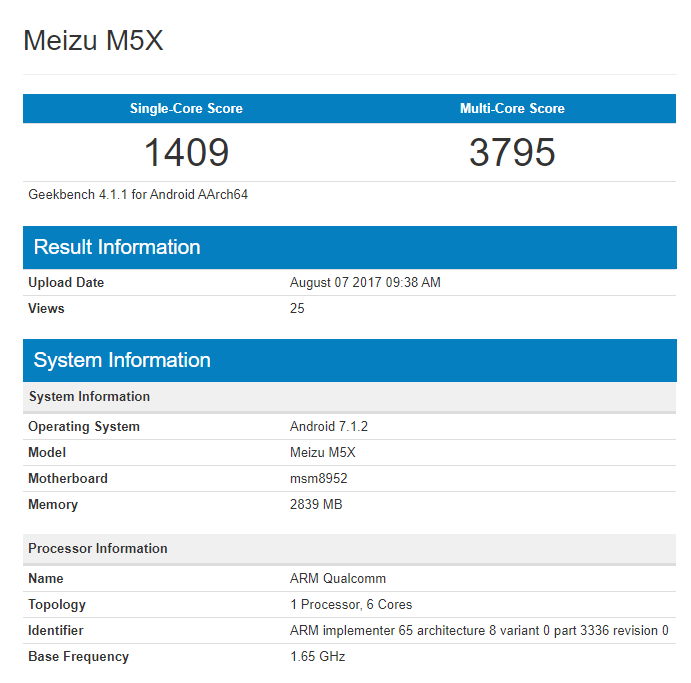 On top of that, the listing says it’s a six core processor running at 1.65GHz instead of the octa core processor the Snapdragon 617 is that caps out at 1.5GHz. It makes absolutely no sense for Meizu to put an old chipset in a new device, and it’s even weirder when looking at the inconsistencies.

Moving on, the M5S will have 3GB of RAM to help it out, though what’s also astonishing is how well the M5S is running. The device manages single-core Geekbench score of 1409, which puts it above newer devices running Snapdragon  625 chipsets.

While the details remain iffy and odd, the M5X is looking like a solid mid-range device from Meizu. We look forward to seeing the device launch and finally get a clear idea of what the specs are to clear up this confusing mess.

Next Microsoft Edge make its way into Play Store