I know that most of you Xiaomi fans out there are eagerly waiting info and scoops about the upcoming Redmi Note 5 model, so we’re here to… confuse you a bit (I guess). 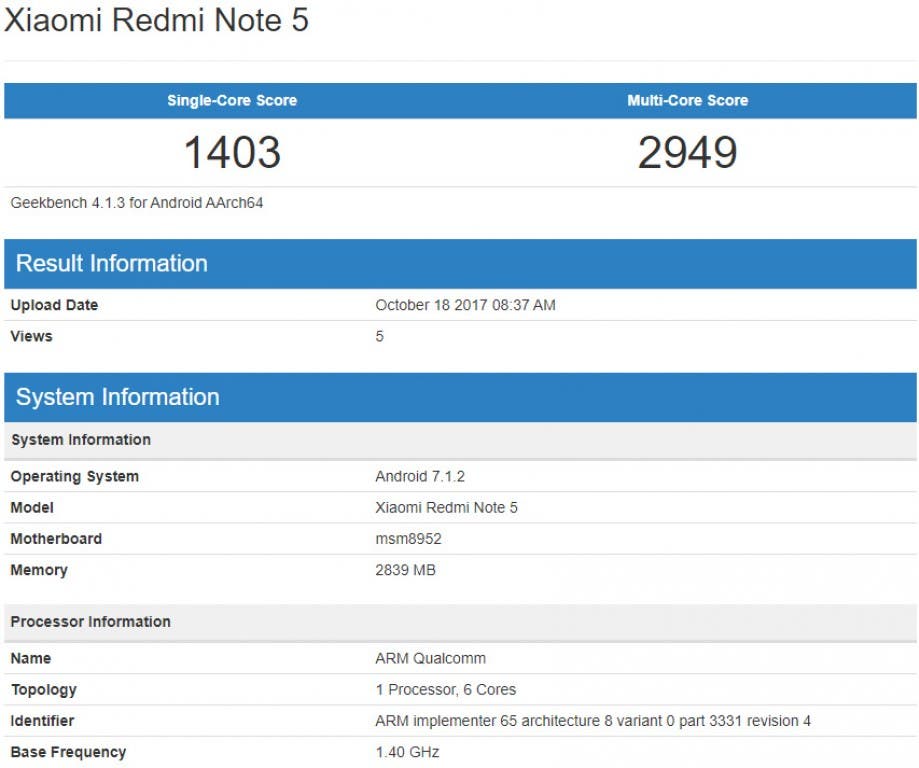 The most awaited Xiaomi model appeared recently on the database of Geekbench equipped with a poor, old Snapdragon 617 chipset (MSM8952), 3GB RAM and a really aging GPU that resulted in these mediocre results you see above. Don’t get me wrong, the SD617 packs eight Cortex-A53 cores at a decent clock speed, but they’re no match for the eight Kryo cores the Snapdragon 660 chipset the device was rumored to be equipped with.

All of the above suggest however that probably something messed up the benchmark and it wasn’t able to reveal the processor of the device. Or perhaps the Redmi Note 5 was running on an early software that confused Geekbench metrics.

We will know more in the coming days 😉

Previous NES Classic-Esque Gaming Console with 500 Games - Only $19.98 with our Coupon

Next Google Expands Its WiFi Availability In Europe