The full-screen display is a current trend in the smartphone industry and all the major manufacturers such as Samsung, Xiaomi, Apple, Huawei, and others have at least one full-screen device. The smaller manufacturers are determined to follow suit and Hisense just released a wonderful display smartphone, not really a full-screen smartphone but one with thin side bezels. Dubbed Hisense Hali, this is the first device from the manufacturer to sport such a large screen-to-body ratio (78%) display.

Hisense Hali display has curved corners with 2.5D glass design. It sports a 5.99-inch screen with 1440 x 720 pixels resolution. This smartphone is powered by a Qualcomm Snapdragon 430 processor coupled with 4GB of RAM and 32GB of internal storage. 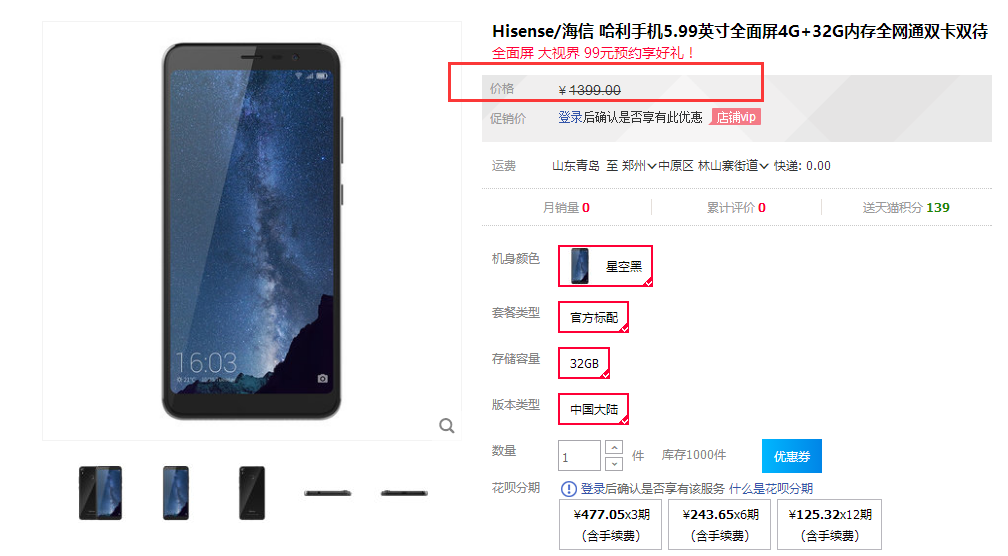 In the camera department, Hisense Hali packs a 12MP 1.25um rear camera with PDAF, colour temperature flash, and 6P lens. While the selfie snapper is a 16MP shooter. Well, this is 2017 and we expect all smartphones to come with a fingerprint sensor irrespective of the manufacturer. This device has a rear-mounted fingerprint scanner and its lights are kept on by a 3400mAh battery. The Hisense Hali comes in exquisite gold, coral blue, and star black colours. It is currently priced at 1399 Yuan ($210).

Next Xiaomi To Open Its Flagship Mi Shop On November 15