I couldn’t find a better way to start this pharagraph than saying: Heads will roll out. If you read the title, you already knows why. In the case you’ve blinding clicking and suddenly appeared here, let me introduce you.

The last weeks have been marked with all the leaks and info regarding HTC’s new handsets, that are to be unveiled in the next Thursday, November 2. Now a hands-on video just appeared out of nowhere, confirming rumored specs and showing up both phones design.

The video was posted by Swiss publication Blick, although we’re not going to embed the video on this post (for obvious reasons), you can check it trough the source link. We’ve already picked some shots taken from the hands-on video, that show both HTC U11 Plus and U11 Life design, just in the case that the video disappear.

The video confirms HTC U11 Plus 6-inch display with 1440×2160 resolution and 18:9 aspect ratio. Although the U11 Plus has thin bezels compared to previous HTC’s handsets, it still can’t compete with the likes of LG V30 and Note 8, that offer a way better screen-to-body ratio.

As previous rumors pointed, the HTC U11 Plus moves the fingerprint sensor to the rear, where we also find a single camera unit. Talking about the rear, the U11 Plus retain the glossy bright back from its minor brother, but there is something new in the U11 Plus. On the video we can clearly see what should be the translucent version of the phone that quite show some part of phone’s internals.

Another confirmation is the presence of EdgeSense, which allows to launch custom actions or apps trough a squeeze in the phone’s border. According to the video this feature has got a whole new set of options in the U11 Plus expanding its capabilities and enhancing user customization. 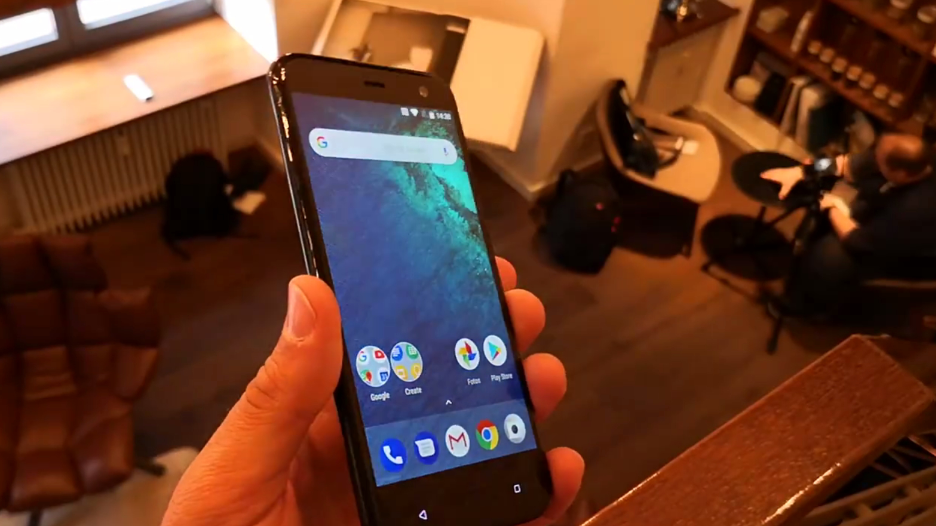 When it comes to the HTC U11 Life, we can clearly see the stock Android running inside, in a very similar form of the Xiaomi’s Mi A1. The U11 Life will be released in the US market at a lower price tag.

The U11 Life comes in a smaller form factor with a 5.2-inch display and 1920×1080 resolution. The bezels are way bigger than the ones found in the HTC U11 Plus, though it can be excusable, since this isn’t a flagship, but a mid-tier device, which aims to offer stock android experience and faster updates for minor price.

Other specs are yet to be confirmed on the HTC’s November 2 Launch day, we still have two days to go, but these videos will definitively break all the hype over the event. Since looking at it we can clearly see what to expect. Based on this, does the HTC U11 Plus or U11 Life meet your expectations, or are disappointing?

Next Huawei Mate 10 Pro arriving in UK on November 17