There has been a lot of speculations with regards to the upcoming Nokia 9 flagship device. Now, an unknown Nokia smartphone with model number TA-1054 just received 3C certification in China. Recall that some months ago, Nokia TA-1041 appeared online and it turned out to be Nokia 7. As of now, there is no Nokia device on the road save Nokia 9 thus it is safe to assume that the TA-1054 is Nokia 9. 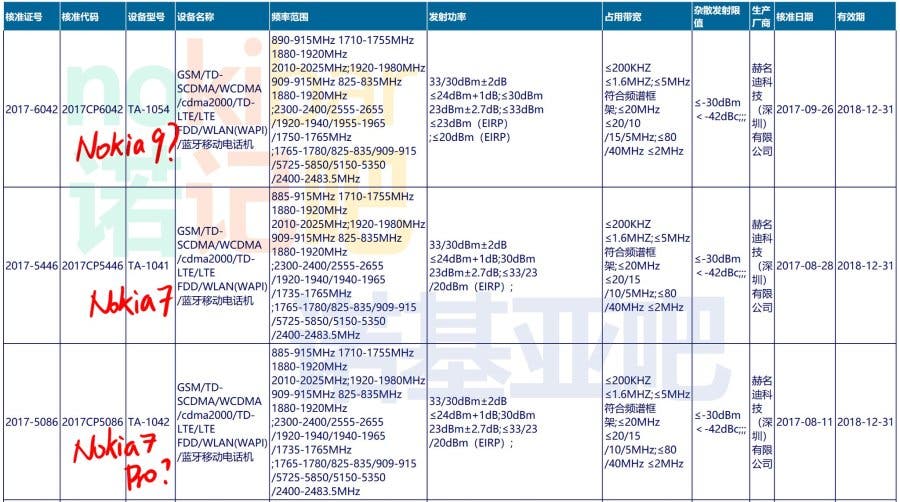 Previous rumors have it that Nokia 9 will be much more appealing than Nokia 8 and from the renders so far, this smartphone will come with a bezel-less design and a dual edge curved display. The protruding camera at the rear of this device might be a downside to this smartphone if the rumors are true.

It will be powered by top-notch Qualcomm Snapdragon 835 chipset coupled with 6GB/8GB of RAM and 128GB of internal storage. It comes with a dual camera set-up and will be launched with 749 euros price tag in Europe. All these are just rumors and none of the speculated specs so far have been confirmed or gotten from a reliable source.